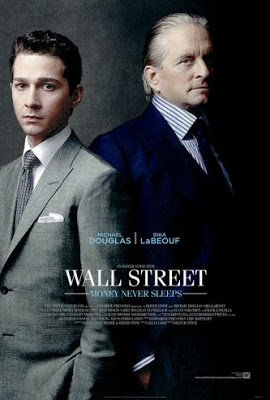 The lead headline in The New York Times is “Extensive Fraud Appears to Mar Afghan Election.” The line below is “A Blow to Credibility,” as if anyone who follows Afghanistan, a country known for blatant and notorious corruption, would be at all surprised by this latest “blow.” This “blow” followed an earlier “blow” a few weeks back with the disclosure of the crash of the Kabul Bank with $300 billion still unaccounted for.

In America, another fraud: CNN reported the next morning that the pathetic blonde beauty-celebrity Lindsay Lohan put up $300,000 to get out of jail. That’s the kind of story American media considers worthy of constant “Breaking News” attention.

I ask this question, sort of knowing the answer, after two recent back-to-back film experiences.

Last Thursday I spoke at a packed screening of my film Plunder: The Crime of our Time that indicts financial crimes and corruption behind the financial crisis. The audience seemed overwhelmingly positive except for one Wall Streeter in the house who insisted that while there may have been “ethical lapses,” no crimes were committed, an expression of a conventional wisdom that most of the media has reinforced without investigating any evidence.

At a reception after the film in Suburban Long Island’s Cinema Arts Center, several people told me that one impact the crisis has had on them is sleeplessness because of anxiety over whether they can pay their bills and avoid joblessness and foreclosure.

Ironically, film director Oliver Stone also had sleep on his mind, as “Money Never Sleeps” is the subtitle of his remake of the movie Wall Street. To my surprise, the theater was not packed for a film distributed ironically by the money of mad mogul Rupert Murdoch’s 20th Century Fox company.

After watching the movie, I realized why the right-wing Rupert Murdoch could be comfortable enough releasing the latest from the nominally left-wing Oliver Stone.

The movie built an “explainer” around a love story that in the end was as much about child-parent conflicts and pretentious philosophizing as the background of the collapse of Wall Street — which is treated, ultimately, from a “we are all to blame” viewpoint. In many ways the movie celebrates the brash culture of greed and excess of our era while we watch Michael Douglas’ portrayal of Gordon Gekko, known in earlier times for the slogan “Greed Is Good.”

Now, greed is everywhere, and there ain’t much we can do about it.

Personally, I saw many of the stories I reported in my film turn up in his — with even the same lines — leading me to unprovable suspicions after having given my film personally to Stone with a request for his help months earlier.

How naive of me. We are in different leagues, clearly, and maybe on different sides.

In an interview on CNN, Stone seemed to argue that free speech is more of an issue than the insolvency of the banks. He became totally obsessed with the rumors that brought down Bear Stearns, an issue I explore in depth. Stone told CNN:

What I found out, what shocked me back in 2009, was that Goldman Sachs and those type of banks were really going long and short at the same time and were actually selling out on their clients. I thought that was shocking information to me, as well as the power of rumor, which, amazing. We show the power of that and how it can destroy a company…

I’m not so sure that’s good for the system, although it’s more transparent. But it does lead to circles of viciousness and rumor and hype and a stock, as you know, drops. I mean, look at what happened a few months ago, right? The market just crashed. So what’s going to happen?

It does scare me, and I think it’s the nature of the modern world, I suppose.

There you go, “rumor,” mentioned as a causative factor 4 or 5 times; insolvency/leverage? Zero. Those poor, poor Wall Street banks — they’re victims, you know.

The movie dances on all sides of the issues, actually featuring an on camera cameo by Stone, of course and, Grayon Carter, editor of Vanity Fair, who I quote in my film and book, The Crime of our Time, because he labeled the crisis “the greatest non-violent crime in history” Stone feigns to that view but ultimately rejects it.

Hedge Fund investor Jim Chanos, who I also quote, and who has called for the prosecution of wrongdoers, was even an advisor. It seems like he was wanted for his insight more on the atmospherics of the scene, not his demand for more perp walks.

Wall Street 2 features a father-son subtext as the young banker played by Shia LaBeouf watches as his mentor — at a firm made to resemble Bear Stearns or Lehman Brothers — commits suicide after the company is brought down by rumors and dirty tricks. In the end he marries and has a son with Gekko’s daughter who, natch, runs a left wing website.

The kid is named Louie after the banker who died. Undisclosed is that Stone’s dad who worked on Wall Street was also a Lou. Clearly this movie was as much about the personal psychodrama of Stone’s life as many of his earlier films were about the ghosts of Vietnam. His movies about Nixon and W also featured father-son conflicts. The banker who died by jumping into the subway, Frank Langella, recently played Nixon in the movie about David Frost’s interview.

More disturbing was the film’s failure to call for any action. It starts with Gekko getting out of jail and getting back in the industry. So jail, in the end means nothing.

Many Wall Streeters interviewed about the film seemed confused about its message and meandering plot points. Most (including myself) liked the luscious cinematography of New York that even profiled Bernie Madoff’s former office, as well as David Byrne’s great music. Said former banker Nomi Prins who is in Plunder, “ I liked it until halfway through, and then it was a hodge-podge bunch of events.”

Always, Oliver Stone seems a propagandist and apologist… One so successful and perspicacious as Oliver Stone must know generally where the truth lies. Would it be any news to him that the United States is over-extended from a monetary and military standpoint? Or that Fed money printing was the proximate cause of the economic crash. It should not be too hard to figure this out. The Internet is full of such analyses.

Critic Roger Ebert liked the film but added, “I wish it had been angrier. I wish it had been outraged. Maybe Stone’s instincts are correct, and American audiences aren’t ready for that. They haven’t had enough of Greed.”

Did those “instincts” lead to the pandering, or was it just the logic of the market or Murdoch’s neutering its critical edge with an insistence to “just tell us a story, Oliver, if you want this to be big.”

In my experience, audiences I met were furious about what’s happened to them and the country. Late last week Paul Volker warned that the financial system is still broken. Others fear another crash is only just a matter of time. This reality is not evident on Oliver Stone’s radar screen.

After my screening, a man named Milton told me he is active in the Democratic Party, but that the Dems will not really act against Wall Street. “They don’t have the guts,” he said. Can the same be said about Oliver Stone, who loves the Hugo Chavez’s of the world South Of The Border, but echoes CNBC here at home?