Harry Targ : Social Movements and the Forces of Reaction 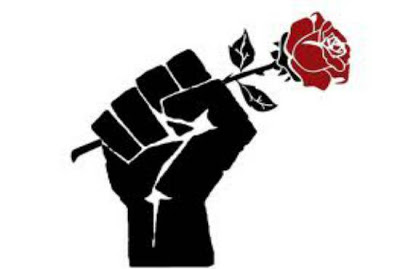 Image from KXL.com.
Progressive social movements and
the reactionary forces that oppose them

“Of course, Big Labor’s coercion of employees into paying union dues to subsidize its political agenda isn’t new, since this practice is as old as the 1935 National Labor Relations Act (NLRA). But with AFL-CIO president John Sweeney beating his chest about the Federation’s political spending, the coercion of workers to fund the AFL-CIO’s political operations became news.” — National Right to Work Legal Defense Foundation, Inc, September 9, 1997

“A source with direct knowledge of decision-making at Komen’s headquarters in Dallas said the grant-making criteria were adopted with the deliberate intention of targeting Planned Parenthood. The criteria’s impact on Planned Parenthood and its status as the focus of government investigations were highlighted in a memo distributed to Komen affiliates in December.” — Associated Press, February 7, 2012

“WHEREAS, the Association of Community Organizations for Reform Now (ACORN) was founded in 1970 with the mission of increasing voter participation, delivering services to inner-city neighborhoods, community organizing, and carrying out issue campaigns; (followed by a list of financial and other transgressions)

THEREFORE BE IT FURTHER RESOLVED, that ALEC calls on all states to immediately end support for ACORN and groups linked to ACORN.” — From the website of the American Legislative Executive Council (ALEC)

Academics define social movements in different ways and believe they arise for a variety of reasons. They can come from groups that already exist, a growing availability of resources, the rise of crises of one sort or another, and/or from specific issues.

Such movements may take a long time to gestate and grow, or emerge in moments of spontaneity, sometimes rising from inspirational examples. Often they have their roots in the need to react to powerful and negative initiatives by opposing political or economic groups.

The forces of reaction may have as their project immediate efforts to destroy existing rights or prerogatives embedded in public policies. In addition they may see in the policies and groups they oppose the seeds of new ideas that could lead to fundamental social changes that must be challenged.

While reactionary forces may arise to oppose specific changes in policy, their most important legacy is the long-term efforts they employ to crush organizations of people that could see the need for fundamental social change. Therefore, as in the cases of labor, women’s rights, and people’s movements, reactionary forces are fundamentally committed to long-term organizing, rolling back the very forces that have provided some services to those not part of the ruling class.

We can see examples of the rise of social movements out of reactionary programs in the recent battles over “Right-to-Work for less” legislation in the state of Indiana and the spreading campaigns to bring similar legislation to states throughout the industrial heartland. Right-to-Work campaigns have followed on efforts to diminish worker power to destroy rights of public employees to organize and to make difficult worker organizing in any venue.

The data comparing the conditions of workers in Right-to-Work states with others clearly shows that the former experience lower wages, health benefits, ashop-floor safety, and their families fewer rights to health care and retirement security.

More generally, in a thorough recent report on the role of unions in American life, the authors of a Center for American Progress Action Fund study (David Madland and Nick Bunker) point out that virtually every positive social change in the United States has received strong support from organized labor. Historically, during periods of high union density (high percentages of workers in unions), all American workers have benefited in terms of wages, benefits, and workplace rights.

In addition, organized labor has been among the strongest institutional supporters of the Democratic Party, and on occasion, some trade unionists have supported progressive third party campaigns (from the Henry Wallace campaign for president in 1948 to Green Party campaigns by candidate Ralph Nader).

Further, the existence of a vibrant labor movement is vital for workers everywhere. Those who oppose organized labor, such as the National Right to Work Legal Defense Foundation quoted above, do so for reasons of short term gain. Right-to-Work laws may weaken unions, lead to declining wages, and create larger profits.

But more important, destroying the labor movement and the very idea that workers have rights and those rights have the potential of being realized in strong organizations of their making seems vital to economic and political elites who are always striving to create a society dominated even more by industrial and finance capital.

Trade unions, while driven by the defense of basic interests today, imply the possibility of creating a society that privileges worker rights and democracy. From the standpoint of big capital, this remains the ultimate danger that must be stamped out.

Just as trade unions embody the possibility of real democracy for workers, women’s rights to make choices about their own bodies constitute the same kind of immediate and long-term reality. The signature target of the reactionary right is Planned Parenthood of America. Planned Parenthood provides a broad array of reproductive health services for women, particularly poor women. Only a small percentage of their resources are allocated for abortions.

In addition the mission of Planned Parenthood is to create the conditions in which each individual can manage his/her own fertility, what they refer to as “reproductive self-determination.” To achieve this goal Planned Parenthood works to provide reproductive and comprehensive health care, including advocating public policies to achieve the mission.

Reactionary forces, from the American Legislative Executive Council (ALEC) to various national anti-abortion groups, and most recently Susan Komen for the Cure (ostensibly apolitical) have mobilized not only to shrink Planned Parenthood services to women but to eliminate the organization itself.

For some, abortion is anathema for theological reasons. But for most, Planned Parenthood represents institutionally the basic rights of women to control their own bodies and by implication the provision of accessible and comprehensive health care.

The rising of the poor, women and men, black and white, employed and unemployed, the young and old, constitutes another fundamental challenge to the economic and political power of reactionary forces in America.

Organizations such as the Association of Community Organizations for Reform Now (ACORN), until it was destroyed by an orchestrated campaign of lies in 2010, received public funding to support programs for low and moderate income families. It promoted voter registration in communities, and advocated for health care reform, public housing, and living wage legislation.

From the vantage point of economic and political elites, power and privilege could be challenged in cities and towns across America if community organizations such as ACORN developed programs of action and service.

These three organizations together represent labor, women, and grassroots poor people’s campaigns. They are the embodiment of popular forces which seek to end exploitation, sexism, and racism. Implicitly they stand for the construction of a different kind of society in which these pathologies do not exist.

That is why all three — organized labor, Planned Parenthood, and ACORN — have been and continue to be under assault. And that is why progressive campaigns need to be organized around the fundamental connections between class, gender, and race and to defend labor, women’s, and community organizations.

1 Response to Harry Targ : Social Movements and the Forces of Reaction