Harry Targ : The Power of a Good Example 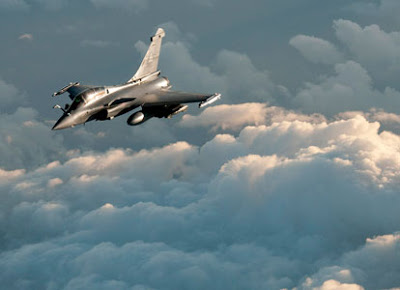 NATO and the old narrative. Photo from AFP.

The power of a good example:

The Arab Spring and the Libyan Fall

For many years those of us who followed United States/Cuban relations puzzled over the variety of explanations for why United States policy toward the small island was so hostile. Some spoke of the fear of “communism,” others the influence of anti-Castro Cuban-Americans, and still others how American politicians for 200 years believed Cuba really belonged to the United States.

An alternative explanation, some felt, was the power of a good example. This latter thesis suggested that since Cuban socialism was providing good health care and education for its people and since the quality of life and culture in Cuba had been thriving under socialism, others might choose the Cuban path to building their own political, economic, and cultural institutions. This development, that is an improving quality of life on the island, must be disrupted.

In January and February, 2011, masses of Tunisians and then Egyptians went into the streets to protest the dictatorial governments that ruled their lives for years. As it turned out, protests, at least in Egypt, were part of a long tradition of activism, fueled by enthusiastic organizing efforts of young people.

Massive mobilizations included youth, women as well as men, workers, religious and secular people, and Egyptians of all educational levels and occupations. While many protestors over the weeks were victimized by police and military, they committed themselves, in part out of necessity, to non-violent resistance.

In Egypt the immediate goal was the ouster of the 40-year dictator, Hosni Mubarak, but people interviewed in the streets indicated that in addition to democratization they wanted jobs, and improved living standards, and rights for all Egyptians irrespective of class, ethnicity, religion, and gender.

Some analysts claimed that protesters knew that their struggle for a better life was a long-term one that would extend well beyond the overthrow of the dictator. While they sought support from the powerful military, they had no illusions about the role the military would play in the long-term.

Their force was in their numbers, their determination, their articulated vision, and the inspiration they communicated to each other and to those in similar situations all around the world. Protestors in Madison, Wisconsin, began to refer to peoples movements “from Cairo to Madison,” suggesting that non-violent mass mobilizations representing progressive majorities could spread throughout the Middle East, Europe, the United States, and elsewhere.

The Arab Spring was another “power of a good example.”

But in early March, after a seeming upsurge in protest against the dictatorship in Libya and threats against those in rebellion, the United Nations voted to authorize NATO forces to be used in that country if human life was threatened.

As we know, NATO launched a massive air war, presumably against targets of the Muammar Gaddafi government. That set off a violent war between unidentified rebels and the Libyan government. Now it seems that the rebels backed by NATO bombing and arms are on the verge of toppling the Gaddafi government.

In this latter case, the rebels have engaged in violence, the Libyan government engaged in violence, and NATO forces have unleashed massive violence. Media coverage is of the bombing, the fighting, and the eccentric behavior of the Libyan dictator. But NATO has exceeded its UN mandate to engage in humanitarian intervention. And we know little about the rebels except that they employ violence.

And in the end, the Libyan experience returns us to the old narrative: a crazy dictator, brutal violence on all sides, and a virtual absence of declaration of any vision and purpose by those fighting on either side.

Contrary to the vision of the nonviolent youthful workers, men and women, who went out in the streets of Cairo, we have returned to the old Middle East narrative of guns, brutal dictatorships, massive bombings, death and destruction, and great powers to the rescue.

NATO countries can heave a sigh of relief: the Arab Spring is over.

1 Response to Harry Targ : The Power of a Good Example