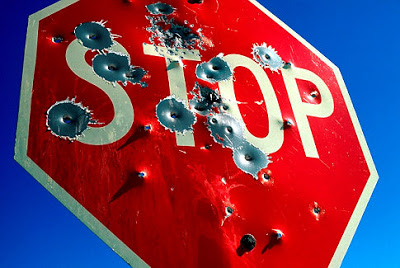 In recent decades — despite the fact that last year there were over 11,000 murders by firearms in the U.S. and another 20,000 gun deaths from accidents and suicide — the great majority of American politicians have been too gutless to fight for tougher laws.

There is more than the act of one individual involved in the mass gun killings that take place in America — the most recent being the massacre of 20 young children and seven school workers at the Sandy Hook Elementary School in Newtown, Conn., December 14.

The main culprit, of course, is the late killer, Adam Lanza, 20. But such events occur within a context of shared responsibility for the unparalleled number of mass and individual shooting deaths that take place in the United States every year. This includes the political system and politicians, the National Rifle Association and other gun lobbies, and federal, state and local governments. Each has played an indirect role in the latest and earlier slaughters.

Of these other responsible parties, one is our political system that refuses to strengthen absurdly deficient federal and state restrictions on the possession of various types of arms. Another is the irresponsible politicians who make it relatively easy for criminals, people with mental problems, and those who are unfit to possess weapons for other reasons to accumulate a private arsenal.

In recent decades — despite the fact that last year there were over 11,000 murders by firearms in the U.S. and another 20,000 gun deaths from accidents and suicide, not to mention many more injuries — the great majority of American politicians have been too gutless to fight for tougher laws.

President Obama was moved to tears in announcing the deaths of 6- and 7-year old children in Newtown, and said he might take “meaningful action” of an undefined nature. But Obama is risk averse and has shown a disinclination to tangle with the pro-gun lobbies throughout his first term — so there’s a chance all we’ll get is tears and rhetoric even though 80% of the American people want gun owners to secure police permits, and nearly 90% would require background checks on all gun sales.

On the other hand, the fact that 20 youngsters were massacred has shocked the nation to the extent that it may be politically advantageous for the White House and Congress to pass token legislation. Most conservative Republicans will do whatever is possible to block progress on gun control, but they may be less obstructive if a proposed law is weak and limited. No major changes are anticipated.

At one time, the Democratic presidents were willing to support gun control measures, in contrast to the recalcitrant rightists, but that’s changed in recent years. President Lyndon Johnson in the 1960s was a strong advocate, seeking passage of national legislation demanding that firearms owners obtain licenses registering all guns and rifles. It failed.

After a mass shooting in the early 1990s President Bill Clinton fought for and won two gun control laws. The Democrats were quiet during George W. Bush’s eight years and silent during the last four.

Next in responsibility for the murders is the National Rifle Association and other gun owner or industry lobbies such as the Gun Owners of America, which sports an executive director, Larry Pratt, who actually made this comment soon after the school killings:

Gun control supporters have the blood of little children on their hands. Federal and state laws combined to insure that no teacher, no administrator, no adult had a gun at the Newtown school where the children were murdered. This tragedy underscores the urgency of getting rid of gun bans in school zones.

The well-funded and fanatically supported gun lobbies greatly influence the politicians through payoffs and the threat of uncompromising electoral opposition. In order to fulfill its function as the propaganda instrument of the firearms owners and industry, the NRA argues disingenuously that the slightest regulation will eventually lead to banning of all guns for civilians, including those for home defense, hunting, and target shooting.

A large percentage of Americans appear to believe the lobby’s extremist propaganda and oppose efforts to strengthen gun laws. They seem to think a constitutional amendment provides them the right to convert society into a modern version of the Wild West, where we can “stand our ground” with bullets even against the innocent and unarmed if we claim to have been threatened.

In this regard, writes Zack Beauchamp Dec. 14 in AlterNet:

The Second Amendment prohibits strict gun control. While the Supreme Court ruled in D.C. v. Heller that bans on handgun ownership were unconstitutional, the ruling gives the state and federal governments a great deal of latitude to regulate that gun ownership as they choose. As the U.S. Second Court of Appeals put it in a recent ruling upholding a New York regulation, “The state’s ability to regulate firearms and, for that matter, conduct, is qualitatively different in public than in the home.” Heller reinforces this view. In striking D.C.’s handgun ban, the Court stressed that banning usable handguns in the home is a “policy choice” that is “off the table,” but that a variety of other regulatory options remain available, including categorical bans on firearm possession in certain public locations.

The federal government, too, must assume responsibility for creating a national culture of guns and violence that leads to continuing mass murders and individual killings. They averaged 30 a month last year. For every 100,000 residents, the U.S. averages five murders. In England it’s 1.2 murders; in Japan it’s 0.5.

The U.S., working with the arms industry, is the biggest seller of weapons worldwide, mostly to foreign militaries. It also entertains the greatest military arms budget in global history. And by its glorification of the military and of war Washington has contributed mightily to the sense that we are a gun-slinging people, at home as well as abroad, on Main Street USA as well as al Rasheed Street Baghdad.

America is the most violent country of all the advanced industrialized nations in the Organization for Economic Co-operation and Development (OECD). From slavery to the displacement and annihilation of the original peoples in order to seize the entire continent, to modern day wars, regime changes, and torture overseas, “violence is as American as cherry pie,” as H. Rap Brown once reminded us.

On July 30, Mother Jones magazine informed its readers that, in the U.S. during the last 30 years, there “have been at least 62 mass murders carried out with firearms across the country, with the killings unfolding in 30 states from Massachusetts to Hawaii.” This includes 2012’s “horrific mass murder at a movie theater in Colorado on July 20, another at a Sikh temple in Wisconsin on August 5, another at a manufacturer in Minneapolis on September 27 — and now the unthinkable nightmare at a Connecticut elementary school.”

State and local governments must assume responsibility as well for contributing toward a violent and gun-loving society. Considerable moves toward militarizing the police have taken place in recent decades as a result of the exaggerated drug wars and hyped-up terrorism wars. In the 20 years leading up to 2007 (the latest figures), special weapons and tactics teams (SWAT) have increased 1,500 percent.

Police brutality is a frequent reality — mostly but not exclusively in urban areas and at political, worker, or popular protests and occupations. We’ve handed our police departments a huge array of violent instruments that are, to say the least, disproportionate to most situations. Here is some of their equipment:

In combination — weak gun laws and a compliant political system fearful of powerful lobbies; a national history of violence, militarism, and frequent aggressive wars against smaller nations; and the gradual militarization of police — these are factors that have significantly helped create the gun culture in the United States.

It’s time to change all of this, but it’s not on the immediate horizon. Enhanced gun control, however, has a chance over the next several years. The great majority of Americans call for expanded gun control. Today, 40% of gun owners have not even been subjected to a background check. It should be everyone. Every gun owner should also have a license from whatever authority issues them. At present, trade shows and private sellers don’t need registration or license information. This must change. And it would be good if there was one overall national law instead of different state laws.

Obviously there should be a reduction in the number of guns in the U.S. The purchase of assault weapons, and automatics with large magazines should be banned, as should large private arsenals. There used to be a law regulating assault rifles but it expired. It was very weak with many loopholes and a new one should be much tougher. A number of people think assault rifles should be completely banned.

Some gun control advocates see no need for concealed handguns at all on the streets at all, much less efforts to allow them in schools, sporting events, bars and elsewhere.

The American people are not seeking to place impossible obstacles in the way of gun ownership. They want tighter regulation and licensing. Banning all guns except for those possessed by the military and the police will never pass, and shouldn’t for a number of reasons including the fact that political systems can and do go wrong. At times, an armed citizenry is most necessary.

There are a number of good gun control groups in the U.S., such as the well-known Brady Campaign to Prevent Gun Violence, but they are small with not much clout. It is time for the American people, especially the liberals, progressives, and the left, to unify in action on this issue and organize mass political and electoral activism for as long as it takes to vastly reduce gun violence in America.

I’m sure we all agree with these lines from an editorial in The New York Times the day after the shooting in Newtown: “There is no crime greater than violence against children, no sorrow greater than that of a parent who has lost a child, especially in this horrible way.”

It is good to remember this in terms of all children, not just our own. According to the UN, a half-million children, many even younger than those at the Sandy Hook Elementary School, died as a result of Washington’s 1990-2003 sanctions against Iraq. We don’t have the child death figures from the wars in Afghanistan an Iraq but we do have some regarding Vietnam from various online sources:

Remember the children — from Newtown to Vietnam!

2 Responses to Jack A. Smith : What’s Behind America’s Gun Violence?