James McEnteer : Obama, Can This Really Be the End? 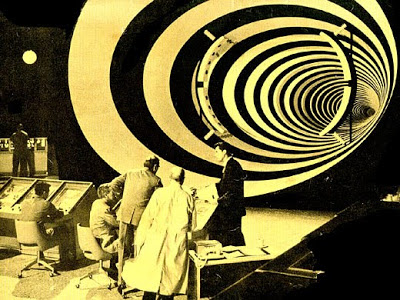 Sixties flashbacks. Image from Cabbages and Kings.
Acid reflux flashbacks:
Obama, can this really be the end?

[Though we share much of his frustration, the opinions expressed by James McEnteer are his own — and not necessarily those of The Rag Blog. But they certainly represent an increasing feeling of disillusionment with the Obama administration on the part of progressives, and should be voiced.]

To be stuck with Bush’s tax cuts and progressive blues again… I can’t wait any longer. I’m putting on my t-shirt that says: “I voted for Hope and Change and all I got was Bubba Lite.”

I’m having classic Sixties flashbacks, like to ’64, when Lyndon Johnson tarred his presidential opponent Barry Goldwater as a crazy warmonger, then escalated Vietnam into a hella conflict. Guantanamo’s still in business. Fifty thousand troops remain in Iraq and it’s clear now that some always will.

Afghanistan, a famously hopeless quagmire for invaders long before the Soviets spent their blood and treasure there two decades ago, remains a sinkhole of American hopes and ideals. What would victory there look like? O when will they ever learn? O when will we ever learn?

Now we know why Obama won’t prosecute Bush and Cheney and Rumsfeld for crimes against the Constitution and humanity. He’s following their blueprint.

For liberals, what could be worse than George WTF Bush? How about a well-spoken version of that putz, who knows better but continues all his uncivilized policies anyway?

Then it’s one, two, three, what are we voting for? Don’t ask me, we don’t have a voice. All we’ve got is Hobson’s Choice. Tweedle Dumb and Tweedle Damn-nation.

With millions of Americans unemployed where are the strategies for job creation? Investments in infrastructure? Education? Only the military is hiring. They’ve got turnover. What are they/we fighting for again? Oil? Goldman Sachs? Weapons testing? Are we for or against the Pakistanis? The Turks? The Argentines? Suppose they gave a war and nobody came?

Wikileaks reveals cynical, duplicitous U.S. State Department machinations. But unlike the Pentagon Papers, these new data dumps don’t surprise a jaded, already shell-shocked public. Some things and people have changed since the 60s. No one these days expects our government or mass media to tell the truth.

Hillary Clinton now condemns the transparency of government she once favored back in the day at Wellesley. She’s gone over to the Dark Side now, where Bill O’Reilly and other right-wing screamers demand Death to Julian Assange!

Wikileaks underscores how the so-called U.S. “news establishment” professionals are mere mouthpieces for their corporate/political masters. Real reporting threatens them. The U.S. is spying on its allies and has a low opinion of almost all foreign leaders? Death to Julian Assange!

Let’s have a REAL election in 2012. Screw the Paralyzed, Compromised Center. Who is their constituency? Screw the lesser of two evils. Let’s get the whole country emotionally involved at last and figure out who we really want to be. Stop with the tiptoes!

Let the Tea Party nominate Sarah Palin while the Republican Establishment puts up Mitt Romney. Democratic Regulars can stand behind Obama if they must. It’s time for progressives to nominate someone else, someone real, who will walk the walk, not just lip sync the talk.

Those of us on the left who backed Obama as the Anti-Bush have been betrayed. He resembles Bill Clinton in ’92, who knew what progressives wanted to hear, then raced right to save his political life, selling his shriveled soul for “Welfare Reform.” Same old same old.

Rahm Emmanuel and Joe Biden told us to stop whining because Obama’s all we’ve got. Go piss up a rope, guys.

Obama’s not with us or for us and now it’s painfully clear he never was. As they used to say in the Sixties, if you’re not part of the solution, you’re part of the problem. That’s Barack around the clock. I voted for him in 2008 but I won’t vote for him in 2012 if he runs unopposed.

[James McEnteer isn’t entirely sure what happened in the 1960s, but he was there.]

1 Response to James McEnteer : Obama, Can This Really Be the End?