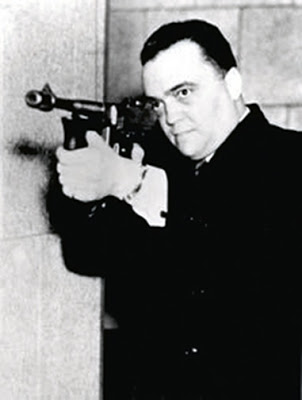 J. Edgar Hoover and friend.
Part I
Who Watches the Watchman?

[A version of this series was originally researched and written six years ago. It describes in chilling detail how the U.S. government surreptitiously conspired to maintain lockdown social control of American citizens in the period up to and including post-Watergate. Go here for the introduction to “Who Watches the Watchman.”]

Every high school civics class in America intones the same message that, in a manner unprecedented in world history, the United States’ tripartite form of government with its system of “checks and balances” — all of which begin and end at the ballot box — provides its fully enfranchised, politically involved citizenry with the freedom to direct political will over the way we are governed.

Such is the mythology exported to all corners of the earth — ”America, land of the free” — in the form of “democratic nation building.”

Imagine then the surprise of thousands of Americans who, in 1971 and thereafter, discovered the existence of another American “government,” a would-be police state, a secret totalitarian government operated by a handful of anti-democratic white men heading the nation’s powerful and virtually autonomous intelligence agencies with the blessing of every American president from Franklin Roosevelt (and before) through Richard Nixon (and beyond). This “shadow” government peeped through keyholes, broke into homes and business offices, searched garbage cans, illegally opened mail and tapped phones, and compiled lengthy lists of “enemies,” designating tens of thousands of American citizens for incarceration in detention camps in the event of an undefined “national emergency” — for no other reason than the fact that they did not agree with the government’s policies.

And when these tactics failed to achieve the desired ends, this secret cabal launched a clandestine series of judicial frame-ups and political assassinations. In carrying out these clandestine operations against alleged subversive influences among the American people, the agencies and operatives responsible for repression were themselves practicing an insidious brand of subversion — they were guilty of subverting the U.S. Constitution and Bill of Rights.

Spearheading this American secret police state was the Federal Bureau of Investigation, headed by its aging, conspiracy-obsessed director, J. Edgar Hoover. In the wake of the collapse of Senator Joseph McCarthy’s anti-Communist crusade and amidst growing administration concerns about the U.S. Communist Party’s potential to commit “espionage and subversion” following the outcome of the Rosenberg trial, President Eisenhower on March 8, 1956, convened a meeting of the National Security Council at which Hoover briefed those present on the scope of the FBI’s surveillance of the Communist Party USA, including the bureau’s use of such illegal investigative techniques as break-ins, bugs, mail openings, and wiretaps; Hoover added that, in the interest of protecting national security, the FBI was seeking, in Hoover’s words, to “infiltrate, penetrate, disorganize and disrupt” the Communist party.

When he encountered no criticism following this disclosure of the FBI’s illegal activities and future plans, Hoover, on his own authority and without prior authorization of the attorney general or the president, in August 1956 launched the bureau’s first official Counter-Intelligence Program (code named COINTELPRO — Communist Party) to “harass, disrupt, and discredit” the party by targeting key officials and members and non-Communist radical activists as well.

Mindful that a series of recent Supreme Court decisions had limited the Justice Department’s ability to prosecute American Communists, Hoover shifted COINTELPRO’s mission away from developing information for prosecutorial purposes toward the use of aggressive tactics to contain and disrupt radical activists. As the program in the 1960s expanded to include first the Socialist Workers Party and Puerto Rican independence movement, followed by the Ku Klux Klan and white hate groups, then Black nationalist groups, and finally the New Left and American Indian Movement, more and more authority was granted to FBI field operatives to use subterfuge, plant agents provocateur, leak derogatory information to the media, and employ other disruptive tactics to destabilize the operations of the targeted groups. Similar tactics were employed against prominent individuals (such as the Rev. Martin Luther King, actress Jean Seberg, and attorney Leonard Boudin) whose political influence alarmed the FBI director.

Fourteen months later, following the Columbia University strike and with anti-Vietnam War protests mounting in size and intensity across the nation, Hoover launched what would become the final phases of COINTELPRO, targeting the student-led anti-war movement and soon adding the leadership of the Native American struggle. In his July 5, 1968, letter to field operatives, Hoover outlined a twelve-point plan for “counterintelligence action against the New Left.” The FBI secretly instructed its field offices to propose schemes to “misdirect, discredit, disrupt and otherwise neutralize “specific individuals and groups.” Close coordination with local police and prosecutors was encouraged. Top FBI officials in Washington, wherein final authority on operations rested, demanded assurance that “there is no possibility of embarrassment to the Bureau.” 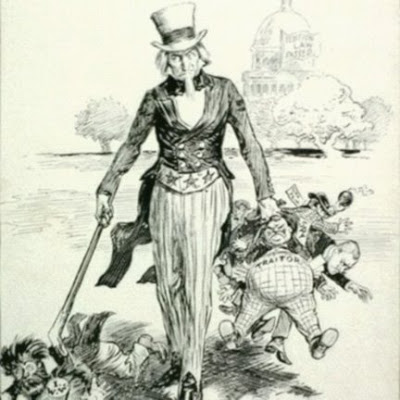 Once again the goal was not to build judicial cases but to disrupt and destroy the political work being done by targeted individuals and organizations. For instance, when in 1969 an FBI special agent in San Francisco briefed Hoover that his investigation of the Black Panther Party revealed that in his city, at least, the group was primarily involved with feeding breakfasts to children, Hoover fired back a memo implying the agent’s career ambitions were directly related to his ability to supply the evidence that supported Hoover’s view was that the BPP was “a violence prone organization seeking to overthrow the Government by revolutionary means.” Hoover, with even more alacrity and candor, stated in a later departmental memo, “The purpose of counterintelligence action is to disrupt BPP [Black Panther Party] and it is immaterial whether facts exist to substantiate the charge.”

According to a report presented by members of the Congressional Black Caucus to the United Nations High Commission for Human Rights in Durban, South Africa, last year:

Washington’s repressive shadow government developed equally effective means of neutralizing the activist leaders who escaped the death plots. Often working with sympathetic prosecutors and judges, the FBI was adept at fabricating evidence against targeted individuals and orchestrating subsequent trials so that counter-evidence was suppressed or hidden from the defense team. During the 1960s a number of effective leftist leaders were incarcerated on serious charges and sentenced to long prison terms, based on fictional evidence. One prominent example of an FBI “railroad” that became derailed was the New York City Black Panther 21 case, which in 1969 became the longest criminal trial in New York history — the prosecution spent months presenting evidence carefully contrived by the FBI and its informants and agents provocateur against the New York Black Panther Party leadership; the jury took less than ninety minutes to reach “not guilty” verdicts in all of the 156 counts against the thirteen defendants who stood trial.

In the case of the American Indian Movement, this has meant the wholesale jailing of the movement’s leadership. Virtually every AIM leader in the United States has been incarcerated in either state or federal prisons since 1968, some repeatedly. After the 1973 siege at Wounded Knee, the FBI caused 542 separate charges to be filed against those it identified as “key AIM leaders.” These resulted in fifteen convictions, all on such petty or contrived offenses as “interfering with a federal officer in the performance of his duty.” AIM leader Russell Means faced thirty-seven felony and three misdemeanor charges, none of which held up in court. However, AIM members often languished in jail for months as the cumulative bail required to free them outstripped the financial resources of AIM and its supporters. AIM’s most famous political prisoner, Leonard Peltier, is into his third decade of federal incarceration.

Go here for James Retherford’s introduction to “Who Watches the Watchman,” including his personal experiences as a victim of the COINTELPRO program.

4 Responses to James Retherford : Who Watches the Watchman? J. Edgar Hoover and COINTELPRO