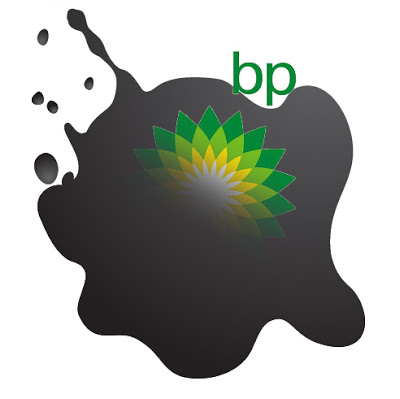 Image from GRIID
.
Two years after the BP drilling disaster,
Gulf residents fear for the future

“The Gulf is a robust ecosystem and it’s been dying the death of a thousand cuts…” — Aaron Viles, Gulf Restoration Network.

On April 20, 2010, a reckless attitude towards the safety of the Gulf Coast by British Petroleum, as well as Transocean and Halliburton, caused a well to blow out 5,000 feet below the surface of the Gulf of Mexico.

As the world watched in horror, underwater cameras showed a seemingly endless flow of oil — hundreds of millions of gallons — and a series of failed efforts to stop it, over a period of nearly three months. Two years later, that horror has not ended for many on the Gulf.

“People should be aware that the oil is still there,” says Wilma Subra, a chemist who travels widely across the Gulf meeting with fishers and testing seafood and sediment samples for contamination.

Subra says that the reality she is seeing on the ground contrasts sharply with the image painted by BP. “I’m extremely concerned on the impact it’s having on all these sick individuals,” she says. Subra believes we may be just at the beginning of this disaster. In every community she visits, fishers show her shrimp born without eyes, fish with lesions, and crabs with holes in their shells. She says tarballs are still washing up on beaches across the region.

While it’s too early to assess the long-term environmental impact, a host of recent studies published by the National Academy of Sciences and other respected institutions have shown troubling results. They describe mass deaths of deepwater coral, dolphins, and killifish, a small animal at the base of the Gulf food chain.

“If you add them all up, it’s clear the oil is still in the ecosystem, it’s still having an effect,” says Aaron Viles, deputy director of Gulf Restoration Network, an environmental organization active in the region.

The major class action lawsuit on behalf of communities affected by the spill has reached a proposed $7.8 billion settlement, subject to approval by a judge. While this seems to have brought a certain amount of closure to the saga, environmentalists worry that any settlement is premature, saying they fear that the worst is yet to come.

Pointing to the 1989 Exxon spill off the coast of Alaska, previously the largest oil spill in U.S. waters, Viles said that it was several years before the full affect of that disaster was felt. “Four seasons after Exxon Valdez is when the herring fisheries collapsed,” says Viles. “The Gulf has been a neglected ecosystem for decades — we need to be monitoring it closely.”

In the aftermath of the spill, BP flooded the Gulf with nearly 2 million gallons of chemical dispersants. While BP says these chemicals broke up the oil, some scientists have said this just made it less visible, and sent the poisons deeper into the food chain.

It is widely agreed that environmental problems on the coast date back to long before the well blew open. The massive catastrophe brought into focus problems that have existed for a generation. Land loss caused by oil company drilling has already displaced many who lived by the coast, and the pollution from treatment plants has poisoned communities across the state — especially in “cancer alley,” the corridor of industrial facilities along the Mississippi River south of Baton Rouge.

“The Gulf is a robust ecosystem and it’s been dying the death of a thousand cuts for a long time,” says Viles. “BP is legally obligated to fix what they screwed up. But if you’re only obligated to put the ecosystem back to where it was April 19, 2010, why would we?”

Fishing is a huge part of the economy for the Gulf Coast. Around 40% of the seafood caught in the continental U.S. comes from here. Many area fishermen were still recovering from Hurricane Katrina when the spill closed a third of Gulf waters to fishing for months.

George Barisich, president of the United Commercial Fisherman’s Association, a group that supports Gulf Coast fishers, says many fishers still had not recovered from Hurricane Katrina when the oil started flowing from the BP spill. Now, he says, many are facing losing their homes. “Production is down at least 70 percent,” compared to the year before the spill, he says. “And prices are still depressed 30, 40, 60 percent.”

In a video statement on BP’s website, Geir Robinson, Vice President of Economic Restoration for BP’s Gulf Coast Restoration Organization, says that the company believes the legal settlement will resolve most legitimate economic claims. “We do have critics,” adds Robinson. “And we’re working hard every day to show them that we will meet our responsibilities.”

Environmentalists and scientists also complain that the Obama administration has let down the Gulf Coast. Viles is critical of the role the U.S. government has played, saying that by inaction they seemed to protect BP more than coastal communities or the environment. “The coast guard seems to empower the worst instincts of BP,” Viles says. “I don’t know if it’s Stockholm Syndrome or what.”

International environmental groups have also joined in the criticism. Oceana, a conservation group with offices in Europe and the Americas, released a report criticizing the U.S. government’s reforms as being either ineffective or nonexistent, saying “offshore drilling remains as risky and dangerous as it was two years ago, and that the risk of a major spill has not been effectively reduced.”

Theresa Dardar lives in Bayou Pointe-au-Chien , a Native American fishing community on Louisiana’s Gulf Coast. Dardar and her neighbors have seen their land vanish from under their feet within their lifetimes due to canals built by the oil companies to access wells.

The canals brought salt water into freshwater marshes, helping cause the coastal erosion that sees Louisiana lose a football field of land every 45 minutes. The main street that runs through the community now disappears into the swamps, with telephone poles sticking out of the water.

Now, in addition to worries about disappearing land and increasing risk of hurricanes, she fears that her family’s livelihood is gone for good. “It’s not going to be over for years,” she says, expressing a widely held concern among fishers here. “We’re just a small Native American fishing community.”

That’s all they’ve done their whole lives. Some of them are over 60. What are they going to do? If BP gives them money for the rest of their lives, that’s one thing. But if not, then what can they do?

[Jordan Flaherty is a journalist based in New Orleans and author of the book Floodlines: Community and Resistance from Katrina to the Jena Six. He can be reached at neworleans@leftturn.org. This article was also published at CounterPunch. Find more articles by Jordan Flaherty on The Rag Blog