Joseph Stack and the Texas GOP : Murder-Suicide of the King’s English 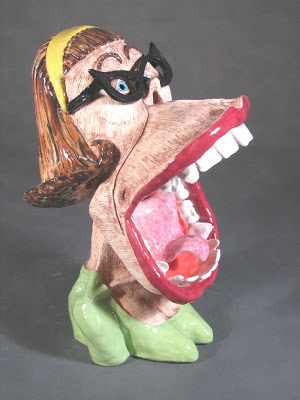 Like fabled ruts gouged into dirt by heavy wheels, or war trenches widened by running boots, English language usage has hardened against all recent attempts to veer away from a mainline madness of selfish and violent arrogance.

Suicide pilot Joseph Stack wanted to write a note that would supply enough therapy “to fix what is really broken.” Instead, he found the process of writing “frustrating, tedious, and probably pointless.” There was a storm in his head that he could not “gracefully articulate.” And so last month he blew up his house and slaughtered a Black federal worker in a fury of violent self-expression.

Or take the case of voters in the Texas Republican Primary who last week cast 61 percent of their ballots for the last name “Porter” because it was not a Hispanic name. Their English-only prejudice ended the promising political career of Victor G. Carrillo, the sitting Chairman of the Texas Railroad Commission.

“Given the choice between ‘Porter’ and ‘Carrillo’ — unfortunately, the Hispanic-surname was a serious setback from which I could never recover, although I did all in my power to overcome this built-in bias,” explained Carrillo in a pained letter to supporters.

These ritualized usages of English that we have seen lately in Texas can only trigger rapid-fire bursts of ignorance, aggression, and intolerance. Maybe we have the internet to thank for this? Communication as flame war? Chairman Carrillo put it this way: “political dynamics have changed some.”

What Stack and Republican voters share is a language they can’t use properly either as an adequate expression of their own feelings or as a medium of critical democratic autonomy. Whether your advanced technology is a single-engine aircraft or an electronic voting machine, if you can’t use your own language to think with, how will you make the wisest use of your tools?

Of course, the language failures of Stack and Republican voters are symptoms of something more widespread. We recall how the “great communicators” of our political life — from Reagan to Obama — can be most effective only when they work from ritualized scripts.

If we believe that Stack dedicated the life of his mind to the triumphant conquest of IRS code, then plain language would warn us right away that he was stalking the domain of the language slayer. The day Stack killed himself and IRS worker Vernon Hunter, I received a communication via federal mail from my online broker regarding the official tax accounting procedures for certain trusts: “Please note: 1099’s will never match the original cash payments received.” In plain English: my income tax for these things will never be based on my income.

As for the bramble of language that counts for Republican discourse in Texas, you could easily get hooked on the idea that Texas government is always superior to Washington government. Until they count the votes in Texas. Then you realize that Texas Republican voters don’t even know the names of Republicans who run the government of Texas.

To be sure, IRS code is imperial jargon, not a living language. And voting is little more than a lottery of jargon mongers. But whatever else might be true of the new anti-taxers or Texas secessionists, they have not proved that they are capable of transcending the jargon of their own white, racist heritage.

Stack’s note asks us to agree that against the jargons of power in America, violence is the “/only/” answer. But isn’t this jargon in its essential form as the murder-suicide of language itself?

[Greg Moses is editor of the Texas Civil Rights Review and author of Revolution of Conscience: Martin Luther King, Jr. and the Philosophy of Nonviolence. He can be reached via jargon or language at gmosesx@gmail.com.]

3 Responses to Joseph Stack and the Texas GOP : Murder-Suicide of the King’s English