Lamar W. Hankins : A Week of Invective over Birth Control and Women’s Health 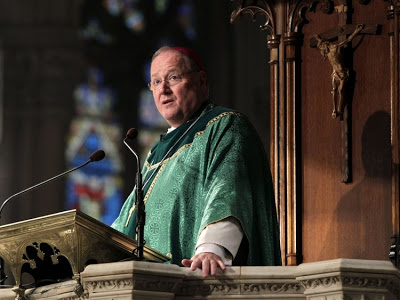 “If a survey found that 98 percent of people had lied, cheated on their taxes, or had sex outside of marriage, would the government claim it can force everyone to do so?” — U.S. Conference of Catholic Bishops

An issue that could benefit from some cool reflection has instead gone toxic virtually overnight. It is the proposed rule about which employers must cover contraceptive health services under the Affordable Care Act (ACA).

A trifecta of circumstances has melded into a cesspool of invective toward President Obama: a long-running Republican race for a presidential nomination, the false claims by evangelicals that the government is at war against religion, and the hatred of Obama by a large group of people from right-wing loonies and racists to ordinary Republican politicians.

I haven’t seen so much hate directed at a politician since the anti-communism of Sen. Joe McCarthy.

Out of the past week of invective, I’ve tried to cull a few points that I hope people of all persuasions are willing to consider, though I’m not holding my breath. Health insurance is an employee benefit, which is one thing that opponents have against the Affordable Care Act (ACA). These opponents don’t want all Americans to have access to affordable health insurance.

Unfortunately, they got their way in 2009 when the ACA was passed. Not everyone will have affordable coverage, but for those who are employees, the Act seeks to assure that they all get the same benefit opportunities. Such equality offends many people.

What has been much-debated this past week is the requirement that all employers — except for religious institutions like churches and synagogues, whose primary business is promoting their religious beliefs — should afford all of their employees the same level of health insurance coverage, including access to birth control. For all other employers, including hospitals, universities, and other institutions engaged in mostly non-religious activities, the rules about health insurance apply.

This rule has infuriated the U.S. Conference of Catholic Bishops, which opposes the use of contraception based on Catholic religious doctrine. Conservatives and evangelicals have piled on for their own political reasons. The bishops want to expand the exemption from the rules so that the exemptions include religiously-affiliated hospitals, universities, and other institutions engaged in mostly non-religious activities offered without regard to a person’s religion or lack thereof.

If the bishops get their way, millions of women who work at such institutions could have inferior health insurance — insurance that will not cover birth control, which has been recognized by the Institute of Medicine as preventative healthcare.

Should a Baptist female English teacher who works for a university owned by Christian Scientists be offered health insurance that covers only services provided by Christian Science Practitioners, who eschew modern medicine in favor of prayer? Should a Jewish female nurse’s aide who works for a Jehovah’s Witnesses hospital be denied health insurance that covers blood transfusions because that denomination opposes them?

If the law is attempting to bring equality and fairness to the health insurance market, women who perform jobs which do not involve teaching religious doctrine or promoting it should not be disadvantaged by those religious doctrines unless they choose to be.

The bishops, reacting to the fact that at least 98% of Catholic women have used contraception sometime during their lifetimes, responded with an illogical statement: “If a survey found that 98 percent of people had lied, cheated on their taxes, or had sex outside of marriage, would the government claim it can force everyone to do so?”

The point is not that the government is forcing employees to violate the law or their personal moral beliefs. Catholic hospitals, universities, and charities are not people. They are institutions doing the same kind of work done by secular institutions. The law merely attempts to assure that all of their women employees are offered the same health insurance coverage offered to women working in similar jobs elsewhere.

And church funds needn’t be used to pay for the health insurance of employees. The earnings of the institutions can pay those costs. The earnings come from the people who use the services, as well as the government.

All of us, including Catholic bishops, pay taxes that are spent for a host of things we disapprove of. As much as I might dislike paying for war, for instance, if taxpayers could choose what their taxes can be used for based on conscience, the entire structure of government would fail.

The Bishops seem to believe that it is fine to engage in activities supported in large part by private individuals and the government without treating all of their female employees, Catholic and non-Catholic alike, with the equality guaranteed by law. The Bishops want to force their religious beliefs on non-Catholics who work for Catholic institutions. Understanding that 98% of Catholic women don’t follow that religious doctrine makes their position hypocritical at best.

The Bishops are not compelled to provide birth control at their hospitals. They are required by this ACA rule only to provide full health insurance benefits to female hospital employees, who are then free to choose which of those benefits to use.

It seems that since the bishops have lost their argument about birth control with Catholic women, they want the opportunity to force their views on non-Catholic women, or to punish them by forcing them to pay extra for contraception.

If this were a completely new rule, the bishops’ response might be more understandable, but the basic rule has been in place for 12 years, based on an Equal Employment Opportunity Commission ruling that employers who provide prescription drugs must provide birth control. The decision was later upheld by the courts.

The bishops had all eight years of the Bush administration to raise objection to the rule, but they did not do so. Instead, they have been planning this attack on the Obama administration for at least the past seven months.

This situation reminds me of the position taken by some pharmacists who refused to fill prescriptions for the morning after pill because it violated their consciences. Such a position is as foolish as mine would be if I decided that I wouldn’t represent thieves, murderers, and rapists because their alleged behavior offends my moral sensibilities.

The job of a pharmacist is to dispense prescriptions. The job of a criminal defense attorney is to represent those accused of crime. If such professionals don’t want to do their jobs, they need to find other kinds of work.

There are two minor differences in this latest rule that extend the old rule slightly. In the current proposed rule, contraceptives must be provided without a co-payment. This doesn’t mean that insured women pay nothing for their coverage. Like virtually everyone who has health insurance, they pay premiums each month, to supplement the amounts paid by their employer. And the new rule does not exempt small employers as the old rule did. Employers with fewer than 15 employees will be covered under the new rule.

The Bishops should forthrightly acknowledge that, in pursuing Catholic doctrine, they have never been concerned about women’s health, especially when it comes to life-threatening pregnancies and pregnancy caused by rape. They have always put doctrine above conscience.

If the Bishops are so concerned about their own consciences, perhaps they should be more sensitive to the consciences of others, and make it possible for such women to make their own decisions, exercising their own free will, when faced with such circumstances.

They might also be sensitive to women’s efforts to lift their families out of poverty by limiting the number of children they bring into the world. But for the bishops, such sensitivities would intrude too far into their own patriarchal mindset and behavior.

Early in this controversy, I thought that perhaps the bishops could rid themselves of this dilemma by contracting out to a third party all decisions about employee health benefits at Catholic-run universities, hospitals, and charities, thus not participating in health insurance decisions.

Now, the Obama administration has decided to direct insurance companies to provide, without exception, the coverage needed to afford women who do non-religious work at Catholic-run institutions full health care services, insulating the bishops from having to make a decision on the matter.

But even this has not mollified the bishops, who have rejected this new approach. The bishops’ position leads me to wonder whether they will be satisfied only when all women are once again denied birth control, as was the case 50 years ago in some states.

For the sake of honesty and integrity, the time has come for the bishops to admit their contempt for women’s self-determination and the exercise of their free will in matters that concern Catholic doctrine. Such an admission may clear the air enough so that the bishops’ consciences can focus on the other things the government does that violate Catholic doctrine — like war, torture, and capital punishment.