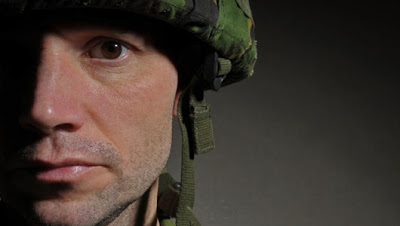 Photo by John Gomez / AP.
Now, back to Fox News…
Veterans’ Day is over

Man is the only animal that deals in that atrocity of atrocities, War. He is the only one that gathers his brethren about him and goes forth in cold blood and calm pulse to exterminate his kind. — Mark Twain

We Americans remember our history for a few minutes each year, often on days set aside for such matters. There is Presidents’ Day, the MLK holiday, San Jacinto Day (if you are a Texan), Memorial Day (the day set aside to honor those who died in our wars), Independence Day (one of two times a year to sell and buy fireworks in honor of the Chinese, though everything we buy seems to come from them now), Labor Day (one of our shopping and barbecuing holidays mostly), Veterans’ Day (a time to express a few patriotic-sounding thoughts before concentrating on the next holiday), Thanksgiving Day (the day for football and turkey, mostly), Christmas Day (a mixture of the commercial and religious), and New Year’s Day (more football and the honoring of our new calendars).

I admit to being cynical about many of these special days. It seems that their main purpose is to give us an opportunity to believe we are better people than we are by paying lip service to some easily held value that the holiday represents. This has seemed especially true of Veterans’ Day.

While I have not supported the creation of veterans, I have thought it hypocrisy of the highest order to claim with our words to honor our veterans, only to largely ignore them in reality. From discussions with my father, who served over four years in World War II, I understand that he was not pleased to be drafted and have his life interrupted by Hitler’s march across Europe, but he served honorably in an antiaircraft battalion.

Dad considered himself fortunate that he had not been in the hand-to-hand combat his younger brother had found in the Pacific theater. He had escaped much of the trauma of war. Dad never wanted to visit any of the places he went as a soldier (except maybe Philadelphia, where he got to see a baseball game), but he did so in the service of his country, just as millions of others have done.

America saw fit to thank the men and women (my mother was in the U.S. Army Nursing Corps) who served in World War II by passing the GI Bill, which provided college or vocational education, along with one year of unemployment benefits, and loans to buy homes or start businesses. Over the years, additional provisions were added to assist veterans.

In 2008, educational benefits were greatly expanded thanks to Senator James Webb. Since President Obama has been in office, additional funding and benefits have been approved for veterans: the Department of Veterans Affairs was provided with more than $1.4 billion to improve services to America’s Veterans, and $4.6 billion was added to the Veterans Administration budget to recruit and retain more mental health professionals to help veterans, especially those suffering from PTSD.

But all of these improvements have fallen short of adequately addressing the suffering of more than 200,000 Vietnam veterans exposed to Agent Orange. For decades, the Defense Department refused to acknowledge the connection between that defoliant and the dramatically higher incidence of cancer and neurological, digestive, skin, lung, heart, and reproductive defects experienced by these veterans.

Similarly, as many as one-fourth of the 700,000 Gulf War veterans may suffer from what was called Gulf War Syndrome (now Gulf War illness), the causes of which are now believed to be primarily neurotoxins encountered by our troops in the war. Our government has failed to honor its commitment to these service men and women, as well as those affected by IED blasts, toxic exposure in Iraq, and other results of war.

If we are the nation we claim to be, it is essential that something substantial be done for these veterans (as well as those continuing to serve in the military) suffering from PTSD — Post Traumatic Stress Disorder. The very name explains that war is traumatic and can create stress long after the trauma has ended. This is a condition that our military services prefer be kept under wraps. To most of our leaders, civilian and military, the less said about the trauma of war and the aftermath, the better.

Discussion of the toll war takes on our sons and daughters continues to be taboo, or at least discouraged in polite company. At the end of October, The Public Editor at The New York Times explained in a column how the Times covered the WikiLeaks release of documents from our two Middle East wars. Many of these documents revealed the sickening details of those wars as experienced by our troops on the ground.

There were many complaints that the documents were doing harm to our troops, but so far no one has been able to provide any evidence of this. The statements of former military personnel and authors who support this position are not evidence, merely opinions. The sub rosa implication of many such criticisms, that publication of the documents may be treasonous, is unsupported by any thorough analysis of exactly how the information leaked has harmed anyone, except for the harm to the reputations of military decision-makers and of the United States.

Aside from the specific details of how we have conducted these wars, what this leaked information reminds us is that war is an inhumane activity that morally degrades its participants, and should be undertaken only in self-defense, not out of retribution, hubris, or notions of exceptionalism.

As a country, we have facilitated and instigated torture and murder and rape, and continue to do so. Neither most of the Congress nor our last president apparently worried much about such matters, allowing the wars in Afghanistan and Iraq to proceed with little oversight or control. Now our new president is allowing, if not directing, the Afghan War to spread into Pakistan.

And the war hawks among us are drumming up support for a war against Iran for its internal policies relating to the development of its nuclear capabilities. It seems that we support sovereignty only when it is ours or that of our allies. And without doubt, our leaders don’t worry about the consequences of such wars on the citizens we call upon to carry out the fighting and dying and suffering.

Mark Twain observed over a century ago how this process works in “Chronicle of Young Satan”:

Statesmen will invent cheap lies, putting blame upon the nation that is attacked, and every man will be glad of those conscience-soothing falsities, and will diligently study them, and refuse to examine any refutations of them; and thus he will by and by convince himself that the war is just, and will thank God for the better sleep he enjoys after this process of grotesque self-deception.

When our government uses the services of psychologists and psychiatrists to manipulate the emotions and behaviors of our service men and women so that they will go to war in the mistaken belief that such wars are necessary to protect this country from harm, the government officials responsible degrade the professions they use, and they dishonor the human beings they manipulate to engage in war.

We should do more for our veterans, but whatever we do for them will be too little to make up for the immorality we have pushed, coaxed, bribed, and coerced them into. It is times like these when I hope that there is a God who will exact retribution for the craven disregard of basic decency. Unfortunately, He seems incapable of preventing the immorality that is war. It is up to us to see that this scourge of humankind is ended, along with its inevitable torture, murder, rape, and other suffering.

All of this brings to mind some other words of Mark Twain in “What Is Man?”:

Man is the only animal that deals in that atrocity of atrocities, War. He is the only one that gathers his brethren about him and goes forth in cold blood and calm pulse to exterminate his kind. He is the only animal that for sordid wages will march out… and help to slaughter strangers of his own species who have done him no harm and with whom he has no quarrel… And in the intervals between campaigns he washes the blood off his hands and works for “the universal brotherhood of man” — with his mouth.

Now, it seems, we no longer have even the small benefit of intervals between wars. If we are the apotheosis of creation, whatever caused that creation is a wretched failure.