Lamar W. Hankins : Jack Kevorkian and the Right to Die 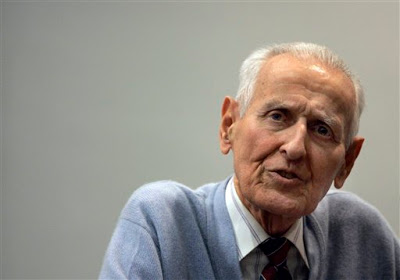 Jack Kavorkian. Image from The Armenian Weekly.
Right to Die:
The Jack Kevorkian
most Americans did not know

While Jack Kevorkian created publicity about the right-to-die issue in his own quirky way, he did little to advance serious efforts to make that right available to all Americans. I respected his perseverance, his courage to speak out in the face of unrelenting hostility, and his willingness to risk his own life to advance a cause he strongly believed in, but I thought he was mostly ineffective in helping to achieve the broader goal.

Kevorkian helped 130 people who were in misery to die, at their request, but was unwilling to work to help millions of others who want the right to decide for themselves when life is no longer worth living. He did not play well with others, and was, at best, indifferent to the right-to-die movement. Perhaps his greatest contribution is that he spoke out as a medical doctor (he was a pathologist professionally) about the need for physician-assisted death.

Kevorkian died on June 3 of a blood clot that lodged in his heart. His end came from natural causes, before his multiple medical problems made him decide it was time to die. Those who have questioned why he didn’t end his own life in one of the ways he had helped 130 others do so don’t understand the right-to-die movement very well. That movement is about personal autonomy, not one person’s decision for another.

As author Richard Cote has noted, “Kevorkian’s unaccelerated natural death was a testament to personal autonomy and the fundamental concept that an assisted, hastened death should be a civil right for any rational adult, not an obligation.”

Derek Humphry, founder of the Hemlock Society, has written that Hemlock was actively at work for the right to die with physician assistance 10 years before Kevorkian began his death assistance work. What Kevorkian helped show us is that there is a need for a reasoned, safeguarded process that allows each individual to decide for himself or herself about ending that individual’s own life with the help of a physician.

This process was established in the states of Oregon and Washington by initiatives. And the right to die with assistance is available in Montana as a result of a court decision.

I have been involved in the right-to-die movement for close to 20 years for one simple reason: I want to be able to decide for myself when it is time for my life to end if I become physically or mentally impaired to the point that there is little or no meaning to my life.

Kevorkian would not work with the right-to-die movement because it has been willing to accept (for now) less than what Kevorkian advocated — doctor-administered dying. The right-to-die movement has been willing to accept ending one’s life with self-administered drugs ordered by a physician after several professionals have made sure that the decision is voluntary and not the result of clinical depression, and the individual is terminally ill. 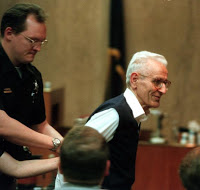 The mainstream media made Kevorkian into something he never was — a leader of the right-to-die movement. Although he did believe in safeguards, he was somewhat haphazard in applying them, and he was disdainful toward the right-to-die laws in Oregon and Washington.

Kevorkian wanted patients to have the right to direct assistance of a physician in ending their lives. Now, in three states, a physician can only help make available lethal substances that can be self-administered to end one’s life. People who cannot swallow or who are too feeble to self-administer life-ending drugs must still suffer if palliative care cannot alleviate their suffering.

Some mainstream publications have attributed the hospice movement to Kevorkian’s work, but they are mistaken. Humphry notes that hospice in the U.S. started in the 1970s, about the time the first Living Will (also called a Directive to Physicians and similar names) was made available in California. Kevorkian began his own physician-assisted death work in 1991.

Kevorkian was a complex man. He did not help everyone who sought his help to end their lives if their circumstances did not satisfy his criteria. Some of those individuals are still alive today. He never took money from anyone for the work he chose to do.

I found the HBO movie You Don’t Know Jack entertaining and generally sympathetic to Kevorkian’s views, but it showed his irascible personality as well, along with his simple way of life — he usually bought clothing from the Salvation Army. Kevorkian was a combat veteran of the Korean War and received military honors at his burial.

The ethics of his work have been called into question, and he has left us not knowing if we will ever achieve the right to have the legal help of a physician in ending our own lives, if that is our choice. His personal effort in this area came to naught.

Fortunately, several groups with serious intent and compassion are continuing their efforts to advance the right to die with physician assistance in the U.S. Among them are Final Exit Network, Euthanasia Research and Guidance Organization (ERGO), Compassion & Choices, and numerous statewide, regional, and local groups, some of which still use the name Hemlock.

As Faye Girsch, Hemlock Society of San Diego, has suggested, a fitting tribute to Dr. Kevorkian would be for other physicians to speak up about the need for “gentle assisted death,” so that it becomes once again a widely-discussed subject. With that, we might achieve some agreement about the right to control one’s life, and death.

This entry was posted in Rag Bloggers and tagged Jack Kevorkian, Lamar W. Hankins, Right to Die. Bookmark the permalink.