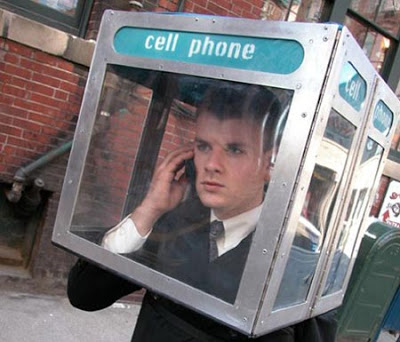 A powerful and easily-implemented feature of cell phones is the capability to locate the cell phone at any time when it is switched on by cell tower triangulation or the Global Positioning System (GPS). This feature is indicated by the “target” icon on the cell phone screen. True to marketing strategy this capability is promoted as a safety feature for use in 911 calls and more recently, for a few dollars more, parents may use it to track their kids whereabouts at any given time. It doesn’t require much imagination to see the desirability of unfettered access to such information on the part of law enforcement and intelligence agencies.

A Federal Court decision has set the bar a little higher for access to that personal information by finding that probable cause and a duly constituted warrant are required for that access. Before Fourth Amendment enthusiasts become too elated, we might pause to realize this is only one scrimmage in a continuing struggle between defending our right to be let alone and those whose think that it’s their job it is to know everything about everybody.

Anyway, it’s good to win one now and then.

SAN FRANCISCO – In an unprecedented victory for cell phone privacy, a federal court has affirmed that cell phone location information stored by a mobile phone provider is protected by the Fourth Amendment and that the government must obtain a warrant based on probable cause before seizing such records.

The Department of Justice (DOJ) had asked the federal court in the Western District of Pennsylvania to overturn a magistrate judge’s decision requiring the government to obtain a warrant for stored location data, arguing that the government could obtain such information without probable cause. The Electronic Frontier Foundation (EFF), at the invitation of the court, filed a friend-of-the-court brief opposing the government’s appeal and arguing that the magistrate was correct to require a warrant. Wednesday, the court agreed with EFF and issued an order affirming the magistrate’s decision.

“Cell phone providers store an increasing amount of sensitive data about where you are and when, based on which cell towers your phone uses when making a call. Until now, the government has routinely seized these records without search warrants,” said EFF Senior Staff Attorney Kevin Bankston. “This landmark ruling is hopefully only the first of many. Just as magistrates across the country have begun denying government requests to track cell phones in real-time without warrants, based on arguments first made by EFF, so too do we hope this decision will spark new scrutiny of the government’s unconstitutional seizure of stored cell phone location records.”

The American Civil Liberties Union (ACLU), the ACLU Foundation of Pennsylvania, and the Center for Democracy and Technology (CDT) joined EFF’s brief.