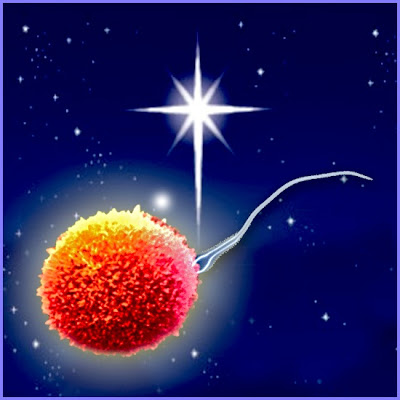 The draconian redefinition of abortion and commonly used methods of contraception as murder would do away with a woman’s right to make her own decisions about childbearing.

GULFPORT, Mississippi — On Tuesday, November 8th, Mississippi voters will either support or defeat a proposition that would give a fertilized human egg the same legal rights and protections under the State’s Constitution that apply to living, breathing people.

Few voters in Mississippi would bother to turn out to support particulars of defining the legal status of the fusion of two haploid gametes. Most folks might think that was a pair of some new deer species and the vote would regulate its hunting season.

But clarification of those biological terms quickly spread in evangelical conservative code for anti-abortion, suddenly making zygotes, diploid cells, and gametes candidates for legal “personhood” among the fervent and zealous.

The Mississippi proposition’s draconian redefinition of abortion and commonly used methods of contraception as murder would do away with a woman’s right to make her own decisions about childbearing. The so-called “personhood” measure seeks to do away with those rights guaranteed under the Supreme Court’s 1973 Roe v. Wade decision.

Such a state constitutional change would not only ban all abortion care but could also outlaw many common forms of birth control, limit medical treatment options for pregnant women, and ban reproductive technologies such as in-vitro fertilization.

This was tried in Colorado twice, in 2008 and 2010, and voters overwhelmingly defeated the ballot measures each time.

But that that was Colorado and this is Mississippi, the state that tops the Gallup poll list of America’s most frequent churchgoers with 63% of the population attending church weekly or almost every week. Vermont, incidentally, has the least churchgoers with only 23% attending regularly, but then they are a bunch of Yankees.

Mississippi’s strong religious voice has long determined what folks can and can’t do in the state. Alcohol was made illegal in 1907, and Mississippi was the last state to repeal Prohibition in 1966. When I moved here to the Gulf Coast in 1980, sale of alcohol was from state-controlled “package stores,” whose signs had to be flat against the building and in letters of a specified size. No neon and no hanging signs like other stores.

I stopped in one my first week here for a bottle of sour mash bourbon and after ringing up the purchase, the nice lady leaned over the counter and asked, sweetly and helpfully, if I “wanted a Baptist Bag.” I must have had a totally puzzled look so she pulled a regular large brown grocery bag from under the counter and mentioned that “lots of customers prefer to carry out their bottles in this kind of bag.” At the time, I found this all rather provincially colorful.

Thirty-one years later you still cannot buy hard liquor on a Sunday even in the “wet” counties, and Mississippi’s provincialism has a much darker hue today that is potentially much more dangerous. Many evangelical and fundamentalist believers now want to impose their narrow, extreme beliefs down to the human cellular level upon all who live in the State of Mississippi.

And with 63% of the population being steady church goers — and voters — both the Republican and Democratic candidates for governor are making it clear that legal human rights for a single fertilized human egg is just peachy with them.

Abortion foes piously proclaiming their belief in the sanctity of life seem to look at that sanctity differently regarding Mississippi’s death penalty. Their opposition to family planning, birth control, and contraception is loud and clear, but there seem to be no voices raised against the biblical evils of fornication. The libidinous Viagra and Cialis commercials still dominate the nightly news.

November the 8th will show if Mississippi’s reckless religious fundamentalists would, as The New York Times noted, “protect zygotes at the expense of all women while creating a legal quagmire — at least until the courts rule it unconstitutional, as they should.”

I have to hope that Mississippi will ultimately not vote to support this attempt by a vocal segment of organized religion to limit the personal and civil rights of the women who live here.

But then again, as far as civil rights are concerned, from the cellular level on up, we have to realize that it was just one year ago that a federal judge ordered the Walthall County School District in Mississippi to halt policies that had allowed some of its district’s schools and classes to become segregated… again. Segregation was outlawed in 1970.