Leonardo Boff : The Church, Celibacy, and the Criminal Sinners 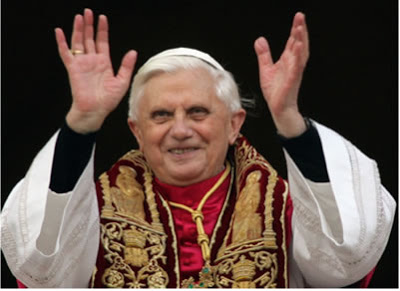 The surge of cases of pedophile priests in almost every Catholic country persists, revealing the magnitude of this crime that causes so much damage to its victims. It is not enough to say that pedophilia shames the Church, or to ask for forgiveness and to pray. It is worse than that. It is impossible to pay the debt to the children who were abused in the shadows of the credibility and trust that the priestly function embodies.

The central thesis of the Pope Ratzinger, which I have become tired of hearing in his conferences and classes, is completely invalid. To him, the size of the Church is not what matters. It is enough that the Church be a “small flock,” comprised of highly spiritual persons. It is a small “reconciled world” that represents the others and the whole of humanity.

But within this small flock there are criminal sinners, and it is anything but a “reconciled world.” One must humbly accept what tradition used to say: The Church is saint and sinner, a “chaste harlot,” as some ancient Fathers put it. It is not enough that it be the Church; it has to go through, as everyone else, the path of good, and integrate the pangs of sexuality — that have a thousand million years of biologic memory, into expressions of tenderness and love, and not of obsession and violence against minors.

The pedophilia scandal is a sign of the present times. We learn from Vatican II (1962-1965) that we must glean from such signs the interpellation that God is transmitting to us. It appears to me that the interpellation goes along this line: it is time the Roman Catholic Church does what every other Church has already done: abolish celibacy imposed by ecclesiastic law, and free it for those who see meaning in it and can live it without obsession and with a profound sense of spirituality. But this lesson is not being accepted by the Roman authorities. To the contrary, in spite of the scandals, they reaffirm celibacy with greater insistence.

We know how insufficient in integrating sexuality is the education of priests. It is conducted away from normal contact with women, which produces a certain atrophy in the construction of identity. Psychological sciences have made it clear that the male only matures under the gaze of the female, and the female only under the gaze of the male. Man and woman are reciprocal and complimentary.

The cellular-genetics of sex has shown that the difference between a man and a woman, in terms of chromosomes, is reduced to just one chromosome. A woman possesses two X chromosomes and a man has one X and one Y chromosome. It follows that the sex-base is the feminine (XX), the masculine (XY) being a differentiation from it. There is not, then, an absolute sex, only a dominant one. In every human being, man or woman, there exists “a second sex.” In the integration of the “animus” and “anima,” that is, of the two dimensions of the feminine and the masculine present in every human being, sexual maturity gestates.

This integration is hindered by the absence of one of the parts, the woman, for which is substituted imagination and phantoms, which, if they are not disciplined, can create distortions. The teaching in the seminaries was not devoid of wisdom: who controls the imagination, controls sexuality. To a large degree, this is true.

But sexuality possesses a volcanic vigor. Paul Ricoeur, who reflected a great deal philosophically about Freud’s psychoanalytic theory, recognizes that sexuality is not controlled by reason, moral norms, or the law. Sexuality lives between the law of the day, where rules and established behavior prevail, and the law of the night, the realm of impulses, the force of spontaneous vitality. Only an ethical and humanistic project of life (what we want to be) can give direction to sexuality and transform it into a force of humanization and fertile relations.

Celibacy is not excluded from this process. It is one of the possible options, which I defend. But celibacy cannot be born of an absence of love. To the contrary, it must derive from an over abundance of love for God, that overflows towards everyone around.

Why does the Roman Catholic Church not take a step forward, and abolish the law of celibacy? Because it is contradictory to her structure. It is a complete institution, authoritarian, patriarchal, highly hierarchical, and one of the last bastions of conservatism in the world. It takes the person from birth to death.

To one with a minimum of civic consciousness, the power given to the Pope is simply despotic. Canon 331 is clear: it is about a power “ordinary, supreme, plain, immediate and universal.” If we replace the word “Pope” with “God,” it functions equally. For that reason it was said: ”the Pope is the minor god on earth,” as many canonists have affirmed.

A Church that puts power at its core, closes its doors and windows to love, tenderness and compassion. The celibate person is functional to this type of Church, because that Church denies the celibate priest that which would make him more profoundly human: love, tenderness, the effective encounter with other persons, which could be more propitious if the priests could be married. They become totally disposable to the institution, that can send them to Paris or to South Korea.

Celibacy implies total cooptation of the priest, not into the service of humanity, but to the Church. That priest must love only the Church. When he discovers that she is not only “the holy mother Church” but that she can also be a stepmother who uses her ministers for the logic of power, the priest is disappointed, leaves the ministry with its forced celibacy; and gets married.

As long as this logic of absolutist and centralizing power prevails, we will not see the law of celibacy abolished, no matter how many scandals occur. Celibacy is too comfortable and useful to the ecclesiastic institution.

What then becomes of Jesus’ dream of a fraternal and egalitarian community? That is another problem, perhaps the primary one. There, the question of celibacy, and of the style of Church, would be put differently, in a manner that would better befit His liberating message.

1 Response to Leonardo Boff : The Church, Celibacy, and the Criminal Sinners