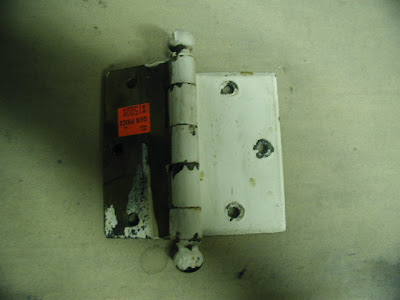 65 years and counting:
Hingepoint of history

As I write, we are one week past the 65th anniversary of what may be the most important date in the history of the planet. The Planet of the Human Apes.

On July 16th, 1945, Fat Man, aka “the Gadget,” did its early morning, Trinity Test thing, lighting up the sky over Alamogordo, New Mexico.

The U.S. military put out this statement to calm any worried neighbors:

Several inquiries have been received concerning a heavy explosion which occurred on the Alamogordo Air Base reservation this morning. A remotely located ammunition magazine containing a considerable amount of high explosives and pyrotechnics exploded. There was no loss of life or injury to anyone, and the property damage outside of the explosives magazine itself was negligible. Weather conditions affecting the content of gas shells exploded by the blast may make it desirable for the army to evacuate temporarily a few civilians from their homes.

But the sky was not lit up by any considerable amount of high explosives and pyrotechnics. What made the light and blast was the first explosion of a nuclear weapon in planetary history.

And more important than that: what had come to pass was a human call-up of forces beyond control, forces greater than could be imagined, even by the glyph of E = mc2.

They were not only unparalleled physical forces previously sequestered in the infinitesimal. They were forces of human chutzpah, of political and philosophical confusion, of a rape relationship to nature that has never been, can never be, repaired. We have lived since then, and will ever live, in the miasma of that ravishing.

There was one incident at Trinity that seems particularly revealing of the pathology of the perpetrator:

Chief Meteorologist Jack Hubbard, in consultation with every group leader, had early on drawn up a list of the best and worst conditions for the test:

Best conditions for the operation.

A. Visibility greater than 45 miles.
B. Humidity below 85% at all altitudes.
C. Clear skies.
D. Temperature lapse rate aloft slightly stable to prevent dropping of the cloud.
E. Little or no inversion between 5,000 and 25,000 feet to allow cloud to reach maximum altitude.
F. A thick surface inversion or none at all to prevent internal reflections and mirage effects.
G. Winds aloft fairly light, preferred direction from between 6 degrees south of west and 25 degrees south of west. Steady movement desirable to anticipate track of cloud. Horizontal and vertical wind shears desirable for maximum dissipation of the cloud, although such a condition increased the tracking problem.
H. Low-level winds light and preferred drift away from Base Camp and shelters.
I. No precipitation in the area within twelve hours of the operation.
J. Predawn operation desired by the photographic group, although 0930 operation considered best for thermals dissipating the lower levels of the cloud.

Conditions least favorable to the operation.

A. Haze, dust, mirage effects, precipitation, restrictions of visibility below 45 miles.
B. Humidity greater than 85% at the surface or aloft, which might result in condensation by the shock wave.
C. Thunderstorms within 35 miles at the time of operation or for 12 hours following.
D. Rain at the location within 12 hours of the operation.
E. Surface winds greater than 15 mph during and after the operation.
F. Winds aloft blowing toward Base Camp or any population center within 90 miles of the site.Human rationality — even if in service of the irrational.

But instead of tailoring the operation around desired weather, Hubbard was faced with a fait accompli — Truman was in Potsdam, and weather be damned. July 16th was it. “Right in the middle of a period of thunderstorms,” he wrote, “What son-of-a-bitch could have done this?”

Everything unwanted was present: rain, high humidity, inversion layer, and unstable wind. None of the optimum requirements had been met. Rain could scrub the clouds and bring down high levels of radioactivity in a small area. Unstable conditions and high humidity increased the chances that the blast could induce a thunderstorm.

Still, Truman was in Potsdam, and the order was given to proceed with the test. The president needed an ace up his sleeve in his card game with Stalin. Such is the pecking order of politics, war and science.

What a piece of work is a man, how noble in reason, how infinite in faculties, in form and moving how express and admirable, in action how like an angel, in apprehension how like a god! the beauty of the world, the paragon of animals—and yet, to me, what is this quintessence of dust? Man delights not me…

July 16th, 1945 at Alamogordo was the moment when the human species blew it forever, and our world will never be the same.

After the blast, the “successful” test, Oppenheimer summed it up: “Now I am become Death, the destroyer of worlds.” He was speaking for all of us.

I tell the story of the Manhattan Project and its Trinity Test in great detail in my novel, Insect Dreams: the Half Life of Gregor Samsa. Without blushing, I highly recommend it.