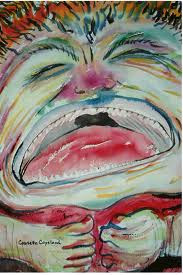 I’m just beginning the week run of rehearsals and performances in the pit orchestra for Peter Pan. The Lyric Theater production will be extremely professional as usual, and attended by full houses of an enthusiastic community.

I play in these musicals not because I think the dramatic art is great or the music profound, but because they are such wonderful examples of communities coming together — 200 people working for months without pay — to produce a high-spirited event which several thousand people will enjoy.

Nevertheless, I have to admit being irritated by the very thought of Peter Pan. The unthinking enthusiasm with which his motto, “I won’t grow up,” is greeted reflects the destructive childishness, and embrace of that childishness, epidemic in the American public.

And here I’m not thinking of the occasional comico-pathetic gray-hair who earnestly exhorts me to honor my inner child as he or she does, and then trips blithely away in some psychic equivalent of tie dyes and bellbottoms. Rather I am concerned with the rampant embrace of the trivial and superficial.

This pattern has some innocent manifestations such as the recent adult enthusiasm for various children’s books, business-suited women carrying them proudly underarm and assuring questioners that they are “really for adults, too.” The infantilization of the reading public — bad for serious authors, but not all that sinister. Far more so is the dumbing down of news and other information, and the substitution of infotainment and celebrity.

I was reminded of this recently when Obama walked on stage, pre-election, at the Daily Show. The audience cheered and clapped — but in a way far beyond the polite, enthusiastic greetings routinely offered to even villains and semi-villains. The adulation went on and on. Obama tried four times to stop it, and finally just stood there smiling and waving occasionally.

Now remember, Jon Stewart’s audience is made up mostly of lefty liberals who enjoy his satirical critique of the powers that be.

Nevertheless, this very audience offered up an unstoppable standing ovation for a man who stands against everything they presumably stand for: a man who is currently answerable for the worldwide death and starvation of millions; the many domestic losses of home and job; the destruction of climate and disarmament conferences; the ever-increasing expenditures on ever-increasing wars; the now commonplace practice of torture; the undercutting of public healthcare; the shielding of executive crimes past and present; the hoarding of executive power; the resurgence of the nuclear industry; the embrace of Israel’s brutal policies in Palestine; the ever-increasing inequality of wealth; and now, post-election, the inevitable strangulation and death of democratic government. 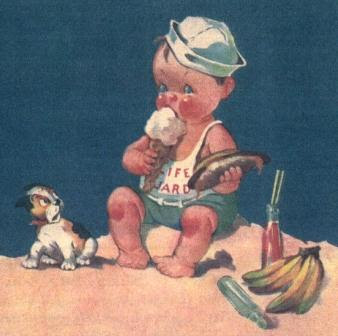 Burlington, Vermont, where I live, is the birthplace and main home of Ben & Jerry’s ice cream. Their motto, plastered all over bumper stickers, and inside their Burlington store, is IF IT’S NOT FUN, WHY DO IT? I’ve often pondered this question. And I’ve pondered alongside it another bumper sticker common in our area: Emma Goldman’s face next to the line “If I can’t dance, I don’t want to be part of your revolution.”

Is this a food fight between bumper stickers, or are they finally on the same side? Are they both exhorting us to honor our inner children? I decided to look further into the Goldman quote, and this is what I found — in her autobiography, Living My Life:

At the dances I was one of the most untiring and gayest. One evening a cousin of Sasha, a young boy, took me aside. With a grave face, as if he were about to announce the death of a dear comrade, he whispered to me that it did not behoove an agitator to dance. Certainly not with such reckless abandon, anyway. It was undignified for one who was on the way to become a force in the anarchist movement. My frivolity would only hurt the Cause.

I grew furious at the impudent interference of the boy. I told him to mind his own business. I was tired of having the Cause constantly thrown into my face. I did not believe that a Cause which stood for a beautiful ideal, for anarchism, for release and freedom from convention and prejudice, should demand the denial of life and joy. I insisted that our Cause could not expect me to become a nun and that the movement would not be turned into a cloister.

This statement feels significantly different from “IF IT’S NOT FUN WHY DO IT?,” for behind the joy and exuberance, Emma embraces a larger ideal to be joyful about. The playfulness of Ben & Jerry’s, its flavors, its graphics, is more about honoring one’s inner child. and putting out a lot of money — with a smile — for an ice cream cone.

I must say that the figure of Peter Pan is more complex then his motto song “I won’t grow up” might imply. In Barrie’s book, and even in the musical, Peter is a semi-tragic figure, sentenced to repeated loss of the friends who do grow up to leave him, responsible for the parental pain of losing the children kidnapped, and the nostalgic regret of losing one’s childhood.

Peter is as much the villain of the piece as its hero. He is boastful, selfish, distructive, and unreflective. And naturally, the children abducted to Neverland give him a standing ovation at his every appearance.

While I may be a churlish old grouch, I really do think that we, the kidnapped, had better begin to honor our inner adults, and not continually embrace childishness — usually at the expense of others, and ourselves.

Hope is not a method, nor is belief in fairies.