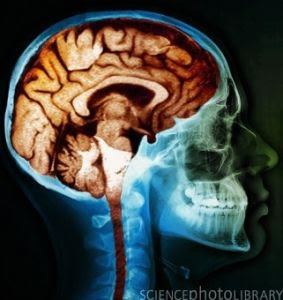 Image from PsychCentral.
Child abuse:
Here, there, and likely everywhere

There have been several large studies on the effects of occupation — bombing, physical injury, house demolitions, tear gassing, house searches, etc. — on Palestinian children in the West Bank and Gaza (Google palestine/children/trauma/). A few studies look at the rather smaller numbers of traumatized children in the southern Israeli towns bordering Gaza who experience occasional rocket attacks. (Google israel/children/trauma/.)

All studies demonstrate what might be expected from such direct and witnessed exposure: concentration and attention deficit, memory problems, and various levels of post-traumatic stress disorder. War, as they say, and as shows up in their drawings, is not good for children.

Yet there is another area of child abuse, not generally labeled as such, both here and in the middle east, with which we must also be concerned: educating children toward paranoia and retributive violence.

Whatever your position is on the Israel/Palestine situation, I heavily recommend that you watch these two 10-minute YouTube segments (here and here) by an Israeli filmmaker, documenting a state-sponsored high-school trip to Auschwitz.

Auschwitz/Birkenau is a hair-raising experience. Hair-graying, too. My companion assured me at the time, that I had a few gray hairs afterwards — my first — I hadn’t had before that afternoon. The key question, however, is what does one understand and take from that experience.

My own feeling is that these Israeli children were battered and reduced in emotional capacity going from the before to the after. See what you think.

It’s not hard to connect such an “educational” experience with such consequences reported here.

America’s children have little direct experience of war, occupation, and lethally threatening violence, but their lives are full of virtual exposure via film, video, music, and electronic games. In a way, their cart precedes their horse: they are learning the response before the stimulus.

Consider this NPR piece on an Army Experience Center:

Your tax dollars at work, training children to deal with terrorists who — the adults likely assure them — hate us for our freedoms.

One Marine boot camp chant I’ve come across recently goes like this:

Throw some candy in the school yard,
Watch the children gather round .
Load a belt in your M-50,
Mow them little bastards down!”

Nice. I’m sure the indoctrination in the Experience Centers is not as strong or viscous as among the Semper Fi boys, but the subtler brain-washing may be more extensive and effective.

I don’t know what kind of chants they use in the IDF, or in jihadist military training, but I assume it’s all similar — child abusing “education” preparing children for the abuse of children and others.

1 Response to Marc Estrin : The Far-Reaching Effects of Child Abuse