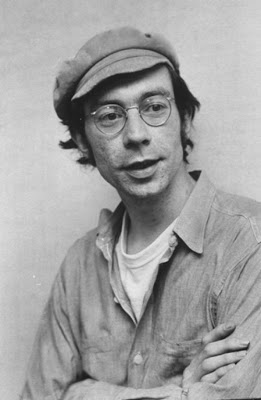 Carl Oglesby sadly left this world Tuesday morning after a long bout with cancer. President of SDS from 1965-66, he was a passionate American radical and one of the New Left’s most eloquent speakers and critical thinkers. I made several trips to Antioch College in the 1960s just to pick his brain. His main books then were Containment and Change and The Yankee-Cowboy War, from which many of us learned to look at our society in a deeper way, to be better able to change it. — Carl Davidson / The Rag Blog

In my lifetime I’ve heard two speakers whose unadorned eloquence and moral clarity pulled my heart right out of my chest.

One was Bernadette Devlin (nee McAlliskey), speaking from the roof of the Busy Bee Market in Andersonstown in Belfast the apocalyptic day that Bobby Sands died.

The other was Carl Oglesby, president of SDS in 1965. He was 10 years older than most of us, had just resigned from Bendix corporation where he had worked as a technical writer, and wore a beard because his face was cratered from a poor-white childhood. His father was a rubber worker in Akron and his people came from the mountains.

I’m not capable of accurately describing the kindness, intensity, and melancholy that were alloyed in Carl’s character, or the profound role he played in deepening our commitment to the anti-war movement. He literally moved the hearts of thousands of people.

He was also for many young SDSers — like myself and the wonderful Ross Altman (original UCLA SDSer and Carl’s close friend, whom I salute) – both a beloved mentor but also leader of the wild bunch. At a crucial moment in the tragic history of this desert country, he precisely and unwaveringly defined our duty. He was a man on fire.

To those who knew him, I send my deepest love and solidarity — as I do to those yet to discover this great, tormented, and most-old-fashionedly American radical.

[Mike Davis is a Distinguished Professor in the Department of Creative Writing at the University of California, Riverside. An urban theorist, historian, and social activist, Davis is the author of City of Quartz: Excavating the Future in Los Angeles and In Praise of Barbarians: Essays against Empire. Read more articles by Mike Davis on The Rag Blog. This tribute was originally published by counterpunch.]

6 Responses to Mike Davis : The Eloquence of Carl Oglesby