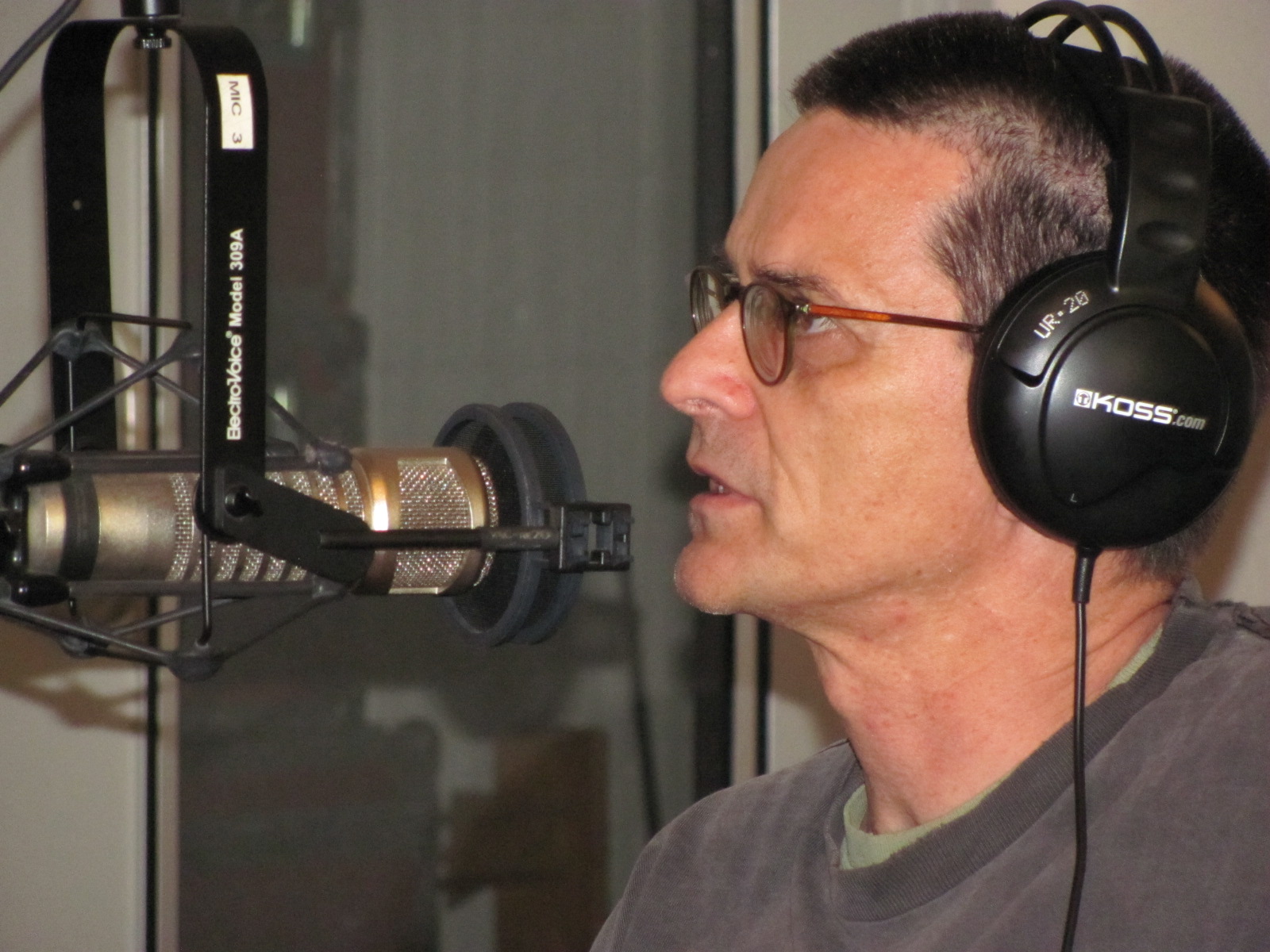 Robert Jensen in the studios of KOOP in Austin, Texas, Friday, May 10, 2013. Photos by William Michael Hanks / The Rag Blog.

“I feel what I’m often doing is kind of a remedial course in how to see the world.” — Robert Jensen on Rag Radio

Listen to or download our interview with Robert Jensen here:

On the show, we discuss issues raised in Jensen’s latest book, Arguing for Our Lives: A User’s Guide to Constructive Dialog. The book has been described as a “lively primer on critical thinking… that explains how we can work collectively to enrich our intellectual lives.” Author Raj Patel says that Jensen, in the book, “reacquaints us with the political and social skills we’ll need if we’re to reclaim politics for the 21st century.”

Robert Jensen is a widely-published writer and author, a political activist, and a professor in the School of Journalism at the University of Texas at Austin, where he teaches courses in media law, ethics, and politics. Prior to his academic career, Jensen worked for a decade as a professional journalist.

In Arguing for Our Lves, and in our Rag Radio interview, Jensen addresses issues related to how we comprehend the world, how we organize the information we learn, and how we communicate what we have come to understand. It’s about analysis and rhetoric and critical thinking.

Jensen believes that people in our increasingly complex society are struggling  “to make sense of and organize this incredible flood of information that’s available to us now. And so a book on some basics about critical thinking struck me as useful both for a student audience and an adult audience.”

“So I try to do critical thinking about difficult and controversial subjects,” Jensen told us.

In his teaching at UT-Austin, Jensen told the Rag Radio audience, “I feel what I’m often doing is kind of a remedial course in how to see the world.”

“The public education system doesn’t really function,” he says, “especially in the way it buries so much of our history.”

“In the classroom it seems clear to me that every year students come in a little less able to deal with some of the basic concepts like democracy,” he said. “Not just a textbook definition, but what does it really mean? They’re often very technically competent but unimaginative.”

“I’ve noticed a trend in the last few years where I have very good students in traditional terms. They test well, they score highly on exams and standardized tests. But they have no conception of the larger world.”

Jensen says he has students, “usually from smaller towns,” who tell him that their parents, people in their church, and others in their community “will take them aside and say, ‘Now remember, you’re going to UT-Austin and they’re going to try to destroy everything you believe, and you have to stay strong.'” 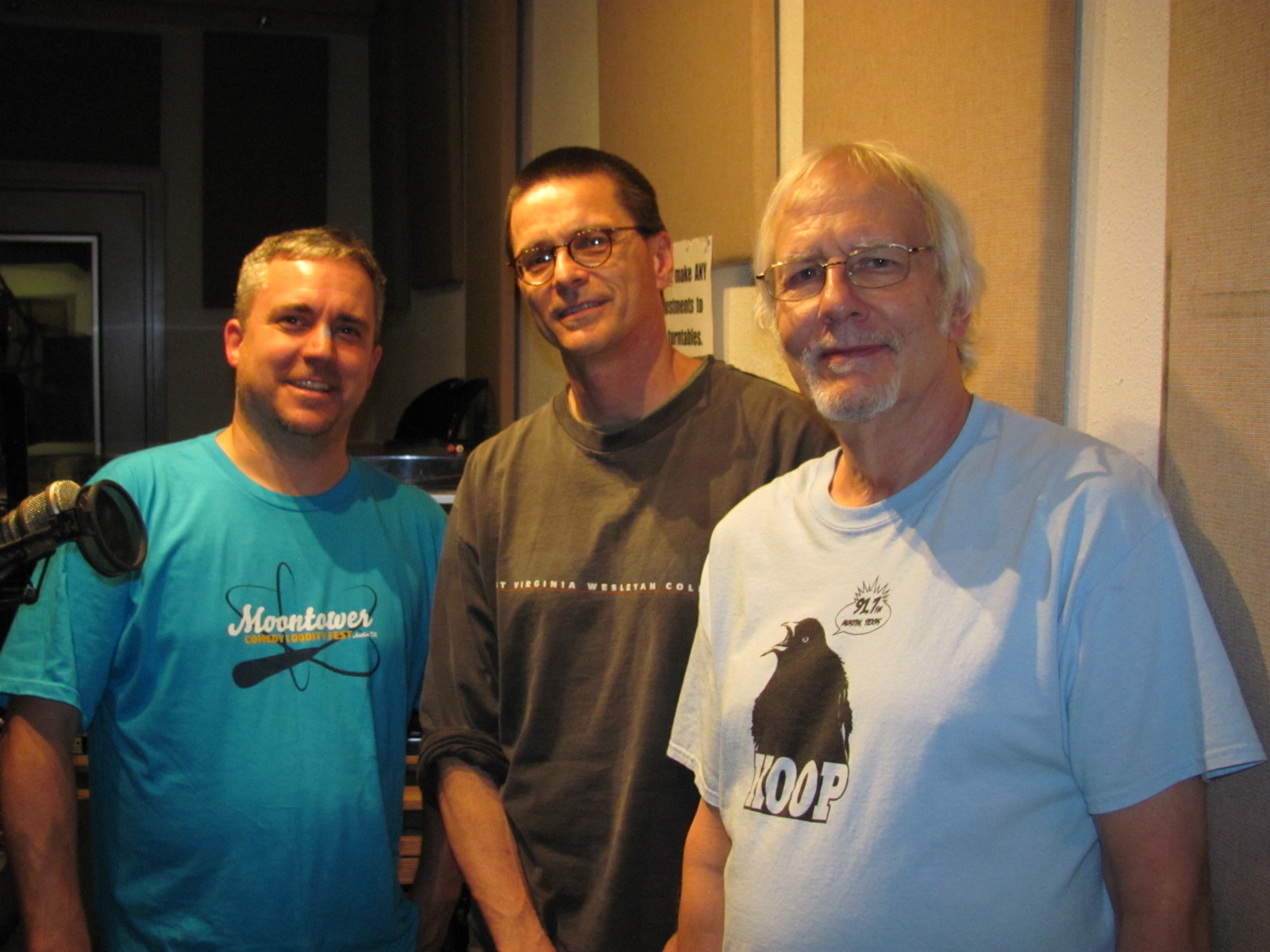 Many in our increasingly complex world, Jensen believes, are feeling what he characterizes as “authentic anxiety.”  They’re “looking at the world, realizing that we face these complex problems that have no easy answers, maybe don’t have answers at all, and that that is a source of anxiety,” he says.

We all feel “anxiety about things like the multiple ecological crises, the fact that no one really thinks that democracy is working in any meaningful way, the fact that our pop culture is increasingly corrosive, especially around issues of gender and sexuality.”

“And I think, especially at this moment in history, especially on the ecological front where the data is pretty clear, that we are facing down problems that are not going to be solved easily and that may not be solvable at all in the confines of our normal everyday lives.”

“Well,” Jensen says, “when I look at that, I feel a sense of anguish.”

But he thinks that anguish, “and a certain kind of grief,” is an understandable and appropriate response. Just as “anxiety does not lead to paralysis,” he says, “neither does anguish and grief. It can lead to action, it can be a great motivator.”

“And,” Jensen adds, “that sense of overload that people feel is perfectly understandable. I feel it myself. We’re all talking about how marvelous it is to live in the information age, but a lot of people experience it as a kind of burden.”

Jensen believes that in order to comprehend and deal with the world around us, we need to overcome the pervasive anti-intellectualism in our society. “A lot of people kind of sneer at the idea of being an intellectual, because it’s been so associated with elitism,” He says. But, “you can’t act in the world if you don’t understand the world.”

“If you are going to be meaningful in organizing and acting to make a more just and sustainable world,” that action must be “based on some idea, some theory, some analysis.” “We all have an ideology,” Jensen told the Rag Radio audience. “Everybody’s got a worldview, a framework through which we understand things. Nobody comes into the world ‘fresh.’ There’s no such thing as a ‘blank slate.’

“Ideology,” he says, is also “a very useful word to use to describe the way people in power can sometimes impose their point of view, through the educational system and mass media… and make their ideology appear to be the common sense of the culture. 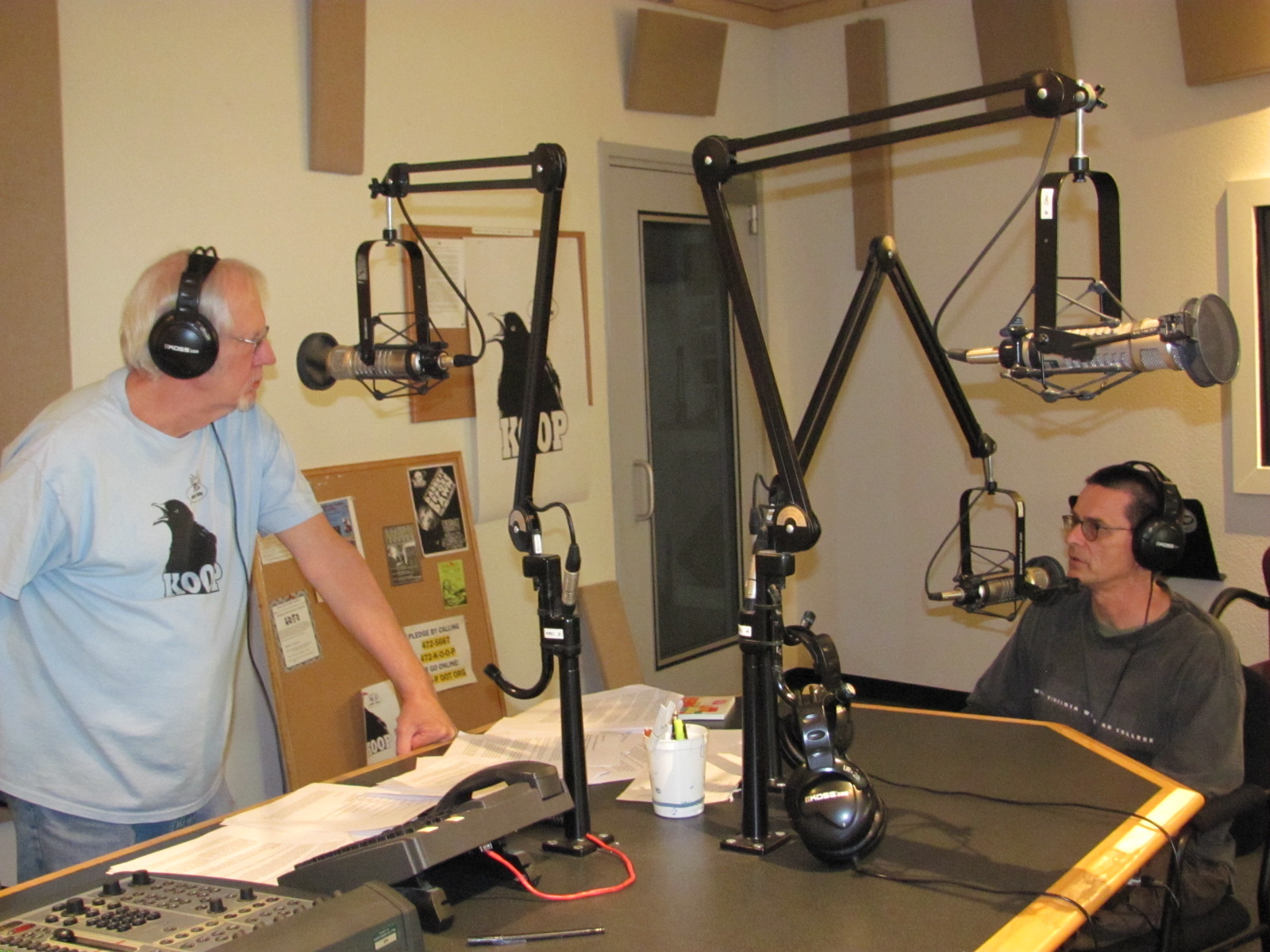 According to Jensen, “Modern science has done a very good job of helping us understand this universe by what scientists call reductionism. When you take a little part of the world and you try to figure it out, and then you hope that by putting all those parts together you can figure things out.”

“And on the surface,” he says, “it appears that that’s been a huge success. We’ve figured out an enormous amount in a couple of centuries about how the world really works as a physical system.” And, Jensen says, “the knowledge is quite stunning.”

“We continue to intervene in this larger universe in ways that we can’t predict and the consequences of which are often potentially — and now, with climate change, literally — life-threatening.”

“And when we intervene on the basis of incomplete knowledge, what we’re really doing, not to get too theological here, is playing God. And the Bible itself is full of a lot of reminders about what happens when human beings think they’re God.”

“It usually doesn’t end so well.”

Robert Jensen’s writing is published in mainstream and alternative media and appears regularly on The Rag Blog. He is a board member of the Third Coast Activist Resource Center and is active with the 5604 Manor Community Center in Austin, the Workers Defense Project, and Cooperation Texas, an organization committed to developing and supporting worker-owned cooperatives.

Jensen’s other books include We Are All Apocalyptic Now: On the Responsibilities of Teaching, Preaching, Reporting, Writing, and Speaking Out; All My Bones Shake: Seeking a Progressive Path to the Prophetic Voice; Getting Off: Pornography and the End of Masculinity; The Heart of Whiteness: Confronting Race, Racism and White Privilege; Citizens of the Empire: The Struggle to Claim Our Humanity; and Writing Dissent: Taking Radical Ideas from the Margins to the Mainstream.

Coming up on Rag Radio:
THIS FRIDAY, May 24, 2013 (RESCHEDULED): Amsterdam-based poet John Sinclair, legendary founder of the White Panther Party and former manager of the MC5.
Friday, May 31, 2013: Philosophy scholar Bill Meacham, author of How to Be an Excellent Human.
Listen to our May 17, 2013 Rag Radio interview with political economist Gar Alperovitz, author of What Then Must We Do?