Robert Jensen : Beyond Independence: When We Are Most Free 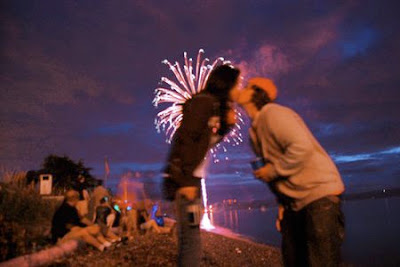 Photo by ericagirlwonder.
Beyond independence:
We are most free when we are most bound to others

Power is typically approached as a question of dominance and submission. Power is marked by the ability to impose or the ability to resist that imposition. This is what some have called “power-over,”[1] which assumes a zero-sum game in which individuals are always in competition for that power — someone dominates and someone submits.

In such a world, one can use this kind of power with varying levels of responsibility to others, but in such a world it is inevitable that power routinely will be used unjustly. Because there is always the threat that some other person or group can grab the power, these kinds of systems will encourage people to seek always more power.

This is readily evident, for example, in the emergence of the United States as the dominant power after World War II. Even though it was clear the United States could have lived relatively secure in the world with its considerable wealth and extensive resources, that status was instead a source of anxiety in a power-over world, as seen in this conclusion of the State Department’s Policy Planning Staff in 1947: “To seek less than preponderant power would be to opt for defeat. Preponderant power must be the object of U.S. policy.”[2]

That’s the logic of power-over: One either dominates or eventually is dominated. The potential of a challenge from below means that no amount of power is enough; more always must be accumulated to ward off threats. Along the way, people pursuing these goals tend to justify the concentration of power as in the best interests of all; the enlightened ones with the power tell us that they will use it benevolently in the interests not just of themselves but also those less fortunate.

All of human history argues against having faith in this power-seeking, with its accompanying hubris and self-delusion. But history is conveniently ignored by the powerful as they congratulate themselves on their vision and fortitude, while at the same time they work feverishly to propagandize the powerless, lest those below see the shell game for what it is and rebel.

It’s tempting to say that this power-over exercised on earth is illusory, that real power rests with God or on some other plane of existence. The problem, of course, is that the suffering caused by the exercise of power-over is not illusory and does not exist at some other level. It is felt by people and other living things in the here-and-now.

The need to challenge power-seeking, domination, and injustice is not otherworldly but of this world. Still, it is not merely rhetorical to mark that power-over is dead power. It is ultimately the power of death, and also is a power that comes only to those whose souls are dead. The poet Muriel Rukeyser expressed clearly the nature of this power and why we should reject it:

Dead power is everywhere among us — in the forest, chopping down the songs; at night in the industrial landscape, wasting and stiffening a new life; in the streets of the city, throwing away the day. We wanted something different for our people: not to find ourselves an old, reactionary republic, full of ghost-fears, the fears of death and the fears of birth. We want something else.[3]

We want something else, but our systems and institutions rarely provide it. Even the church itself, where we might assume we could find that “something else,” is mired in a domination/subordination dynamic. Much Christian theology is rooted in the idea that people are so inherently evil that we must subordinate ourselves to God, and then — convenient for church officials — to a calcified dogma and doctrine propagated by the church.

It shouldn’t be surprising that this conception of Christianity coexists comfortably with the power-over exercised by the contemporary nation-state and corporation. These groups of elites — political, economic, religious — take for themselves the right to dominate in their arena, eyeing the other elites nervously, knowing they must collaborate with each other but always aware they also are in nervous competition in the struggle for primacy. Such is the nature of life, even for the ultra-privileged, in a power-over world.

We must give this kind of system its due: Clearly, a system based on power-over can be productive — it can extract resources from the earth and energy from people to produce a vast array of goods and services, which brings some benefits to some people. But just as clearly, such a system can never be truly creative — it cannot create a world in which all people flourish, create new ways of understanding, or create solutions to the problems power-over inevitably generates. Such flourishing, understanding, and problem-solving come not from power-over but from power-with, an understanding of power not based in assertions of independence and destructive dominance but in an embrace of interdependence and creative cooperation.

In a hyper-individualized society based on capitalism’s glorification of greed, it’s not surprising that an adolescent conception of selfish independence would define our political and economic institutions and dominate our cultural imagination. Of course the struggle for a certain kind of independence — being free from the imposition of power-over — is not a trivial matter; we see what inhumanity is possible when people are not truly free to act as individuals, and we know that independence at the personal level matters in our lives. Yet we all know that we are not independent beings but profoundly interdependent with each other, other organisms, and the non-living world.

The task is to create a system that gives us freedom from the illegitimate authority that people and institutions attempt to impose on us, but recognizes our obligations to each other. One way to think through this is to imagine what a world would look like if power were not “over” but “with,” if we understood that our power can be magnified in collaboration with others.

Even in the midst of a capitalist economy structured on power-over, experiments in power-with go forward, such as worker cooperatives that are owned and controlled by members. The United States Federation of Worker Cooperatives estimates that there are more than 300 such democratic workplaces in the United States, employing 3,500 people and generating about $400 million in annual revenues, mostly concentrated in the Northeast, West Coast and Upper Midwest.

Worker cooperatives tend to create stable jobs, foster sustainable business practices, and support linkages among different segments of the community. The principles articulated by the federation capture the spirit behind, and organization of, cooperatives: voluntary and non-discriminatory open membership; control by members; equitable and democratic control of capital; commitment to education and training of members; cooperation with other cooperatives; and a commitment to sustainable community development.[4]

Our approach is a response to high unemployment and decades of environmental racism. We don’t have the luxury to wait for new alternatives. That’s why we’re creating them. We believe that in order to address our environmental and economic problems we need new ways to earn a living that don’t require polluting the earth or exploiting human labor.[5]

For many, it’s hard to imagine working in institutions based on real cooperation because the society in which we live is structured on such a different notion. Yet if we think of experiences when we feel authentically most at home — not just our home with family, but with friends, in political groups, at church, in a community association — we typically feel powerful not because we can force people to do things or can ignore other people’s needs in our decisions; we feel powerful when we come together with others to create something we couldn’t have created alone.

Though it sounds paradoxical in this culture, this leads to an important insight:

We are most free when we are most bound to others.

When bonds are created under conditions of mutual respect and shared power, our freedom is deepened by such interdependence. Our strength is not sapped by these bonds but is enhanced by the emergent properties of collective human action. The individual efforts of numerous people cannot simply be added together and plugged into an equation to predict the outcome, but rather their simple actions come together in a collective result that is novel and irreducible.

The most creative force does not come from a power, centralized either in one person or one institution and its bureaucracy, which imposes its will on others and treats people as inputs whose energy can be plugged into a formula for production. The most creative force comes from distributed power that channels the contributions of many into ends that people define collectively. This goes against the cultural icon of the heroic figure, who may enlist the help of others but, in the end, draws on a power that is individual and ultimately in conflict with other power in the world.

Heroic figures typically are overrated, as those who are put in that role often understand. In Brecht’s play Galileo, the famed scientist’s assistant is devastated when Galileo recants his scientific beliefs under threat from the Inquisition. Andrea confronts Galileo: “Unhappy is the land that breeds no hero.” Galileo responds, “No, Andrea: Unhappy is the land that needs a hero.”[6]

[This essay is excerpted from Robert Jensen’s new book, All My Bones Shake: Seeking a Progressive Path to the Prophetic Voice, published by Soft Skull Press.

Robert Jensen is a journalism professor at the University of Texas at Austin and board member of the Third Coast Activist Resource Center in Austin, TX. He is the author of several books and is a regular contributor to The Rag Blog. Jensen can be reached at rjensen@uts.cc.utexas.edu and his articles can be found online here.]