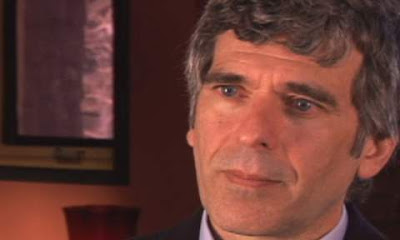 Norman Solomon has concluded it isn’t either/or. A prominent writer and leader in left movements for decades, Solomon is running for Congress in the hopes of being practical and remaining principled.

“Since I first went to a protest at age 14 in 1966 — a picket line to desegregate an apartment complex — my outlook on electoral politics has gone through a lot of changes,” Solomon said. “First I thought politics was largely about elections, later I thought politics had very little to do with elections, and now I believe that elections are an important part of the mix.

Solomon argues that when the left has treated elections as irrelevant, the result has been self-marginalization that helps empower the military-industrial complex.

“Having John Conyers, Barbara Lee, Dennis Kucinich, Jim McGovern, Raul Grijalva, Lynn Woolsey in Congress is important. We need more of those sorts of legislators as part of the political landscape.”

The 60-year-old Solomon had been considering such a strategy, and when Woolsey announced she was not running for re-election in her northern California district, he entered the race with the goal of staying true to his left political views, and winning.

Solomon said that if elected he would strive to change the relationship between social movements and members of Congress.

“Progressive movements and leaders in Congress should be working in tandem,” he said. “I want to strengthen the Congressional Progressive Caucus and help make it more of a force to be reckoned with.”

Solomon said that a reinvigorated Progressive Caucus could be more effective in fighting for the human right of quality healthcare for all; ending the perpetual war of the warfare state, what Martin Luther King Jr. called “the madness of militarism”; pushing back against the power of Wall Street; replacing corporate power with people power

Solomon is most widely known for his media criticism and activism, through his “Media Beat” weekly column that was nationally syndicated and his work with Fairness & Accuracy in Reporting. In 1997 he founded the Institute for Public Accuracy, a national consortium of policy researchers and analysts for which he served as executive director for 13 years.

Solomon became more visible in mainstream media through his trip to Iraq with actor Sean Penn on the eve of the U.S. invasion, part of anti-war efforts to prevent that coming catastrophe. Solomon’s 2005 book, War Made Easy: How Presidents and Pundits Keep Spinning Us to Death, and a companion film drew on his media and political expertise to analyze the war machine. (Full disclosure: I found the book and film so compelling that I brought Solomon to my campus to speak.

Polls indicate that Solomon is competitive in a Democratic primary that includes a state assemblyman, a county supervisor, and two businesspeople. Penn is supporting Solomon’s campaign, which has also received endorsement from U.S. Rep. Raul Grijalva, co-chair of the Congressional Progressive Caucus, and Dolores Huerta, co-founder of the United Farm Workers. Fundraising is always a struggle, especially since he committed to “corporate-free fundraising.”

“By raising more than $250,000 from more than 2,000 different people, we’ve shown that we can raise the needed funds without a single dollar from corporate PACs,” Solomon said. “But we need to raise a lot more, and the month of December will be crucial — end-of-year totals will be seen by many as a self-fulfilling gauge of our capacity to gain enough support to win.”

Solomon believes that citizen frustration with concentrated wealth, and the political dominance that big money buys, is opening up new possibilities for progressive candidates.

“Our campaign is very much in sync with Occupy Wall Street,” he said. “Issues that I’ve been talking about from the outset of this campaign last January, and for many years before that, are part of the OWS focus — Wall Street’s undemocratic power, the widening disparities between the rich and the rest of us, the need to eject corporate money from politics.”

For leftists, two questions hover: Can a candidate go beyond liberal positions and articulate anti-capitalist and anti-empire politics during a campaign? If elected, can a member of Congress stay true to those principles? Movement activists are wary of left/liberal politicians who push their rhetoric toward the center to get elected and then end up advocating centrist policies.

Solomon said he identifies with a phrase Penn used at a campaign rally: “principle as strategy.”

“I intend to stick with principles, what I believe and what I’m willing to fight for,” Solomon said. “The quest is not for heightened rhetoric, it’s for deeper meaning, with insistence on policies to match — economic populism, human rights, civil liberties, ending wars, and working for social equity.”

Though that agenda suggests radical change, Solomon said he doesn’t use the term “radical,” opting instead for terms such as “genuine progressive,” “progressive populism,” and “independent progressive” to describe himself and his campaign.

“The term radical can be understood as ‘to the root,’ but what it conveys to most of the public is that we are extreme and the status quo isn’t,” he said. “But look at the huge disparities between rich and poor, catastrophic climate change and destruction of ecology, inflicting massive suffering, extreme violence of war, and on and on. I would say the status quo is extreme.”