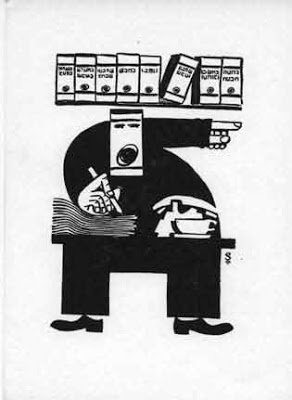 There’s no shortage of political blather in this year’s mid-term election campaigns, but most of us yearn for substantive discussion of the serious problems we face. What should the politicians be discussing? The University of Texas at Austin asked faculty members who teach about politics “to analyze, examine and provide their perspectives” on key political issues for the university’s website, with new essays posted each weekday throughout the campaign season.

I contributed three short essays that raise critical questions about economics, empire, and energy that are routinely ignored by most politicians. Here is one of them.

When politicians talk economics these days, they argue a lot about the budget deficit. That’s crucial to our economic future, but in the contemporary workplace there’s an equally threatening problem — the democracy deficit.

In an economy dominated by corporations, most people spend their work lives in hierarchical settings in which they have no chance to participate in the decisions that most affect their lives. The typical business structure is, in fact, authoritarian — owners and managers give orders, and workers follow them. Those in charge would like us to believe that’s the only way to organize an economy, but the cooperative movement has a different vision.

Cooperative businesses that are owned and operated by workers offer an exciting alternative to the top-down organization of most businesses. In a time of crisis, when we desperately need new ways of thinking about how to organize our economic activity, cooperatives deserve more attention.

First, the many successful cooperatives remind us that we ordinary people are quite capable of running our own lives. While we endorse democracy in the political arena, many assume it’s impossible at work. Cooperatives prove that wrong, not only by producing goods and services but by enriching the lives of the workers through a commitment to shared decision-making and responsibility.

Second, cooperatives think not only about profits but about the health of the community and natural world; they’re more socially and ecologically responsible. This is reflected in cooperatives’ concern for the “triple bottom line” — not only profits, but people and the planet.

The U.S. government’s response to the financial meltdown has included some disastrous decisions (bailing out banks to protect wealthy shareholders instead of nationalizing banks to protect ordinary people) and some policies that have helped but are inadequate (the stimulus program). But the underlying problem is that policymakers assume that there is no alternative to a corporate-dominated system, leading to “solutions” that leave us stuck with failed business-as-usual approaches.

It’s crazy to trust in economic structures that have brought us to the brink of economic collapse. But even in more “prosperous” times, modern corporations undermine democracy, weaken real community, and degrade the ecosystem. New thinking is urgently needed. Politicians who talk about an “ownership society” typically promote individual ownership of a tiny sliver of an economy still dominated by authoritarian corporate giants. An ownership society defined by cooperative institutions would be a game-changer.

None of this is hypothetical — there are hundreds of flourishing cooperative businesses in the United States. The United States Federation of Worker Cooperatives, provides excellent information and inspiring stories. In Austin, a cooperative-incubator group, Third Coast Workers for Cooperation, offers training and support for people interested in creating democratic workplaces.

Putting our faith in institutions that have become too big to fail has failed. Institutions that are too greedy to defend can’t be defended. Cooperative businesses aren’t a magical solution to the critical economic problems we face, but a national economic policy that used fiscal and tax policies to support cooperatives would be an important step on a different path.