Roger Baker : American Political Denial and the ‘Downsizing of Civilization’ 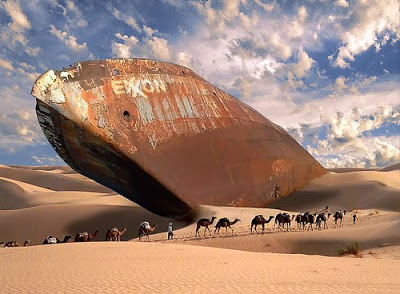 Our only hope may lie in crisis:
American politics and global discontent

See “The peak oil crisis: Did we vote ourselves to extinction?” by Tom Whipple, Below.

All the political polls show that the American public is deeply unhappy. This was reflected in the broadly anti-government sentiment that threw out many moderate incumbents during the recent mid-term elections. The onset of hard times commonly favors new and stronger political medicine in search of restoring the previous prosperity, whether this be right, left, or radical center.

Such popular discontent is now global, but is rather more concentrated in the mature and established capitalist economies accustomed to high living standards. The USA sees increasing political dissatisfaction with growing support for the Tea Party Movement and almost half thinking that America’s best days are past. However we also see growing economic unrest in France, Britain, and Ireland, and echoed in much of the rest of the world.

The root cause of this dissatisfaction is a globally overextended, indebted market economy, unable to grow enough to pay back its debts without cheap energy. The end of cheap oil, with its current plateau and peaking in global production, means that the global economy will never recover its previous scale of material production and level of material profitability.

The global lack of market demand needed to generate the previous profit is being fitfully met by increases of sovereign debt, via the issuing of fiat currency by the world’s major central banks. This is reflected in a retreat to investment in gold to preserve wealth.

Like a pack of hungry dogs fighting over scraps of meat, we now see the G20 nations trying to gain trade advantage for their national business interests and banking groups. This is threatening a global trade war leading to a contraction of total trade, probably leading to the creation of new regional trading blocks and alliances. Yesterday Greece, today Ireland — tomorrow Spain?

In the USA, as grassroots political and economic anxiety increases, the corporate media is actively promoting right wing political gurus like Glen Beck and Sarah Palin. They campaign against Washington, deny global warming, offer easy solutions mostly in line with corporate profitability, and blame liberal establishment scapegoats like Obama for a steadily increasing level of economic pain, joblessness, and political gridlock. Even with effective Republican control of Congress, there are deep internal divisions in the making.

One way to grasp the core political problem is to understand that the public is economically stressed, and unwilling to tolerate much economic sacrifice. In some ways this makes sense, given that an obviously dysfunctional and unstable political coalition is in charge of managing the U.S. economy, even while the independent Federal Reserve is struggling to be seen as nonpolitical.

Facing severe problems, any government needs to convince its public to tolerate temporary economic pain for long term benefit. It is as if we badly need an operation to restore our national health, but we cannot tolerate the pain of surgery, so we listen to the medical quacks as our health deteriorates. The problem now is that U.S. voters no longer trust the government to operate fairly. This is especially so after the bank bailouts that were accompanied by little banking reform.

The reality of course, is that to actually solve our problems, we first need to somehow break through our denial of the true nature of our problem. Then we need to rekindle a national spirit of political and economic cooperation such as the U.S. public willingly offered during WWII, and more recently the level of national unity seen under President G.W. Bush just after the 9/11 attacks.

Our immediate prospects seem gloomy. Because of a combination of economic decline and political paralysis, we seem to be headed for a political and economic crisis of some sort, perhaps our greatest depression, with peak oil as the icing on that cake.

Yet there is hope. Sometimes a crisis is the only way to disrupt business as usual enough to make the system receptive to fundamental change, even if wiser policies are only adopted as a last resort after the other possibilities have been exhausted.

There are still voices of reason to be found, in fact all over the Internet. One policy analyst I follow and recommend is Tom Whipple, an expert on energy economics and a fellow of the Post Carbon Institute. (The Post Carbon Institute is essentially a progressive environmental think tank, a coalition of about 30 leading environmental policy experts in different areas with a good grip on the big picture and reasonable and appropriate policy options.)

In the brief essay below, Whipple does a remarkable job of tying everything together; explaining how the end of cheap energy, the depressed U.S. economy, and the current political gridlock in Washington are tied together in terms of cause and effect. One can scarcely overemphasize the need to accurately understand what is really going on, as we collectively engage in the “downsizing of civilization.” 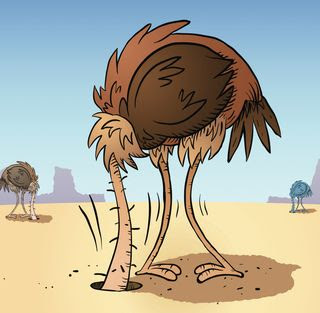 The peak oil crisis:
Did we vote ourselves to extinction?

The disconnect between the American body politic and reality grows larger every day.

In reviewing hundreds of pages of commentary on the election, one searches in vain for analysis that even comes close to describing what is happening to the nation — i.e. we are in the midst of a massive deflating credit bubble and running short of affordable liquid fuels at the same time.

There seems to be general agreement that the new balance of power in Washington means two years of gridlock. Despite an occasional bow in the direction of bi-partisanship, the new majority in the house is saying quite openly that it will work to lower taxes, cut spending, will stop any efforts to deal with climate change, and will spend the next two years investigating everything it can about the Obama administration in hopes it will be so discredited in two years that the President can’t possibly win another term.

Whether this agenda is what the voters thought they would get on November 2 when they voted yet again for change is another question.

Upon assuming office, the Obama administration faced the biggest choice of any American President since Lincoln — either face up to the fact that the industrial age, with its mantra of endless economic growth, was over and start making preparations for a new era, or try to revive the economy.

Apparently the new President, unwilling to grapple with the downsizing of civilization, chose to prolong the deteriorating industrial economy for a few more years by increasing deficit spending, attempting to reform health care, and resorting to various monetary tactics that may or may not keep the financial system from ultimately collapsing.

The basis of the problem is that without steadily increasing amounts of cheap energy, reviving economic growth as we know it is simply not sustainable for long. Borrowing and printing trillions of dollars may briefly slow the decline, but little more.

The trillions spent on bailouts and stimulation kept the illusion of recovery going for some months, but did little to increase employment or reverse the disintegration of the inflated housing market. Some polls show nearly half of U.S. households have been seriously affected in some manner by the adverse economic conditions, yet the administration continued to express optimism rather than realism.

In November of 2009 and 2010, the people spoke and the Congress and many statehouses were populated with many new faces. In most cases these newly elected officials had even less idea how the situation could be fixed, but they were new and that gave the voters a ray of hope.

The one policy area where the Obama administration tried to make major changes was in dealing with global warming by controlling carbon emissions. It is interesting that an issue on which there should be universal agreement — saving life on the planet — managed to degenerate into an imbroglio which approaches religious fanaticism. The reason of course is that controlling emissions is now thought by many as synonymous with further job losses.

Although a stream of studies conclude that global temperatures are rising, ice is melting everywhere, and people who study such things say increasing amounts of carbon in the atmosphere is to blame, over half of America believes man-made global warming is a giant hoax.

A recent Pew poll says that only 37 percent of Americans and 41 percent of the Chinese believe global warming is a serious problem. Only in Pakistan, which ironically is on the cusp of being done in by global warming, and Poland of all places, are people said to be less worried than here in the U.S.

So where is all this leading? The new House majority can’t cut the interest on the national debt, will be viscerally reluctant to make serious cuts in defense spending, and is unlikely to have the stomach to make serious cuts in entitlements. Therefore, it will likely content itself with chopping a few marquis spending programs such as earmarks, declare victory, and go back to preparing for the 2012 elections.

There is even a good chance that they will still be preparing when the next oil price spike occurs. If the spike is high enough and lasts long enough it could enter into the political debates in the 2012 election. But it really doesn’t matter; very high oil prices are going to do serious harm to the economy one of these days, and when they come, the realistic discussions can begin as to what we can do.

Unfortunately the most serious of all issues facing us in the long run could turn out to be the failure of the United States to exercise any sort of leadership on emissions controls. As matters stand right now the new majority in the House of Representatives seems dead set against any kind of controls and says it will do its utmost to prevent the administration from controlling emissions administratively.

Now a few years or even a few decades of unchecked carbon emissions may not be of consequence. The problem, however, is: what if, as many believe, we are nearing a carbon tipping point. Some climate scientists say that an average global increase of 6o C will leave the earth uninhabitable.

Long before we get there, rising sea levels, droughts, floods, storms, and what have you will make life very unpleasant for those of us still around or our descendants. Someday, those who are left will wonder just what we were thinking about when we let all this happen.

[Tom Whipple is a retired government analyst who has been following the peak oil issue for several years. This article first appeared in the Falls Church News-Press and was also published in the Energy Bulletin.]

3 Responses to Roger Baker : American Political Denial and the ‘Downsizing of Civilization’