Roger Baker on the Economy : The Pit and the Pendulum 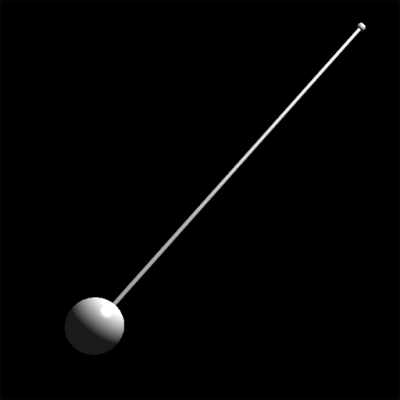 Nobel prize winning economist Paul Krugman today says in his NYT blog that his best guess is that Obama won’t be able to come back to Congress for more stimulus. Mainly because the half dose of government money medicine that Congress is offering as stimulus won’t work very well. And what doesn’t seem to work on mainstreet is not so likely to be rewarded with more of the same medicine.

Keynesian stimulation can be effective, especially when free of politics, and does have its place in the toolbox. But two important economic factors that tended to be ignored by the Keynesians are these:

First is that the world of finance capital is highly interlinked, which fact assures the economic contraction is now global. It takes global cooperation to resolve global problems. The stimulus package really needs to be the result of strategic global cooperation. (Some good economists think the Asian market is about the only place to turn for long-run post-stimulus economic demand, since they now hold so much of our treasury debt.)

Second, Krugman makes use of a formula to translate economic stimulation dollars into jobs gained or lost. But a very big part of the economic effectiveness is actually psychological. And this fact has a lot to do with how effective the stimulus package could be. Of course politics is also largely based on psychology, meaning that other fuzzy psychological unknowns determines whether the stimulus package can even exist at all.

How does the effectiveness of the stimulus package depend on psychology? Since US consumers were already over their heads in debt, and the economy started contracting last year, the public has cut back spending dramatically. This in turn has helped to globalize the economic contraction, raising risks and adversely affecting the international investment psychology as a consequence.

In order for the global economy to resume expanding, those in charge of fixing the economy have to convince everyone, including capitalist investors, that it is safe to resume spending on long-term production for things that are not immediately essential. They need to convince spenders that the worst is over and that things will get better, or at least that increased discretionary spending will be rewarded.

But the major surviving US banks are so far in debt that it may take four trillion dollars to bail them out, whether or not we decide to maintain them as private institutions. (The treasury and fed already got seriously burned by allowing Lehman Bros to fail.) The Congressional stimulus package is competing with the insolvent banks for US government funds. From Fortune:

“Bank bailout could cost $4 trillion; Banks don’t have enough capital to fix their problems, which means the Obama administration may need a lot more money to clean up the financial mess”

Its red ink everywhere in every direction we look. So many economists, including myself, assume that the government will simply borrow more or even just print up more money, which is easy to do since the dollar isn’t backed up by anything at all. (The dollar does however have the advantage of being the global money standard, which has protected it so far.) There is an unforseeable danger that the world could start suddenly dumping dollars, leading to rapid devaluation and commodity-led inflation.

At some point, however, when the public and the whole system is waist deep in freshly printed dollars, it is assumed that US consumers will start to shift in their thinking and start spending again.

The velocity of circulation of money, a key economic concept, says that with the same quantity of dollars in private hands, we could see prices in the marketplace either rise or fall, all depending on whether the public is of such a mind as to hoard their money or to spend it freely.

There is a famous economic metaphor that says that while the federal reserve can make money tight by raising interest rates, trying to throw things in reverse and get folks in a mind to start spending again is like pushing on a string. Since the fed has already lowered interest rates to zero without loosening up bank credit (a good indication in itself that the banks are still deep in debt despite the bailouts), about the only option left is to hand out lots of money, to the banks or general public, and to try to reverse the spending psychology. The government cannot force people to spend, but it can pass out lots of money, knowing that at some point consumer psychology will turn around.

The point at which consumers might decide to start spending in the midst of prevailing hoarding and deflationary psychology is when demand meets shrinking supplies for certain economic essentials like food and oil. If these prices begin to rise that will attract further spending into these tight market categories. Once started the psychology can swing back toward inflation starting from the tight market sectors, but this is not something under good control; given all the hoarded money lying around, the situation could rapidly turn toward a firestorm of hyperinflation, for which the only remedy is for the Fed to try to raise interest rates really fast to try to soak up dollars and cool things down once more.

But there are no guidelines, no idea when this might happen — or if merely bailing out the big international investment banks alone, even without the stimulus package, would eventually flood the system with enough cash to reverse the current psychology and start folks spending again.

Is there a bright side to our current economic mess? Maybe so.

The global economy is rapidly restructuring, on its own, to require less material resources, especially those tied to energy. The oil experts are warning us that we need to get accustomed to using on the order of 4% less oil per year in accord with world depletion, even as the US economy contracts by about the same amount. Likewise the global warming scientists are warning us about.

But we have never taken the advice of the such scientists very seriously before, if their advice interferes with private profit, no matter how credible the facts.

Is it not a relief to find that there are limits in our ability to use expansionist economics to defy nature, thus forcing us to comply with the natural limits on growth on a finite planet? Does anyone really think we should try to continue to keep growing global production as usual until global warming forces billions to starve? Here is a link to “Peak Oil and the Global Economy,” one of the many sources that suggest what we need to do and why, looking at the big picture from an energy economics point of view.

3 Responses to Roger Baker on the Economy : The Pit and the Pendulum