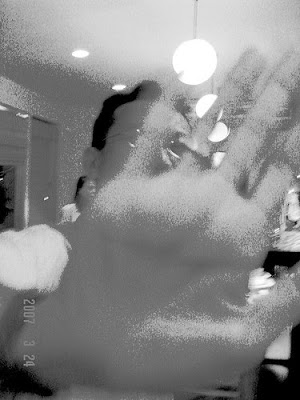 No more of this? Image from Susan Loone’s Blog.
Iceland set to become free haven
For journalists and whistleblowers

After Iceland’s near-economic collapse laid bare deep-seated corruption, the country aims to become a safe haven for journalists and whistleblowers from around the globe by creating the world’s most far-reaching freedom of information legislation.

The project is being developed with the help of WikiLeaks founder Julian Assange.

It flies in the face of a growing tendency of governments trying to stifle a barrage of secret and sometimes embarrassing information made readily available by the internet.

On 16 June a unanimous parliament voted in favour of the Icelandic Modern Media Initiative, a resolution aimed at protecting investigative journalists and their sources.

“We took all the best laws from around the world and pulled them together, just like tax havens do, in order to create freedom of information and expression, a transparency haven,” Birgitta Jonsdottir, the member of parliament behind the initiative, said.

Describing herself as an “anarchist,” the 43-year-old said she had decided to get into politics to seize the opportunities to change the system in Iceland following its dramatic financial collapse at the end of 2008.

Ms Jonsdottir was shocked to witness the attempts at censorship in her country, which had long been held up as a model democracy.

In the most resounding example, a court injunction in August 2009 forced Icelandic public broadcaster RUV to back down at the last minute from transmitting a report on one of the country’s three largest banks that all collapsed less than a year earlier, pushing Iceland to the verge of bankruptcy.

Instead of its report on the Kaupthing bank’s loanbook, RUV broadcast images from whistleblower site WikiLeaks, which had published the incriminating documents, in an attempt to draw attention to the limits being put on freedom of expression in Iceland.

“Freedom of information and freedom of speech are the pillars of democracy. Now, if you don’t have that, you don’t really have a democracy,” said Ms Jonsdottir, wearing “Free Tibet” and “WikiLeaks” pins on her jacket. 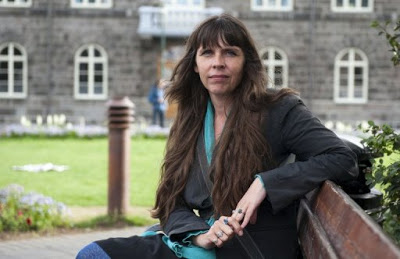 Icelandic parliament deputy Birgitta Jonsdottir. Photo from AFP.
Blaming the threat of terrorism, “all countries are facing new sets of laws which are making it more difficult in particular for investigative journalists and book writers,” she said.

The aspiring “island of transparency” aims to strengthen source protection, encourage whistleblowers to leak information and help counter so-called “libel tourism,” which consists in dragging journalists before foreign courts in countries with laws that best suit the prosecution.

The idea is to imitate and combine the existing most far-reaching laws in countries renowned for their freedom of expression, like the U.S., Sweden, and Belgium.

“I don’t think that there is anything radical in (IMMI). The radicalism around it is to pull these laws together,” Jonsdottir said.

“We have seen that really (such protections) are necessary,” said WikiLeaks founder Assange, whose name became known after his site last month published nearly 77,000 classified U.S. military documents on the war in Afghanistan.

“That’s our experience in the developing world and in most developed countries: that the press is being routinely censored by abusive legal actions,” he said recently in a video posted on YouTube.

Mr Assange, who spends much of his time in Iceland and other countries where the legislation is more in his favour, created WikiLeaks’ first global scoop in Reykjavik earlier this year.

Locked up for weeks at a time in a house in the Icelandic capital, he and a handful of other WikiLeaks supporters managed to decrypt and post online a military video showing a U.S. military Apache helicopter strike in Baghdad in 2007 that killed two Reuters employees and a number of other people.

WikiLeaks along with a number of non-governmental organisations and international celebrities like European member of parliament Eva Joly have contributed to developing IMMI.

Journalists in Iceland and abroad have applauded the initiative.

“By offering tight protection to the sources, it will be a lot safer to report on abuses in the government or in the corporate community,” said WikiLeaks insider and Icelandic freelance reporter Kristinn Hrafnsson.

“When you know you can pass on information safely, you’re more prone to do it,” he said.

But the resolution will also have implications beyond Iceland’s borders.

“In countries where they are oppressed such as China and Sri Lanka, journalists risk their lives,” Ms Jonsdottir said.

“We can’t help them with that, but at least we can ensure that their stories won’t be removed” from the internet, by posting them on servers located in Iceland where the censors cannot get at them, she said.

According to Ms Jonsdottir, it will take about a year and a half — the estimated time required to change at least 13 existing laws — before IMMI will go into effect.

[This article was originally published on August 19, 2010 by RTÉ News>, a division of Raidió Teilifís Éireann (RTÉ), an Irish national public service radio and television broadcast service. It was distributed by CommonDreams.]

This entry was posted in Rag Bloggers and tagged Freedom of Press, Iceland, WikiLeaks. Bookmark the permalink.