S. Russell on Obama and Civility 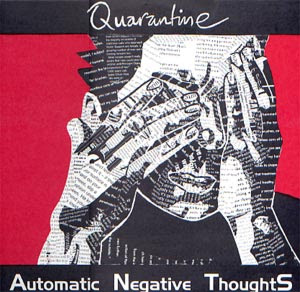 Obama and this matter of negative politics
By Steve Russell / May 7, 2008 / The Rag Blog

[Steve Russell wrote the following to introduce an article entitled “Outright Barbarism vs. The Civil Society” by Sara Robinson. It is a fascinating and revealing read and we highly recommend you check it out. It follows Steve’s comments.]

“Yes, we know what’s coming. We’ve seen it already. The same names and labels they always pin on everyone who doesn’t agree with all their ideas. The same efforts to distract us from the issues that affect our lives by pouncing on every gaffe and association and fake controversy in the hope that the media will play along. The attempts to play on our fears and exploit our differences to turn us against each other for pure political gain – to slice and dice this country into Red States and Blue States; blue-collar and white-collar; white and black, and brown.

“This is what they will do – no matter which one of us is the nominee. The question, then, is not what kind of campaign they’ll run, it’s what kind of campaign we will run. It’s what we will do to make this year different. I didn’t get into race thinking that I could avoid this kind of politics, but I am running for President because this is the time to end it.”

Obama must be serious about this because he has in so many cases declined to answer attacks from Hillary Clinton that begged for references to her on the same level. His response to the original Wright “God damn America” rant was a speech that was one of the best political speeches of my lifetime. If he needs to do anything more, he should carry copies…but you have to realize that nobody with any sense would any longer be asking about that particular Wright rant and pretending otherwise would not be fruitful—but he could have turned that nonsense around and aimed it at Clinton.

He could have an ad using the video of Bill Clinton’s “spiritual guidance” session with the same Rev. Wright right after that stain on the blue dress.

The other obvious negative Obama could do would be a “daisy ad” using tape of Clinton’s remarks about wiping out Iran with nukes.

NO, he should not do it.

Anybody with an IQ over room temperature could conjure up half a dozen drag Clinton in the dirt ads without breaking a sweat…which is why he should not go there. You don’t elevate politics above gotcha by playing gotcha.

This style of politics is a habit we need to break and it’s hard to break because it has been a winner. Those of us of a certain age remember the original daisy ad against Barry Goldwater, the anti-labor ad against Ralph Yarborough that showed empty streets allegedly from Yarborough running business out of town but actually shot at the crack of dawn when nobody was around.

There there was Bush 41 v. Willie Horton. Bush 43 claiming that McCain’s time in a Vietnamese prison camp drove him nuts. Karl Rove’s attacks on the patriotism of Max Cleland–chicken hawk destroys disabled veteran!

We don’t stop this brand of politics by wishing it away. We stop it by not doing it. By recognizing that it poisons democratic government. By being–gasp!–polite to our adversaries.

Outright Barbarism vs. The Civil Society
By Sara Robinson / May 6, 2008

I live in a nice place.

I mean that literally. It took some getting used to. After 20 years in Silicon Valley, where people put a premium on being direct and to the point, have no time to waste on small talk or personal sharing, and will call a stupid idea stupid to your face, moving to Canada required a whole lot of gearing back on that brusque American aggressive-in-your-face thing. The humbling fact was: We had to learn to mind our manners.

Much of the adjustment work that first year involved re-learning the art of Being Nice. We had to get used to meetings that started with 10 or 15 minutes of personal chit-chat. We had to train ourselves to stop interrupting people, and to be more careful to say “please” and “thank you.” We had to discover (sometimes, the hard way) that losing your temper with Canadians means that you will invariably lose the conflict. The more terse and irritated you get, the more determinedly calm and polite Canadians become, until you’re standing there looking like a raving idiot and they’re still firmly in control (though they’re very sorry you’re having such a bad day).

We also learned the unofficial Canadian motto, which is “I’m sorry.” Canadians will say “I’m sorry” even if you were the one who bumped into them. (Americans, on the other hand, won’t say it at all: apologizing is admitting fault, which is an invitation to lawsuits.) We used to respond to this by pleading with them out of our own misguided sense of Niceness: “No. Please. Don’t be sorry. It was MY fault.” But after a while, we gave up, went with the flow, and started apologizing for everything, too. It was really…well, nice, once we got used to it.

The whole world makes fun of Canadians’ resolute civility — but once I’d read a little Canadian history, I realized that this Being Nice thing isn’t just a cute cultural quirk. In fact, up here, it’s is a deadly serious matter of national survival. Canada’s 13 provinces and territories are, effectively, three separate nations—each with its own culture, language, religion, and history. On top of that, the country is the world’s largest importer of new immigrants, a large fraction of whom are from cultures very different from Canada’s aboriginal and European bedrock. The federal constitution that binds all this together is very weak (it’s not unlike the U.S.’s original Articles of Confederation), and the overwhelming bulk of government power is still tightly concentrated in the hands of the provincial premiers (that’s Canadian for “state governors”). Secession is eminently possible, as the Quebecois so often like to remind us.

In the face of all that, there’s the constant possibility—which does not exist in the U.S.—that one cranky politician having one bad day could stand up and say one idiot thing that would cause one faction or another to decamp en masse, thus precipitating the instant demise of Canada-as-we-know-it. The threat is real. It could happen. And the only thing that keeps it from happening is that resolute collective determination to stay calm, keep the peace, and Be Nice.

Civility is, in a very real sense, the glue that holds this big, diverse nation together. Name-calling, othering, and losing one’s temper is, quite simply, un-Canadian and unpatriotic. Failure to be civil in public is the fastest way (perhaps the only way) to get Canadians genuinely peeved at you. In the land where “life, liberty and the pursuit of happiness” is supplanted by “peace, order, and good government” as the organizing values, there is simply no excuse at all for that kind of behavior, ever.

Our essential reliance on civil discourse—and the big trouble that awaits us when we try to function without it—is the same idea that Jeffrey Feldman explores, far more pointedly, in his new book, Outright Barbarous: How the Violent Language of the Right Poisons American Democracy. Feldman, whose indispensable Frameshop blog has done a lot of the heavy lifting in deconstructing the way the American right uses and abuses language, briskly and thoughtfully deconstructs seven specific ways 30 years of us-versus-them rhetoric has polarized the country, forced us into unnecessary conflicts against each other and everyone else, and virtually destroyed our ability to govern ourselves.

Dave Neiwert, who coined the term “eliminationist rhetoric” to describe the language Americans have so often used to justify violence against each other, has carefully outlined the process by which ugly talk can easily devolve into horrific action. Call it holocaust, lynching, or apartheid — whatever the atrocity, it always begins with language that privileges us, dehumanizes them, and somehow justifies their removal from our midst. Feldman’s book breaks out another side to this conversation, by showing that the right wing has scored some very specific and tangible (and otherwise politically untenable) benefits by the simple act of grinding our discourse down the point where it’s now mostly conduced in the coarsest of us-versus-them terms.

Read all of it here. / Blog for Our Future