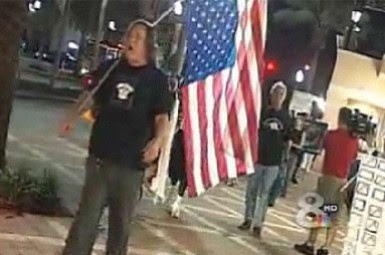 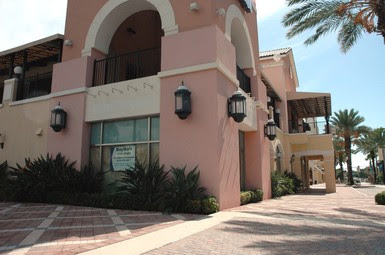 ORLANDO — Recent local news clips in Florida showed a physical encounter between two older men at a St. Petersburg City Council meeting. Aired as a 30-second frivolous item about “wrestling seniors in Florida,” only in very passing reference did the clips mention the underlying issue, which had to do with the City privatizing a public sidewalk long used for free speech, petition, and assembly.

It comes as no surprise to observers of the corporate media that important underlying issues are often trivialized. Unfortunately the story doesn’t end there. One might expect liberal social commentator Keith Olbermann to defend embattled civil liberties, but on his MSNBC Countdown program of Oct. 20th, the incident was shown with the same mocking and belittling spin as the rest of the corporate media, and the same disregard for the important values at stake.

What occurred at the St. Petersburg City Council meeting was, according to activist Bettejo Indelicato, “a long struggle for free speech and the right of peaceful assembly.” For years St. Petersburg residents have peacefully gathered on a public sidewalk in front of what Indelicato describes as a “high end shopping/entertainment complex” to demonstrate against the “unending war on terror” and similar causes. Complex owners informed the City they would not pump reinvestment dollars into the complex until the City chased off the protestors by privatizing the sidewalk.

On October 1st, the City Council on a 4 to 4 tie voted against the privatization. After the St. Petersburg Times predictably weighed in on the side of the complex owners, one of the Council members changed his vote at the October 15th meeting in favor of privatization. After the vote had been taken and the defeated activists were leaving, the clips show an audience member leaping up to accost one of those departing. This audience member is the brother of one of the Council members.

Underlying “the wrestling seniors” was the unreported real issue: a corporate-motivated property grab and subversion of First Amendment rights by a government sworn to uphold and protect the public interest and those rights. Aiding and abetting this through the dumbing-down of public discourse, and representative of those same interests, was the corporate media. Keith Olbermann didn’t miss a beat and played right along.

This same story, with or without Olbermann, will be re-played in communities across the country until such time as residents can reclaim government from corporate control.

My thanks to Bettejo Indelicato, St. Pete for Peace, and all others who stood up for their rights and participated in the fight to preserve civic engagement space in St. Petersburg.

To learn more, go to St. Pete for Peace.

3 Responses to St. Pete : Free Speech or a Senior Moment?