The Terrorist Trials : Proving We’re a Nation of Laws 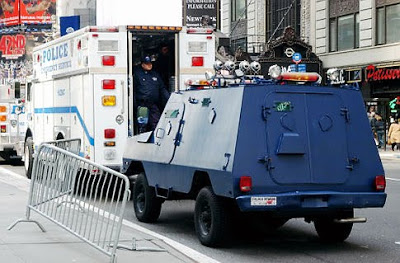 The Justice Department has finally decided to do the right thing, and bring Khalid Sheikh Mohammed (alleged 9/11 mastermind) and four of his cohorts to justice in a court of law — just like any other vicious criminals. They will be tried and hopefully convicted in a New York criminal court, and it’s about time — it should have happened years ago.

This is not anything unique. Terrorists have been tried in our civilian criminal courts many times in the past. Take for example the original Trade Center bombers (who failed to bring the towers down), the case of Timothy McVeigh and his sidekick, and the case of the Puerto Rican terrorists many years ago. They were all tried and convicted in a civilian court of law.

But those cases were before President Bush suspended the rule of law, and decided he could decide who would get a fair trial and who wouldn’t. Well, he was not only wrong, but he’s no longer president. It looks like the Obama administration believes in the Constitution and the rule of law, and that’s a good thing for everyone in America.

But it does point out a difference between the ultra-right wing and other Americans. Most Americans want to live in a free country governed by the Constitution and rule of law, where everyone (no matter how despised) gets a fair trial governed by the law. But the right wing doesn’t want that. They would prefer to live in a dictatorship where a leader decides who should have rights and who shouldn’t. That’s sad.

No one should have the right to deny a fair trial with constitutional rights to anyone else — not in a truly free country. In America, you don’t get to deny rights to anyone just because you don’t like them or due to the crime they’re accused of committing. By protecting the rights of even the vilest of criminals, we protect those same rights for every single person in this country (and that’s what the Founding Fathers wanted).

Senator Patrick Leahy (D-Vermont) says it well, “We have a judicial system that’s the envy of the world. I don’t think we should run and hide and cower. Let’s use our system.”

The fairness of our laws and our courts have never been reserved just for American citizens. Foreigners in the United States who violate our laws, have always been granted the same fair trial and constitutional guarantees as American citizens get. In a nation governed by the rule of law, everyone must be treated equally, citizen or not.

I want these terrorists convicted and given harsh sentences as much as anyone. But it must be done in a fair and open trial — both to protect our system of justice and rights, and to convince the world of our fairness and justice.

A truly free country can do no less.