The Texas Greens : Making a Deal With the Dark Side 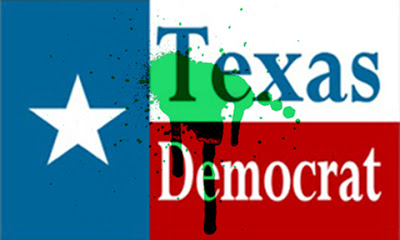 Graphic by James Retherford / The Rag Blog.
When do ends justify means?
The Republicans and the Texas Greens

One of the things I have learned the hard way in 40-plus years of working for progressive political change is this: If you use your enemy’s tactics to advance your goals, you will become your enemy; the means we use to achieve an end do in fact absolutely define what that end will be. The end does not justify the means, no matter how easy it seems. As Darth Vader said to Luke Skywalker, “The Dark Side is easier.”

I would think that anyone with the slightest knowledge of the political history of the international Left over the past century would have this basic law of political morality tattooed on their frontal lobes.

Those who laid down their lives for land, bread, and freedom in Russia, China, Spain, Cuba, or Nicaragua (to name only the most prominent) have invariably found their sacrifice stolen by those whose policies made the revolutionaries who fought for those ideals the first Enemies of the State to be liquidated once “victory” was achieved.

How we win matters.

For me, the recent disclosures about the Texas Green Party and their violation of this basic political law isn’t surprising, given the history of the Green Party in America. I wish it were otherwise. I would love to work for, support and vote for a progressive political party that campaigns on dealing with the real problems of America — war, poverty, racism and the environment. Since I would also like to work for a party with the slightest chance of achieving its goals, I have yet to join the Greens and doubt I ever will.

The Texas Greens were petitioning to get on the Texas ballot, but had no money to run a petition campaign. Then they were presented with the “gift” of 80,000 signatures obtained at a cost of $200,000 from a Republican operative.

As reported in The Dallas Morning News: “The liberal Green Party’s uphill battle to get on the Texas ballot this fall has been fueled by a surprising benefactor: an out-of-state Republican consultant with a history of helping conservative causes and GOP candidates.”

The “out-of-state Republican consultant” is Arizona Republican operative Tim Mooney, who set up the petition drive. Who is Tim Mooney? In 2004, he was a major player as part of Capital Strategies, a Las Vegas-based Republican-funded lobbying company that helped Ralph Nader gain ballot access in multiple states, which analysts say benefited George W. Bush by taking votes from Democrat John Kerry.

Had the “close election” in Ohio — where Mooney’s “help” to Nader drained just enough votes to give Ohio’s electoral votes to Bush — gone the other way, the past six years of history would be radically different. Just to be sure of who’s who, that year Mooney’s main business was a get-out-the-vote operation for the Bush-Cheney ticket in Florida.

That’s why this is important. The Enemy — otherwise known as the Republican Party — used left-progressives to derail the slightest possibility of anything that might even remotely slack of a left-progressive agenda ever got close to the halls of power.

This of course brings me to the issue of Ralph Nader, who ran as the “Green” candidate in 2000, on the platform (to quote George Wallace, another would-be third party spoiler) that “there’s not a dime’s worth of difference” between the Republicans and the Democrats.

I beg to differ. Anyone who thinks there was no difference between what might have been with President Gore and what we experienced with eight years of President Georgie-the-Lesser needs a brain transplant.

We all know that it was Nader’s campaign in Florida that sealed the deal and gave us Georgie-the-Lesser’s invasion of Poland, the destruction of the environment from an administration that not only didn’t believe in climate change but actively hunted down those who did, and ended by nearly destroying the entire economic system of the planet with their promotion of the most extreme pathologies of Wall Street.

In the years following that election in 2000, certain facts came to light, the most important being that Nader’s campaign in Florida was financed by Republicans.

Nader’s not the only one. Jump to 2006 and the Santorum-Casey Senate race in Pennsylvania.

Everyone knew the race was going to be closer than close. Santorum — a far-righty’s far righty — was running slightly behind his Democratic opponent. His only chance was to siphon votes away from his opponent. All of a sudden, there was Green Party candidate Carl Romanelli, who came from nowhere, and had the ability to siphon just enough votes away from Casey to give the election to Santorum.

What were the facts there? At one point, literally every penny in Romanelli’s campaign coffers — except for the $30 he donated to himself — came from conservatives supporting Santorum.

Paul Kiel, reporting for Talking Points Memo at the time, nailed the facts:

The Green Party listed a $1,000 check from a Bill Wickerman of Covington & Burling. There is no such person. However, a Bill Wichterman works there. He’s a Republican lobbyist who has also given to Santorum this campaign.

James Holman, who in the past has supported GOP House candidate Howard Kaloogian, Sen. Sam Brownback (R-KS), and Rep. J.D. Hayworth (R-AZ), was incorrectly listed by the Greens as “James Howmen.” He disclosed that he was an editor at the San Diego Reader; a James Holman is the publisher there.

The same thing was tried nationally in 2008, with Green Presidential candidate Cynthia McKinney — a failed politician who was disowned by the voters in her congressional district for her demonstrated incompetence. When asked if she would question any large donations from people not previously associated with the Green Party to help her gain ballot access, candidate McKinney said she wouldn’t question any contribution. Fortunately, 2008 wasn’t 2000, and Cynthia McKinney wasn’t Ralph Nader.

And now in 2010 we have Texas. Rick Perry, who a year ago was advocating the secession of Texas from the Union (there are times I think “Go! Don’t let the door slap your ass, Texas!”) has been running far ahead of Houston mayor Bill White. He’s been a shoo-in for re-election.

Until last week. A poll then showed Perry holding a 9-point lead over White; this is the kind of lead that can be overcome, this far out. Even the reliably-Republican Rasmussen has Perry up by only 12 in his most recent poll. And a poll from Public Policy Polling — likely to skew Democratic — has the two in a dead heat. This just might be a race that Governor Haircut can lose.

Or it is if everyone who thinks Rick Perry should be swinging by a rope from a cottonwood tree votes for White. A win by White would likely be closer than close, but it could be done. The rabbit could be pulled from the hat. That is, it could be if the Greens didn’t steal the rabbit in a few crucial counties.

As Rice University political science professor Mark Jones said, “It’s good news for Rick Perry, in the sense that the Green Party label draws votes away from White rather than Perry. It’s likely to take a small amount from White. This is only going to have an effect if it’s a very close election.”

I’ve seen this happen before. In 2008, there was an initiative campaign here in California to change the “winner takes all” system of awarding our electoral votes (those 55 reliable votes mean a lot to Democrats) and change it to one in which the electoral votes were apportioned according to the winner in each congressional district. The result would be the addition of at least 20 votes to the Republican presidential candidate.

The campaign had all kinds of “progressive” buzz words about “letting the people choose” and other such astroturf nonsense. The campaign had one goal, and that was to siphon off enough votes so that, in a close election, the Democratic candidate could lose.

Who was working on this stealth campaign to wreck the progressive movement? Tim Mooney. The same Tim Mooney who gave $200,000 worth of free political work to the Texas Green Party because he believes “everyone should have their political voice.” Fortunately, progressives in California spotted this for the Trojan Horse it was, and it went down to defeat.

In 1912, Socialist Party presidential candidate Eugene Debs said “it’s better to vote for what you want, and not get it, than it is to vote for what you don’t want, and get it.” American leftists have used this ever since to promote their various (failed) third party efforts. Interestingly enough, the German Communist Party used this in 1933, as part of their decision not to work with the Social Democratic Party — who they called “Social Fascists” — to oppose the Nazis. Their theory was that if the Nazis attained power, things would get so bad so fast that it would bring on The Revolution.

We all know how that worked out, right?

Myself, I think we are at the American equivalent of the German elections of 1933, We absolutely cannot allow the modern Republican Party back into power. I haven’t voted for Jerry Brown for any office he’s run for since I mistakenly thought he was the good guy back in 1974. But this November, I’m going to vote for him for the first time in 36 years. The thought of Meg Whitman in the Governor’s office after seven years of Ahhh-nuld is just too awful to contemplate.

Sometimes, the lesser of two evils really isn’t evil. I hope my fellow progressive Texans, whose existence is always my best argument against those outsiders who say Texas should be expelled from the Union, will consider that idea come November.

The means by which we attain power defines the ends we achieve. The kind of “morality” shown by the Green Party across the country in the past 10 years is not the kind of political morality I have fought for all my life. 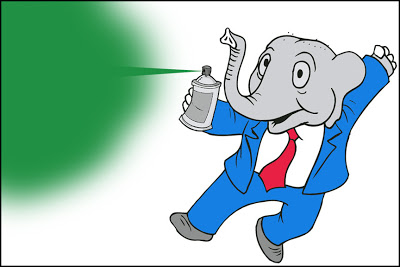 7 Responses to The Texas Greens : Making a Deal With the Dark Side