Tom Hayden : On Bin Laden and Searching for Monsters 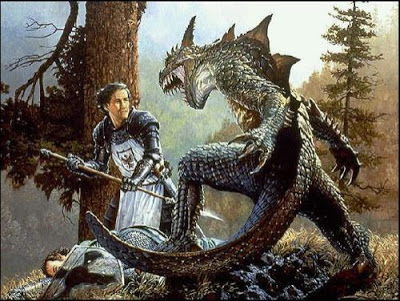 Seeking monsters to destroy. Image from Slog.
Searching for monsters:
Bin Laden is dead, but will
the ‘Long War’ on terror live on?

The killing of Osama bin Laden is a triumphant moment for President Obama and the CIA, allowing a symbolic claim to victory in the War on Terror, bringing an understandable feeling of closure for the victims of 9/11, and it will almost certainly assure the President’s re-election in 2012.

But as I wrote in The Nation in October 2009, however, the death of bin Laden is not likely to end the Long War on Terror, now spreading from Iraq to Afghanistan, Pakistan, Yemen, and a dozen other theaters of counterterrorism.

If bin Laden is gone, and his network heavily damaged, what is left of the terrorist threat to our national security that justifies so many trillions of dollars and costs in thousands of lives?

Because of a fabricated fear of bin Laden, we invaded Iraq. The invasion of Afghanistan was to deny sanctuaries to bin Laden and Al Qaeda. In response, Al Qaeda moved into Pakistan, where bin Laden was killed on May 2.

So why are the Taliban in Afghanistan a threat to the security of the United States with bin Laden gone? Surely there are terrorist cells with lethal capacity scattered around the world, surely there might be revenge attacks, but there is hardly a centralized conspiratorial threat that justifies the deployment of hundreds of thousands of American troops.

Now we shall learn whether there is another agenda that keeps 150,000 American troops in Afghanistan and Iraq.

As history turned out, however, our governments have identified and defined many monsters, from Crazy Horse and Geronimo on to the present. The underlying theory has been that demonic conspirators provoke, lead, and manipulate insurgent movements, and that silencing them will end the threat.

The example of Che Guevara is instructive. Detected, hunted, captured, and killed by Bolivians accompanied by the CIA in October 1967, Che was transformed in death into a global symbol of rebellion. His spirit continues to be alive today all over Latin America, and indeed the world. It can be argued that Che’s impact became greater in martyrdom than during his guerrilla campaigns in Africa and Bolivia.

So it could be with the myth of Osama bin Laden. It may depend on whether the U.S. moves away from the War on Terrorism model to more active support of the youthful social revolution sweeping the Arab world today, which has already surpassed Al Qaeda in its scope and momentum.

[Tom Hayden is a former California state senator and leader of Sixties peace, justice, and environmental movements. He currently teaches at Pitzer College in Los Angeles. His latest book is The Long Sixties.This article was also posted at The Nation and was distributed by Progressive America Rising. Read more of Tom Hayden’s writing on The Rag Blog]

1 Response to Tom Hayden : On Bin Laden and Searching for Monsters