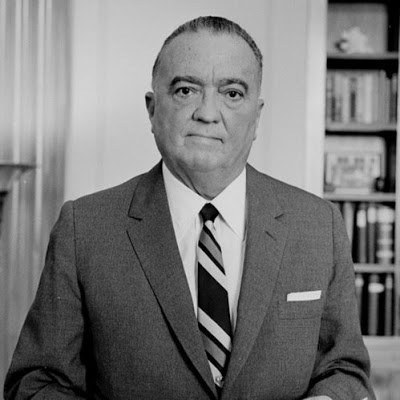 J. Edgar Hoover served as founding director of the FBI from 1924 until his death in 1972. Hoover may be best remembered today for civil liberties abuses such as the COINTELPRO program. Photo from Library of Congress.
Brief Reflections:

Intelligence and Counter Intelligence
in the Electronic Age
by William Michael Hanks / The Rag Blog / June 15, 2008

William Michael Hanks, a veteran of Austin SDS and of sixties iconoclastic community the Ghetto, worked as Writer-Producer for NASA, the U.S. Information Agency, and Public Broadcasting. His film “The Apollo File” won the Gold Medal at the Tenth Festival of the Americas and was cited in Norman Corwin’s “Trivializing America”. He is a descendant of the grandfather of Abraham Lincoln, and of John Adams, the first President to live in the White House. He is currently working on a historical novel set during the Shelby County regulator-moderator War, and on memories of his adventures in 60’s Austin.

His observations will continue to grace The Rag Blog in the future.

Advances in government organization, funding, resources and technology since COINTELPRO have changed the landscape of information gathering and dissemination – the landscape of Intelligence and Counter Intelligence. As is asked of the I Ching, the Book of Changes, “What would the wise man do? This brief reflection on the changes which have happened over the years since the FBI’s discredited spying and misinformation campaign suggest places we may stand together in opposition to the misuse of government power in the present day.

Because of our commitment to democracy we are the beacon of hope, we have respect for law and we follow the rules. If we abuse that balance, our system will correct it. There were abuses in the ‘70s. My community was asked to spy on Americans. That resulted in very strenuous hearings that created new rules and laws about how we govern the community. There are congressional oversight committees that are very intrusively watching what I do and what my community does, and that’s the right thing.

These are listed to emphasize the enormous power encompassed and wielded by the intelligence community. The sophistication in organization, resources, and technology developed in recent years make the methods of the FBI COINTELPRO (Counter Intelligence Program) look like schoolyard pranks.

The developments that, through abuse of power, most threaten free speech and freedom of association are (1) the Internet which has become the primary medium of expression independent of corporate media, and (2) the development of extensive database files made possible by computer technology. Then Secretary of Defense Donald Rumsfeld remarked on the desirability of “harmonizing” databases. We can only speculate what he meant by that.

My own experience with the Federal Government through working as a Writer-Producer of films for NASA and the U. S. Information Agency and having some contact with the intelligence community has led me to believe that most Federal employees are pretty much like everyone else. They care for their family and friends, love this country, and try to do their duty in a way consistent with the ideals we all hold dear. Most just try to stay out of sight until retirement. Many are hard working conscientious individuals who try to make a positive contribution. Not the devil.

However, just like the rest of us, all are subject to the frailties, flaws, and dangerous pitfalls of human nature. Who has not thought ill of another because we believed that person guilty of some offence that later proved to be untrue? What about the “good” people in churches who judge and condemn others because they differ in belief? And how about corporate executives who ignore the damage to persons in order to meet material goals? None of us are immune to these faults including those who we pay to protect us by wielding the terrible and awesome power that we the people have created. 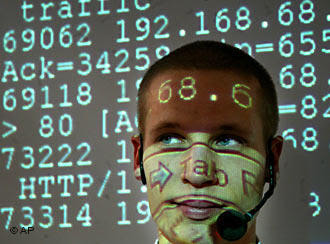 Since COINTELPRO in the 60’s the power to achieve the aims of that program have increased exponentially. One, the gathering of intelligence may be unseen … more difficult to detect. Gone are the days when informants could be tentatively identified by their behavior. No longer can we suspect the person who was at all the meetings asking personal questions and who never seemed to know what was really going on. Now personal assets are rarely squandered on the likes of us. There’s a reason for that.

New tools for intelligence gathering such as data mining and interception of telecommunications; voice; text messaging; e-mail; web sites; and yes, even web logs may be easily recorded for future analysis. The blurry pictures and scribbled notes exposed in Thorne Dreyer’s Spies of Texas have given way to more exact, extensive, and far more readable records of the exercise of our free speech and assembly rights as Americans.

New tools have become available for the other side of the COINTELPRO coin – counter intelligence. This is the distribution of misinformation to influence public opinion, to discredit individuals, and to disrupt organizations. Examples include the use of pentagon surrogates to misinform media establishments. The efforts to discredit Jean Seberg, an anti-war sympathizer, are echoed in the flurry of charges about Barack Obama’s associates and his faith. Misinformation no longer depends on gullible reporters. The very media we use to communicate our, hopefully, well-informed ideas can be used for ill. Email campaigns, web sites, text message broadcasts, and spurious blogs may all be instruments of mischief.

As King Theodin asks in J. R. R. Tolkien’s “Lord of the Rings” “What can mere men do against this evil?” It is important to recognize the threats to freedom are not peculiar to the present age. The truth is that history is a record of the struggle between oppression of the individual and the human rights of mankind. Citizens of Greece and Rome wrestled with the same forces. The Magna Carta was a significant if imperfect milestone in the recognition of inalienable human rights. And the U. S. Constitution forms the basis of all powers of the government reserving all powers, not enumerated, to the people. It is the greatest advance of human rights encoded into law in the present age.

But how do we make it work? In the end it is an instrument – nothing more. We can no more expect the words to leap from the page and subdue the forces of oppression than we could expect a hammer to drive a spike on it’s own. We the people must use the instrument as it was intended – by uniting in solidarity and common cause and by taking responsibility for the actions of our elected representatives.

Organizations now exist that are working to realistically balance the powers that need to be provided to our government with those that must be retained by the people. The focus of the organizations listed below is to protect the rights of the people against corporate, institutional, and government infringement. They are all concerned with the gathering and distribution of information – Intelligence and Counter Intelligence. We would do well to become familiar with and, when possible, support these efforts. No single person can be effective alone. But by standing together we can change the world we live in.

• Center for Media and Democracy

• Fairness and Accuracy in Reporting