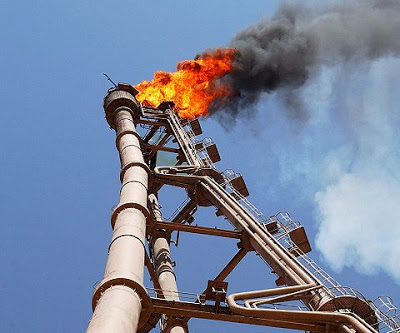 The world economy depends on cheap oil. So when it disappears it is
understandable that there is dissension and finger pointing among the
sellers.

Nevertheless, when the guys selling you the fluid to which you are
addicted tells you to back off, it is wise to listen. OPEC is trying
to promote the idea that speculators are driving up oil prices.

The OPEC desire to shift the focus to speculation as a reason for high
oil price ignores the fact that OPEC is running out of capacity at the
same time as world oil demand keeps rising along with population and
the growing Chinese economy. In other words the producer nations are trying to trick the oil consumer nations into relying on them to sell oil forever, by saying the apparent oil shortage causing a price rise is imaginary.

But we’re wise to OPEC’s lies. Speculation could never be a factor
without smart rich investors predicting even worse oil shortages and
buying up oil futures in preparation as world oil production peaks and
declines. Financial speculation is a financial symptom of a much worse problem; permanent oil shortages.

One of the energy industry’s biggest gatherings ended Thursday in the shadow of record crude prices, with concern growing about a third oil shock but with little consensus about what to do about it.

Divisions between consumer and producer countries on who is to blame for 140-dollar oil appeared to sharpen at the World Petroleum Congress, which brought together political and corporate oil bosses for four days of talks.

Saudi Arabia, the world’s leading oil exporter, expressed concern on Thursday about new records for benchmark crude of 146 dollars a barrel and again said it was committed to dialogue between consumers and producers.

But those discussions show no sign of finding a solution to market tension, with both sides citing different reasons: consumers underline supply shortage fears while producers blame financial speculators and the falling dollar.

“We are concerned about high prices,” Saudi Arabian Oil Minister Ali al-Nuaimi said on the sidelines of the meeting here, adding that Saudi “King Abdullah is leading the effort” for dialogue.

Top officials from consumer and producer countries met in Jeddah, Saudi Arabia on June 22 for talks on the problem of the runaway oil market, but prices have risen since then.

Benchmark prices of oil in New York and London set new record highs around 146 dollars a barrel on Thursday and the head of Russian energy giant Gazprom forecast they would “very soon” rise to 250 dollars.

Since the beginning of this week, as an estimated 3,000 delegates gathered here, prices have hit almost daily new records, with comments by Iran’s oil minister that the country would react “fiercely” to an attack stoking tension.

In one of the final speeches, Nuaimi defended the industry against attacks from “politically popular” environmentalists, saying alternative energy sources could never replace carbon-based fuels.

“The fact is carbon-based fossil fuels still are the cheapest, most efficient and most reliable energy sources for our mobile society,” Ali al-Nuaimi said.

“Nevertheless, it is politically popular these days to extol the virtues of so-called alternative fuels because of their lower carbon emissions.”

Despite booming conditions in the industry, there was a notable lack of optimism, with those old enough to remember previous oil shocks recalling the busts that followed afterwards.

The executive director of the International Energy Agency, Nobuo Tanaka, reminded everyone on Tuesday that “with oil prices hitting 140 dollars, we are clearly in the third oil shock.”

The head of Brazilian oil group Petrobas, which hopes to become a new powerhouse after announcing huge oil discoveries, said Thursday that no-one should expect a return to low oil prices, however.

“For the future we should not expect a dramatic fall in price,” said Sergio Gabrielli, who explained this was because of rising production costs that would underpin the market.

The head of French group Total, Christophe de Margerie, had said earlier in the week that 80 dollars a barrel was likely to be a ceiling for prices for this reason.

There was also open disagreement between the Organisation of Petroleum Exporting Countries and the International Energy Agency, which represents the interests of rich, consumer nations.

In a look at the medium-term outlook for the industry, the IEA predicted a tight market for the next five years on Tuesday and warned of looming tensions from 2010 as demand for oil from Asia and the Middle East continues to grow.

It also went to great lengths to refute the notion that speculators were to blame.

“Seventy percent of crude contracts on the Nymex are held by speculators… Some form of regulation is needed,” OPEC secretary general Abdallah El-Badri replied on Wednesday, referring to the US commodity futures exchange.

“The market has no shortage of physical crude.”

He also called on the United States to stop “harassing OPEC countries.”

OPEC president Chakib Khelil also called on the US to stop the fall of the dollar to stabilise oil prices and knocked back suggestions the cartel should increase production.