Afghanistan: So Long As It’s "Our Taliban" 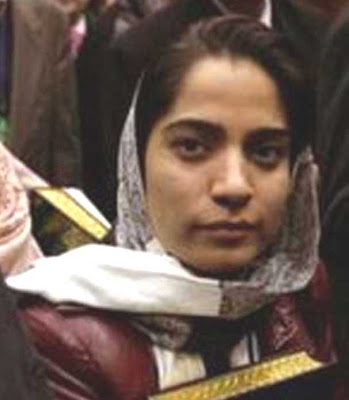 Malalai Joya
Is Malalai Joya the Bravest Woman in Afghanistan? An Afghan Woman Who Stands Up to the Warlords
By Farooq Sulehria / August 18, 2008

Afghanistan lives in the fear of the US-sponsored war lords. These hated warlords are not scared by the Taliban-monster raising its head in the south. Ironically, they live in the fear of an unarmed girl in her late twenties: Malalai Joya. To silence Joya’s defiant voice, war lords dominating national parliament, suspended Joy’s membership for three years in 2007. Earlier, at almost every parliamentary session she attended, she had her hair pulled or physically attacked and called names (‘whore’). ‘They even threatened me in the parliament with rape’, she says. But she neither toned down her criticism of war lords (‘they must be tried’) nor US occupation (‘war on terror’ is a mockery). Understandably, she’s been declared the ‘bravest woman in Afghanistan’ and even compared with Aung Sun Suu Kyi.

A household name in Afghanistan (‘Most famous woman in Afghanistan’, according to BBC), Joya shot to fame back in 2003 at the Loya Jirga convened to ratify Afghanistan’s new constitution. Unlike US-sponsored clean-shaven fundamentalists, Joya was not nominated but elected by the people of Farah province to represent them. She stunned the Loya Jirga and journalists present on the occasion, when she unleashed a three-minute vitriolic speech exposing the crimes of warlords dominating that Loya Jirga. Grey-bearded Sibghatullah Mojadadi, chairing the Loya Jirga, called her an ‘infidel’ and a ‘communist’. Other beards present on the occasion also shouted at her. But before she was silenced by an angry mob of war lords around, she had electrified Afghanistan with her courageous speech.

During the course of these three fateful minutes, the course of Joya’s life was also changed. In her native province of Farah, locals wanted her to represent them in elections. It takes guns and dollars to contest an election in Afghan electoral-battlefields. Joya had none. But she could not turn down hundreds of supporters daily paying her visits, urging her to stand. She decided to run for Wolesi Jirga (lower house of national parliament). Danish film maker Eva Mulvad, immortalised Joya’s courageous election campaign and subsequent victory, in her ‘Enemies of Happiness’ .

I happened to meet Joya in January unexpectedly at a dinner when she reached Peshawar (Pakistan) on her way to Canada. Since her passport has been confiscated and she is on Exit Control List, she had travelled to Pakistan in disguise. Politely refusing my request for an interview on the plea that she got to catch a flight early next morning, she promised to catch up with me in Kabul later in March.

Three months later, we met again in Kabul. As an MP, Joya was entitled to rent a villa in a posh neighbourhood designated to MPs. However, plagued with life threats, Joya hardly visits it. Her comrades discreetly pointed to the villa when we were driving past this neighborhood on our way to an underground home Joya sometimes uses to meet visitors. In an interview, interspersed by a delicious Afghan dinner, and post-dinner chat, this brave woman shared her hopes and fears with Arbetaren. Here are the excerpts.

Joya: Here in Afghanistan, we have a mafia running the system. It is the same war lords in the parliament who head the courts. These Northern Alliance warlords dispense justice. I was suspended because I termed Afghan parliament as a stable full of animals. Though I think animals are useful. The warlords want me to apologize for this comment. I refuse to apologize for telling the truth aloud. I don’t see a chance in a court dominated by warlords to do me justice. However, another reason was, for the fear of personal security, no advocate was ready to plead my case. Now a lawyer has agreed to plead my case and I would move the court. (She went to court in April). However, I would tell the court that not me but war lords be brought in the dock.

As far as Hamid Karzai is concerned, he has been shamelessly silent on my suspension by an undemocratic parliament. I never contacted him. He should have contacted me. On the other hand, there were demonstrations across Afghanistan against my suspension. Karzai’s police proved good only at breaking up these demonstrations. But also what Karzai could have done? He is ridiculed by the people of Afghanistan as mayor of Kabul since his control does not extend beyond Kabul.

How come than Karzai is in power and how come you keep declaring Afghan parliament as undemocratic when it has been elected in general elections?

Joya: Well, this is a parliament in which 80 per cent of the members are warlords or drug lords. They either snatched their places in parliament at gun point or bought these seats off with US dollars. In some cases, both guns and dollars played a role. Even Human Rights Watch has accused some leading members of this parliament of war crimes. But this parliament, in a unique move, granted warlords an amnesty against crimes committed during the war. Even Mulla Umar can benefit after this amnesty.

Karzai, who was voted in as a lesser evil, has been co-operating with these criminals all the time. Hence, no wonder if he is unpopular today. But he is sustained in the presidential palace by USA and all the warlords co-operate with the USA:

By the way, one hears more about Karzai’s brother in Kabul than Karzai himself. Every other posh real estate project or every second case of corruption is attributed to the younger Karzai. He is also named when it comes to drug peddling?

Joya: Corruption and drug trafficking have become a big issues. In my view, security is the biggest issue. After that it is corruption. The so-called international community which in fact is US government and its allies, has sent a lot of money. This amount was enough to build two instead of one Afghanistan. But even Karzai himself confesses that the money has ended up in the pockets of ministers, bureaucrats and member parliaments. On the other hand, one hears about a mother in Heart selling her daughter for ten dollars. And not merely the brother of Karzai is a drug lord, foreign troops have been allegedly involved.

Joya: Yes some press reports have pointed that out. For instance, Russian state TV has hinted at US troops involvement in drug trafficking. That was reported in the press here. But this is like an open secret. Karzai in one of his speeches last year said that it was not only Afghans who are involved in drug trafficking. He hinted at foreign connections. Though he did not name any country or troops but people in Afghanistan understood what he meant. Now Afghan drugs are finding their way to New York and European capitals. Hence, no wonder today Afghanistan is producing 90 per cent of world opium. This is taking its toll on women. Now we hear about ‘opium brides’. When harvests fail, peasants are not able to pay back loans to drug lords; they ‘marry’ their daughters off to warlords instead.

Why is the USA letting all this happen?

Joya: The USA wants the things as they are. The status quo. A bleeding, suffering Afghanistan is a good excuse to prolong its stay. Now they are even embracing the Taliban. Recently, in Musa Qila, a Taliban commander Mulla Salam was appointed as governor by Karzai. The USA has no problem with the Taliban so long as it’s ‘our Taliban’.

Not merely Karzai, but also all these war lords have been sustained in power by the USA. That is why, when there are demonstrations against war lords, there are also demonstrations against foreign troops. People here believe that the warlords are cushioned by the US troops. If the USA leaves, the warlords will loose power because they have no base among our people. The people of Afghanistan will deal with these warlords once US troops leave Afghanistan.

Don’t you think security situation will get even worse once troops pack off?

Joya: Maybe. But tell the people in Sweden that Swedish troops are helping implement US agenda in Afghanistan. The democracy-loving people of Sweden should rather support democratic forces in Afghanistan and instead of sending soldiers; Sweden should send doctors, nurses, teachers and build schools and hospitals.

Farooq Sulehria lives in Sweden and can be reached at mfsulehria@hotmail.com.

This entry was posted in RagBlog and tagged Afghanistan, Politics, War, Women. Bookmark the permalink.

One Response to Afghanistan: So Long As It’s "Our Taliban"