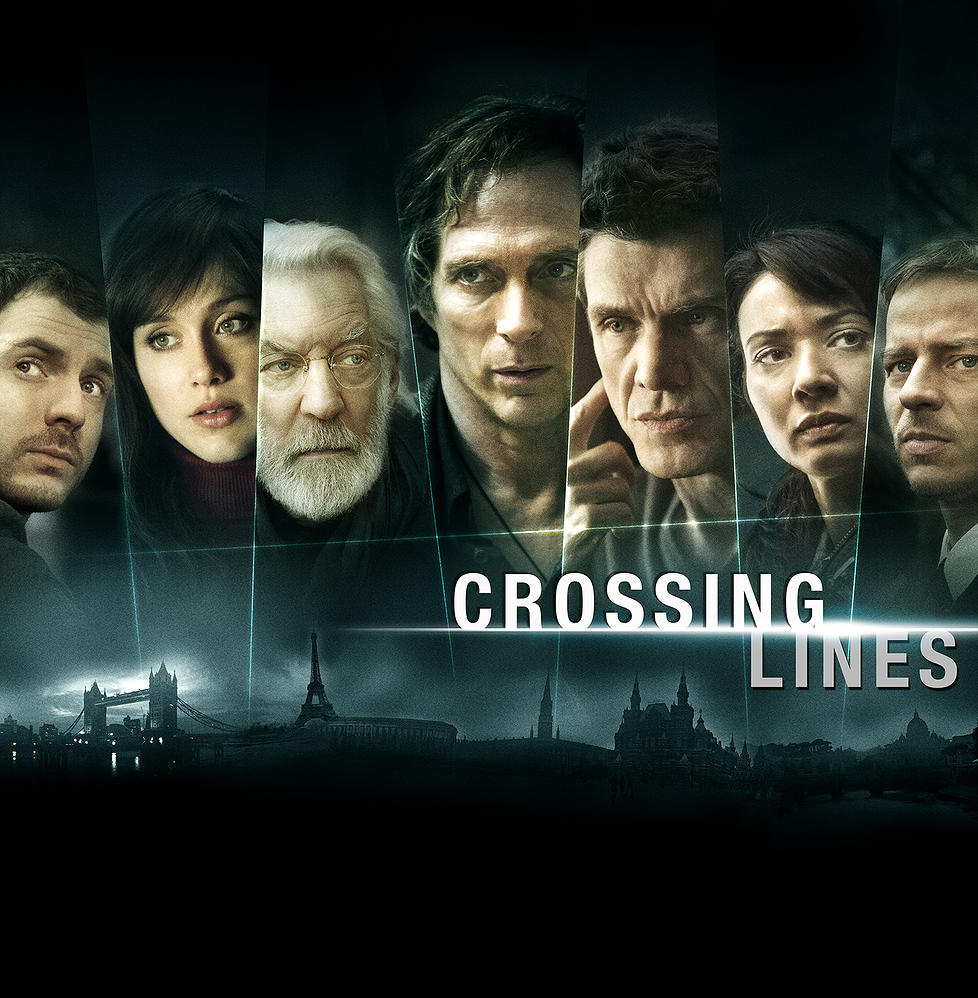 Crossing Lines is an English-language French/German international crime series shot in Czechoslovakia. In 2013, the first series of 10 episodes aired in Turkey, Croatia, India, Iceland, Poland, Japan, Sweden, Canada, Belgium, Italy, Hungary, UK, Germany, France, and in the U.S. as a Summer 2013 show on NBC. All episodes are on Netflix and Netflix Instant streaming. Here is one.

It has been renewed for 12 episodes on French channel TF-1 and Season 2 is due for delivery in other markets in the fourth quarter of 2014. It costs $3 million to produce an episode.

This action-packed global drama follows the adventures of the fictional International Criminal Court’s police force pursuing cross-border crimes in exotic European locales. The team is headed by Marc Lavoine, playing a French police officer who is simultaneously seeking revenge on the Russian who murdered his son. William Fichtner is a wounded New York cop out to get the child white slaver who injured him.

Approval of all missions comes from the Court’s Donald Sutherland. Other actors on the team are Tom Wlaschiha (as a German tech specialist), Richard Flood (as a Northern Irish weapons and tactical specialist), Gabriella Pession (an anti-mafia covert specialist from Italy) and Moon Dailly (as a French border cop). Added to the team for season two is Lara Rossi as a Dutch police officer.

Crossing Lines was created by Rola Bauer (five nominations for works including Pillars of the Earth and World Without End) and Edward Allen Bernero (who wrote five episodes of this series, won the Humanitas prize for Third Watch and also produced and wrote for Criminal Minds).

The series’ locations and scenery are refreshing and beautiful. The casting is excellent. There are multiple plots going on, and high tension is constantly maintained.

A painful injury drove Fichtner’s character, Carl Hickman, to a morphine addiction, and as the series begins he is working as a garbage collector at a carnival in the Netherlands. He is recruited to join the Hague-based International Criminal Court’s special crime unit, which investigates a variety of cross-border crimes.

William Fichtner has two awards for Crash, a nomination for Black Hawk Down and has appeared in Entourage and Prison Break. Donald Sutherland has won 14 awards and 16 noms for works including Ordinary People, Steelyard Blues, The Pillars of the Earth, Path to War, and MASH.

Marc Lavoine received a César award nom for Le coeur des homes and was in The Good Thief. Gabriella Pession has been in 32 Italian films and series.

Lara Rossi performed in Life of Crime and Murder: Joint Enterprise. Guest stars in Season 2 will be Carrie-Anne Moss (Matrix, Vegas) and Ray Stevenson (Dexter, The Book of Eli).

In the pilot, four women have been killed, and their bodies were left in wooded areas of parks in major European cities. Investigators team up to find the killer. In the next episode, an Amsterdam millionaire real estate developer in is poisoned, and his Van Gogh paintings are stolen. The team’s research finds two other similar cases over the past year from other countries. A scan of the victim’s apartment reveals he ingested Polonium-210.

In episode three, a murder ring involving European truck drivers, a mechanic disables family vehicles in order to force parents to fight each other to the death, with their orphaned children being cared for by the mechanic’s wife. Other episodes deal with international kidnapping, bank robbery, prison break, drug theft, computer hacking, and multiple murder.

It is unknown whether NBC will pick Crossing Lines up for either Fall 2014 or midseason. Of concern is that its Summer 2013 U.S. viewership declined from 4.7 million for the pilot to 2.06 for the final episode.