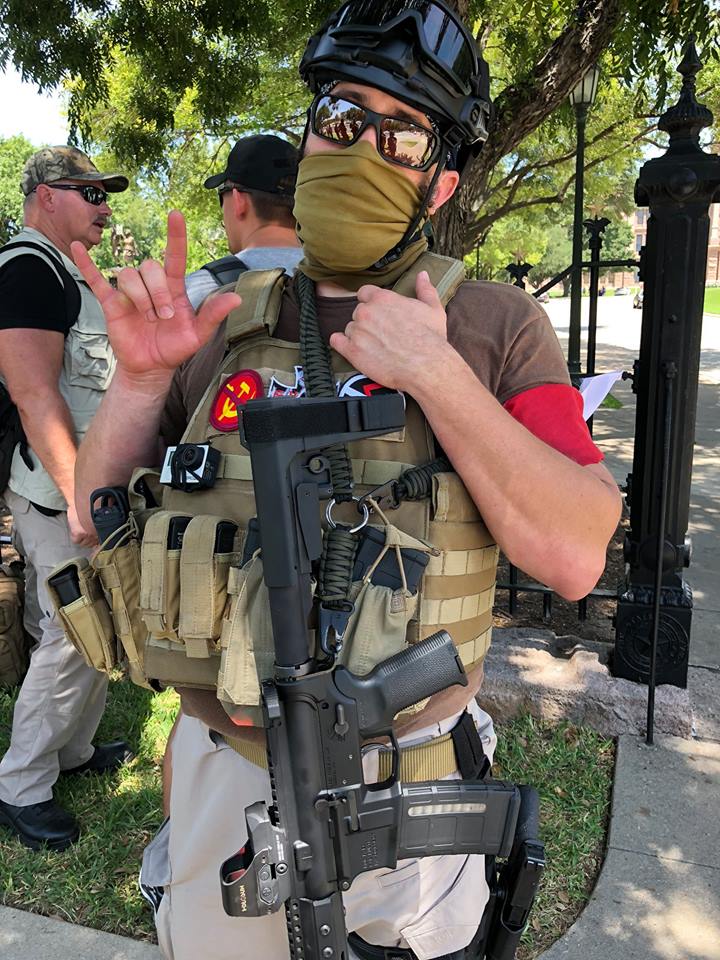 AUSTIN — A flimsy contingent of far-right activists and representatives from white nationalist groups, numbering at most three dozen, was totally drowned out by at least 500 noisy counter-demonstrators during a rally on the steps of the Austin State Capital on Saturday, August 18.

The counter-protesters, many from the Austin chapter of the Democratic Socialists of America (DSA), were armed with drums, horns, sirens, pots and pans, and a variety of other noisemakers.

The event, ironically tagged the Austin March Against Far-Left Violence, was hosted by Texans United for America, and, according to the Texas Observer, was sponsored by Texas State Rep. Dan Flynn, known for carrying controversial anti-Islam legislation.

The group had a small but well-armed security force in makeshift neo-Nazi garb, many brandishing semi-automatic weapons. Topping off the mix was a phalanx of Texas State Police in full riot gear, including shields and batons, itself far outnumbering the “anti-voilence” group on the Capitol steps.

The photos below were taken by Anne Lewis, award-winning filmmaker and senior lecturer at Moody College of Communication at UT-Austin, and Rag Blog designer and Yippie throwback Jim Retherford. 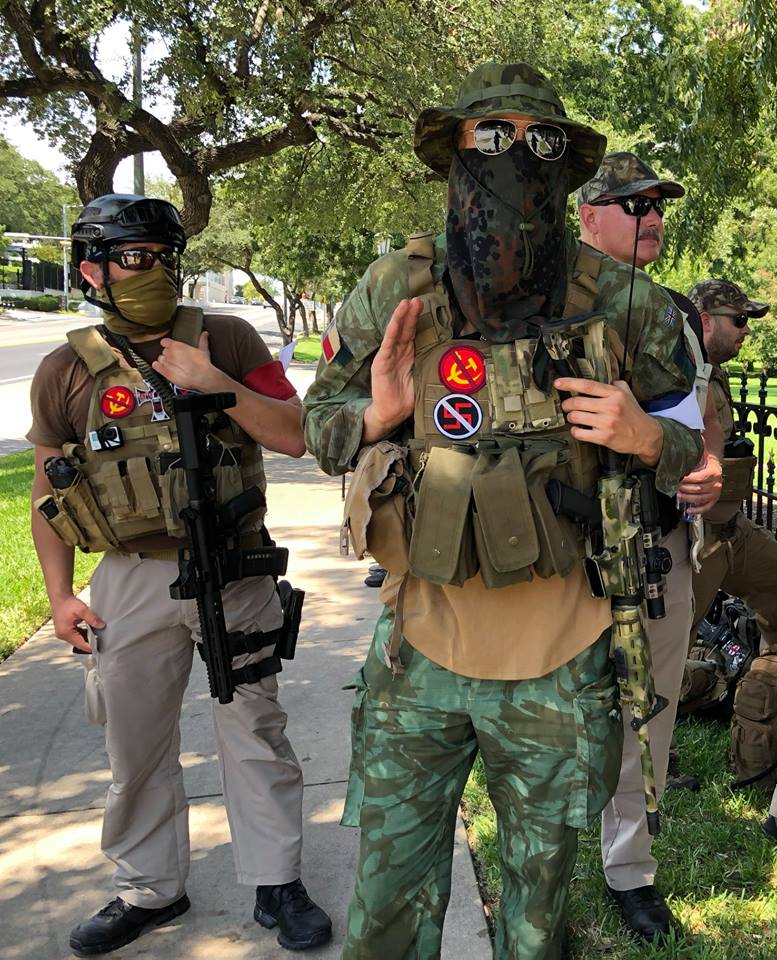 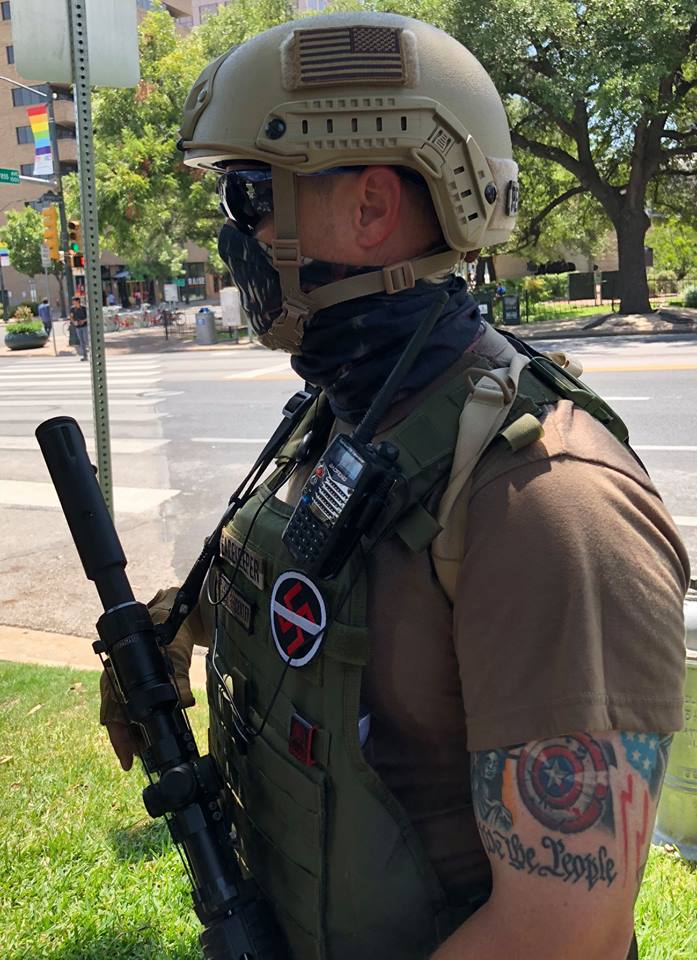 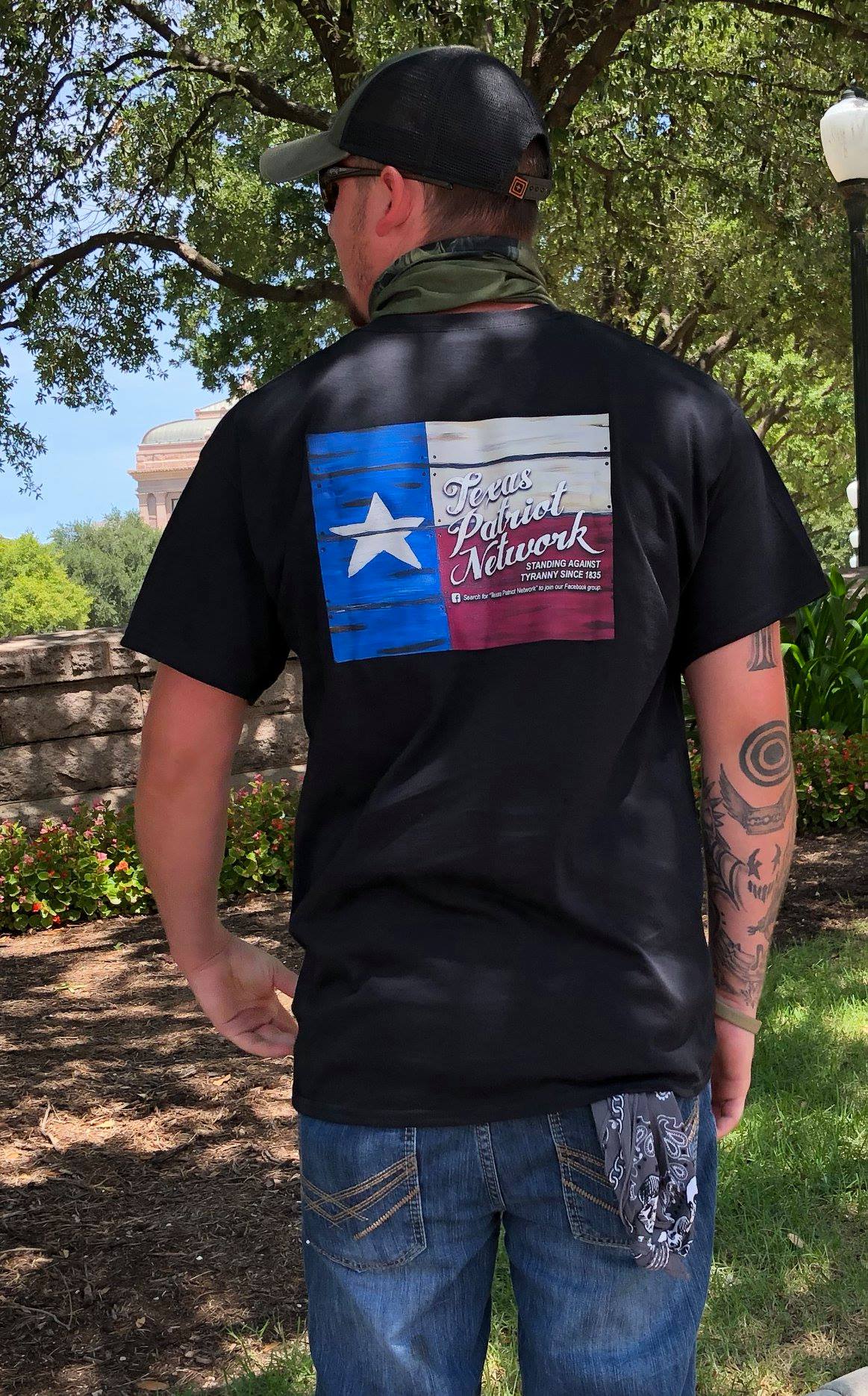 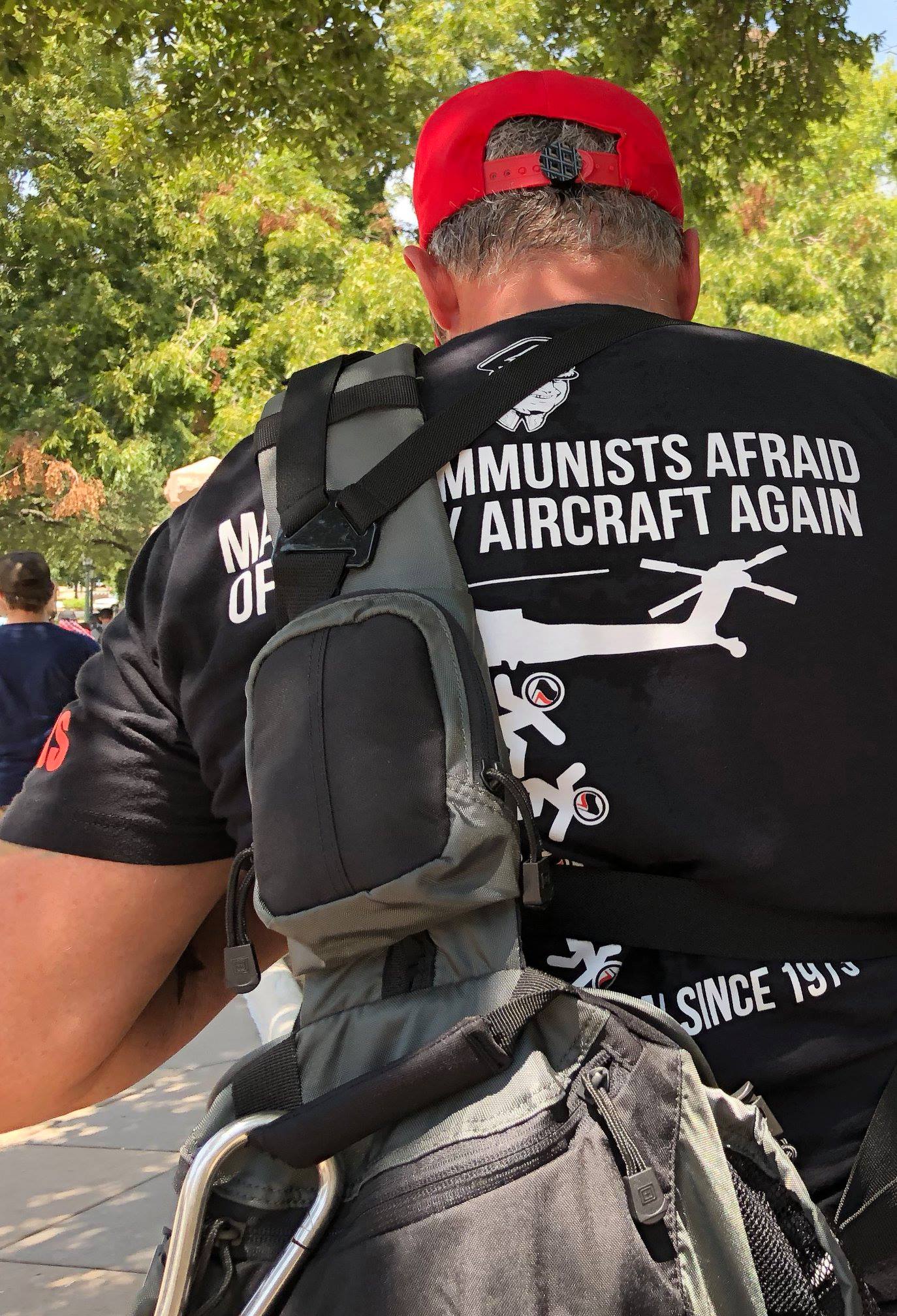 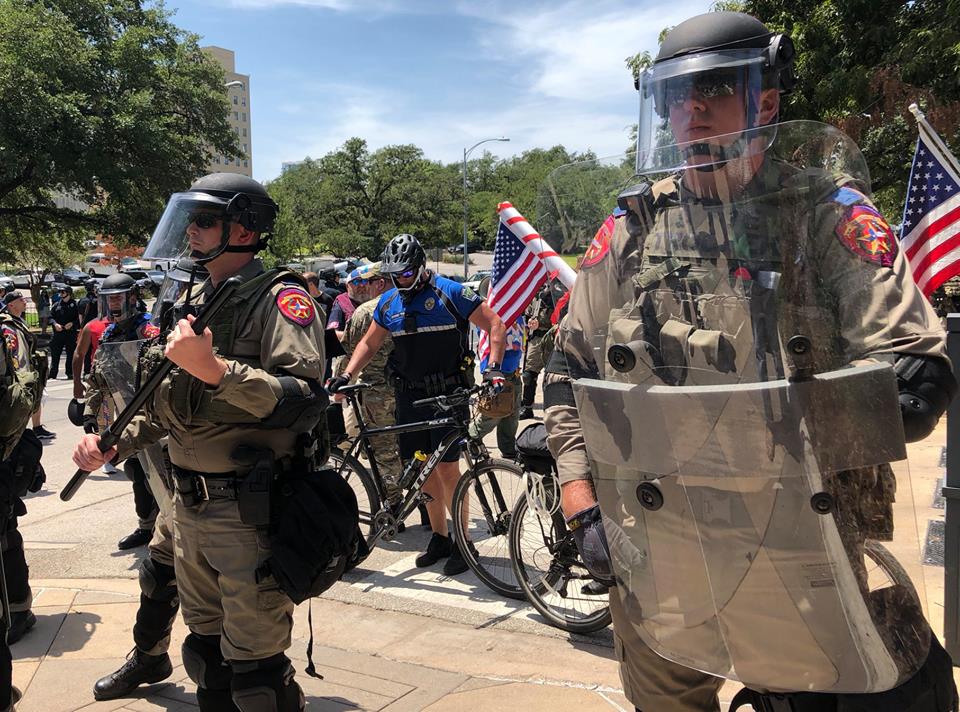 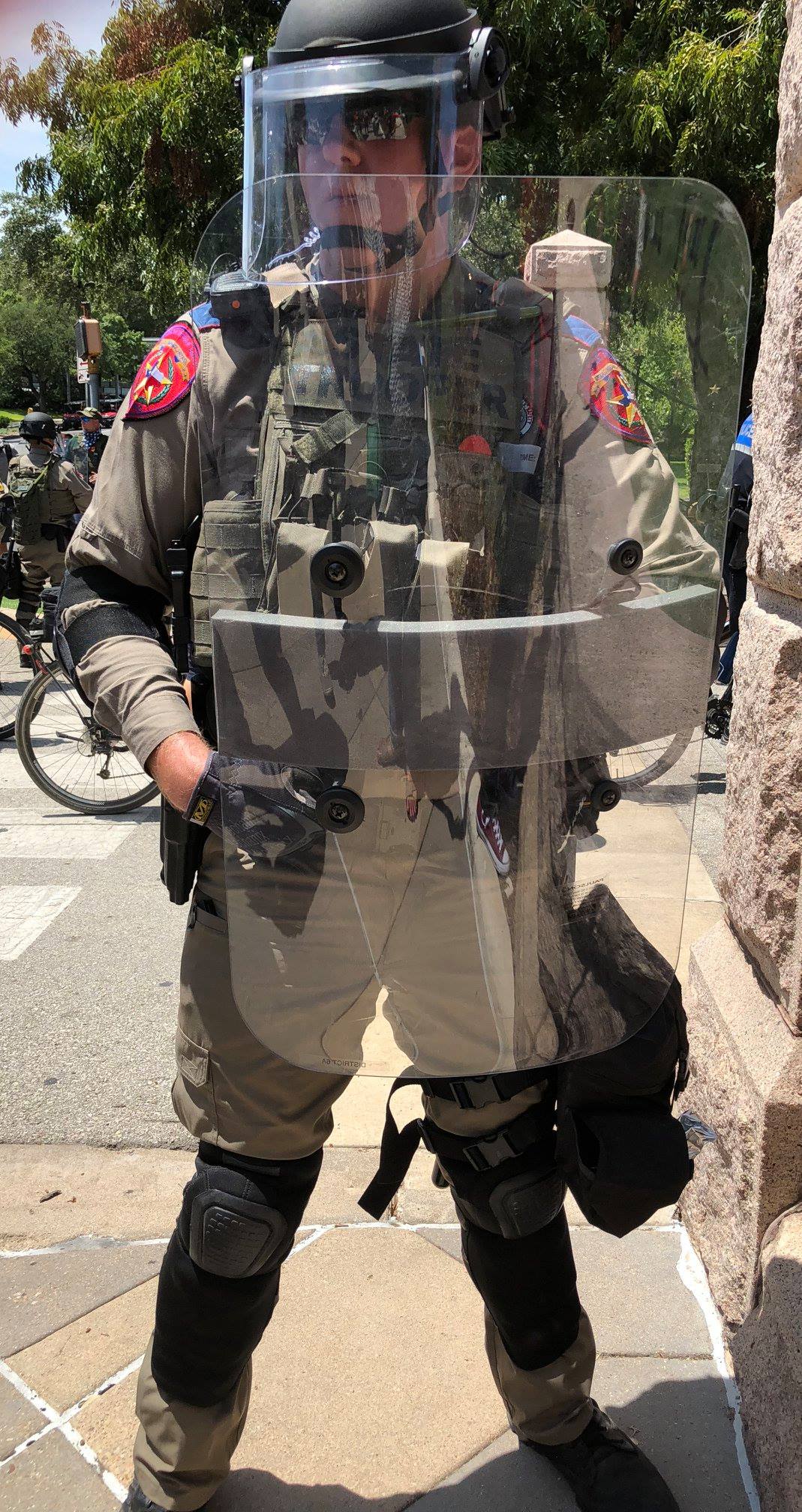 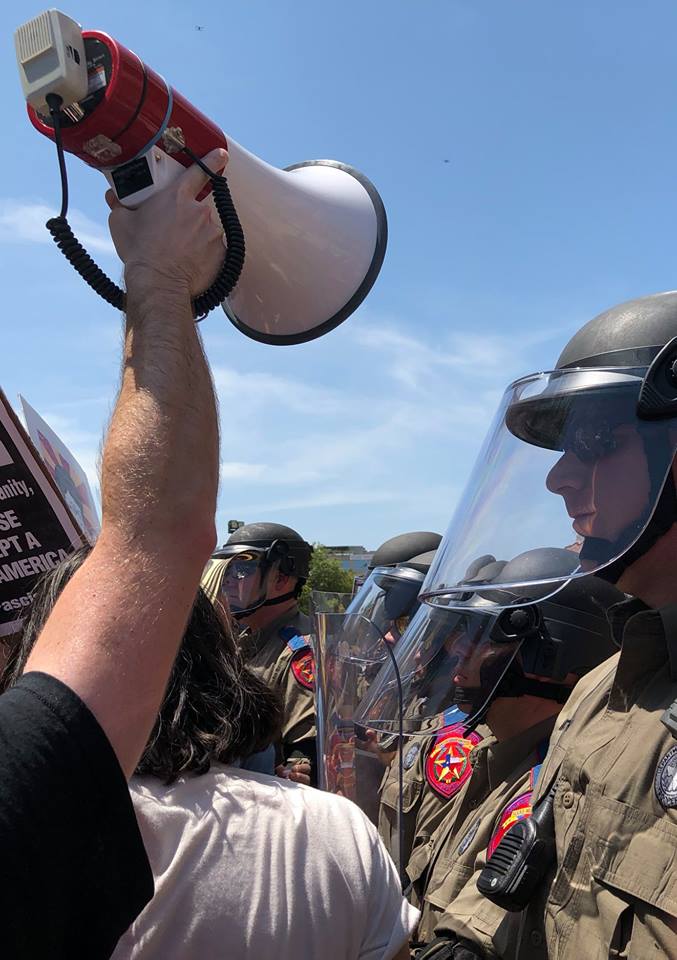 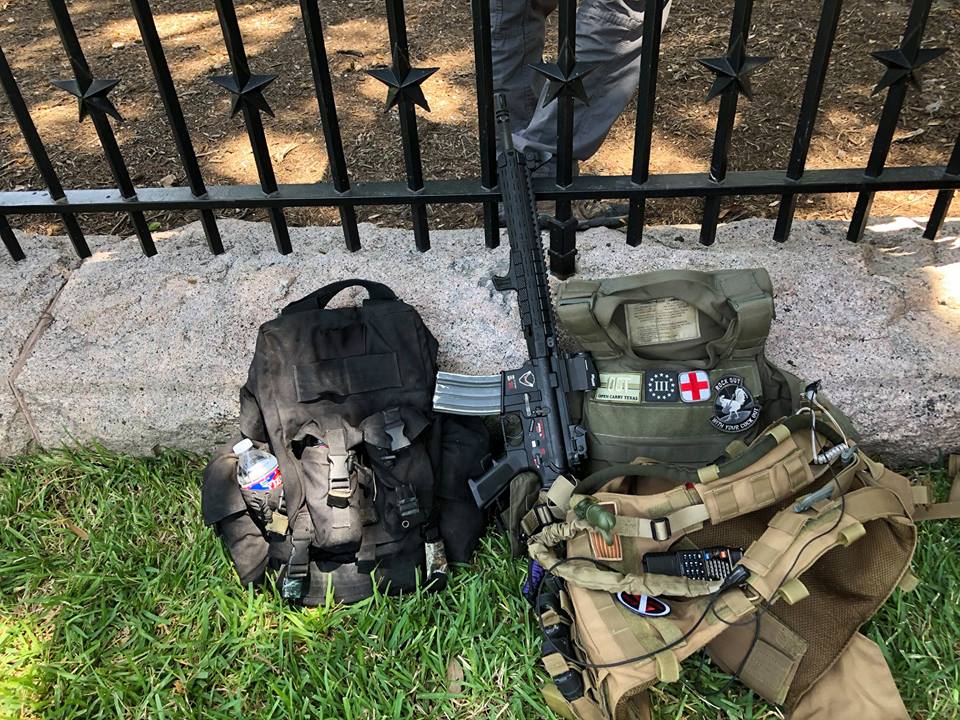 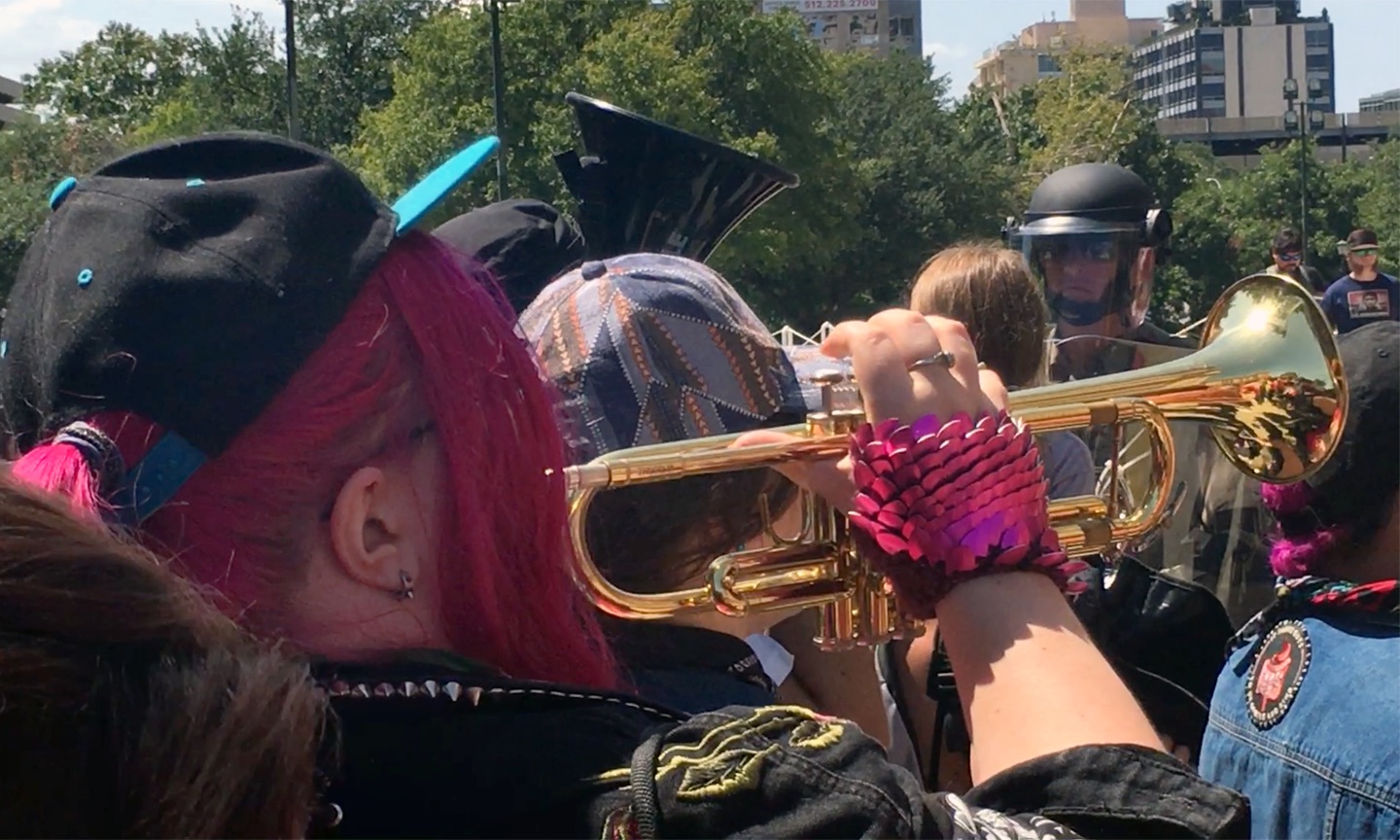 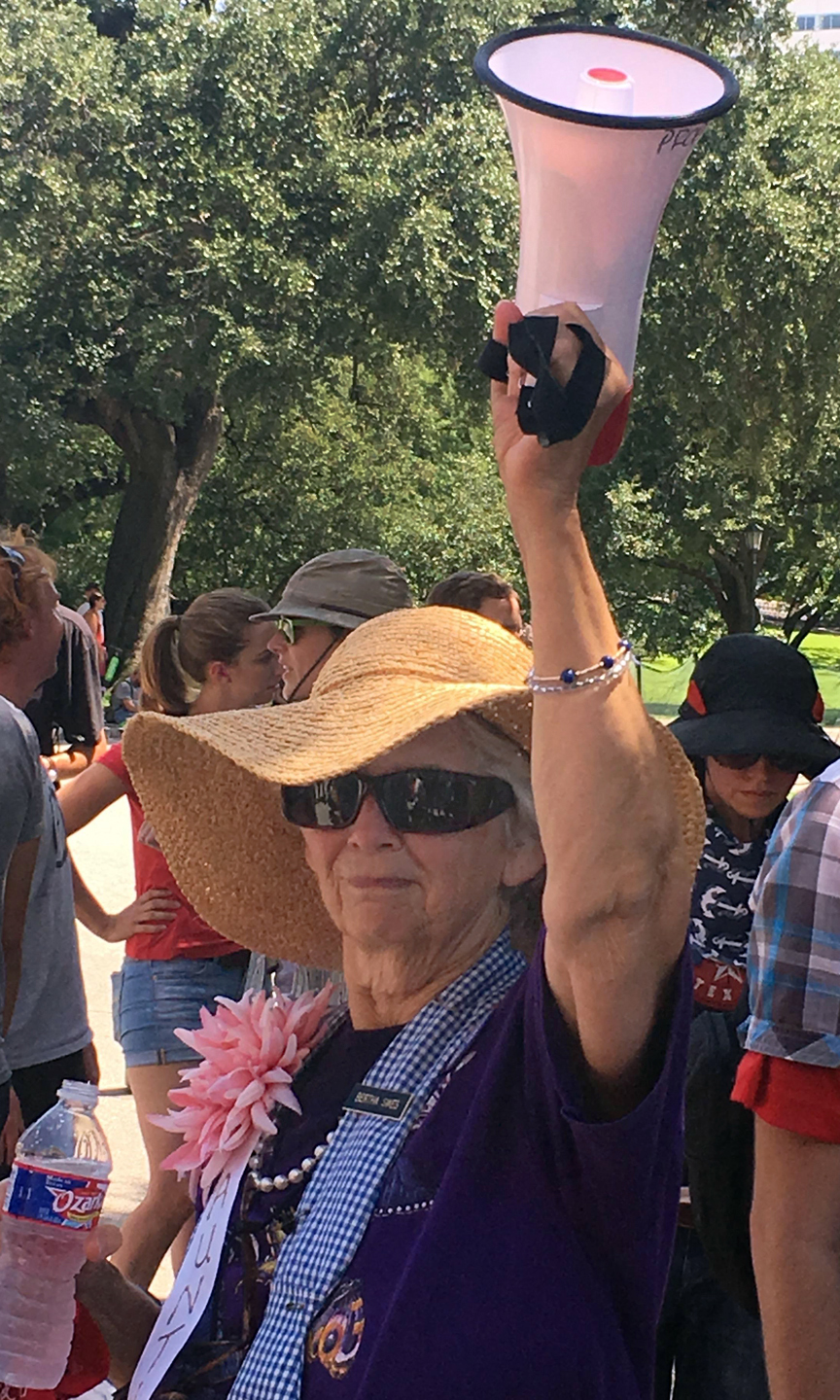 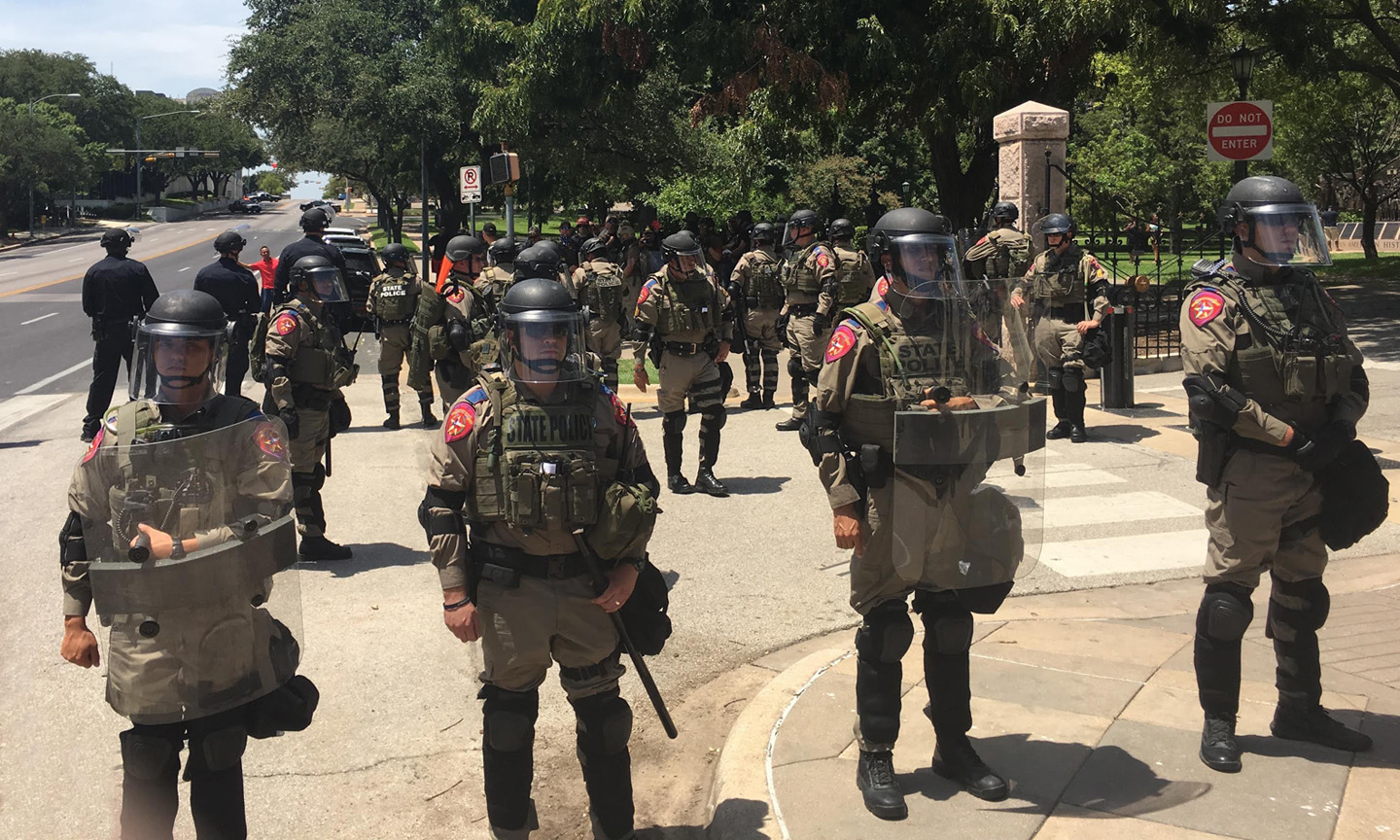 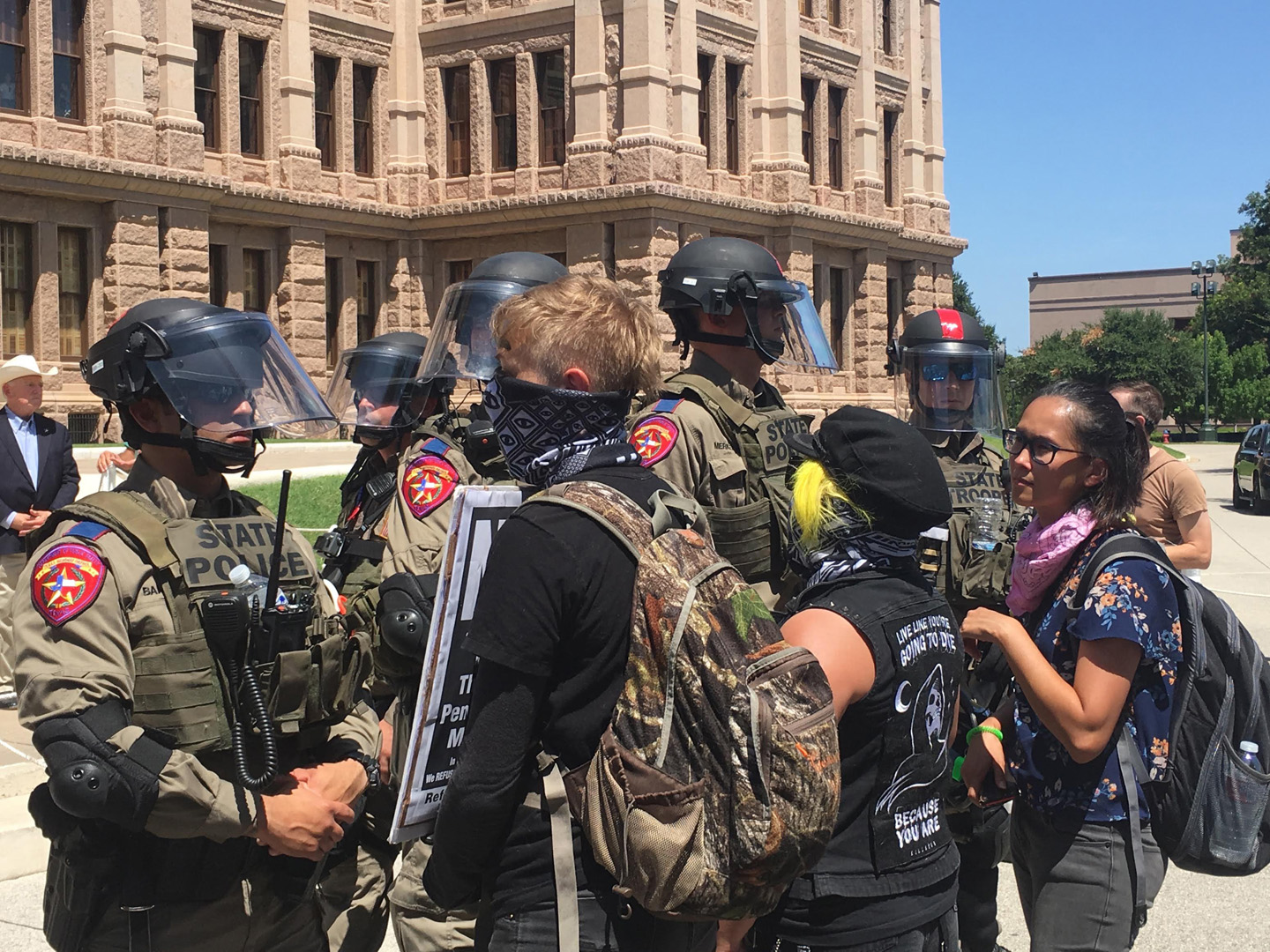 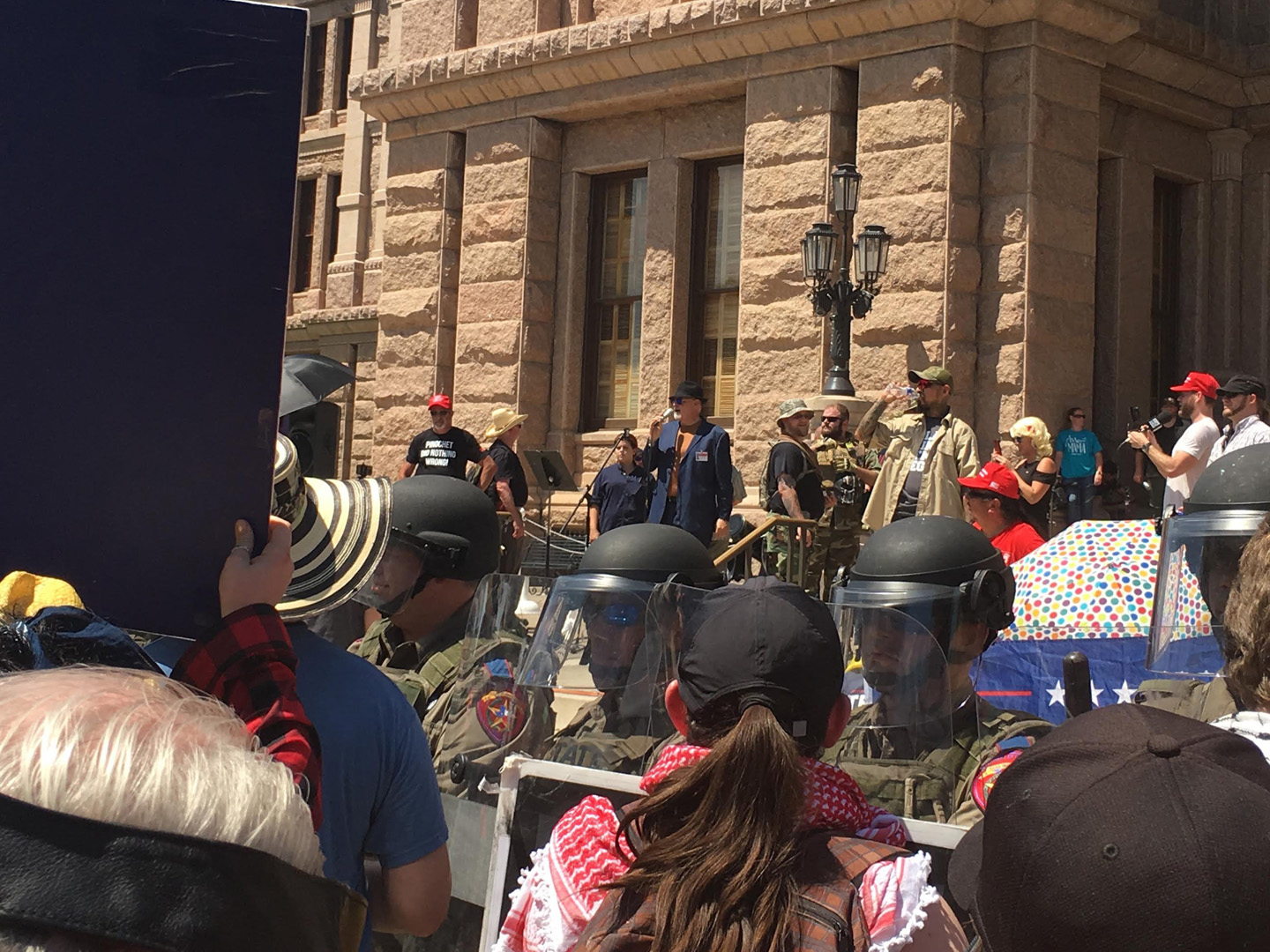 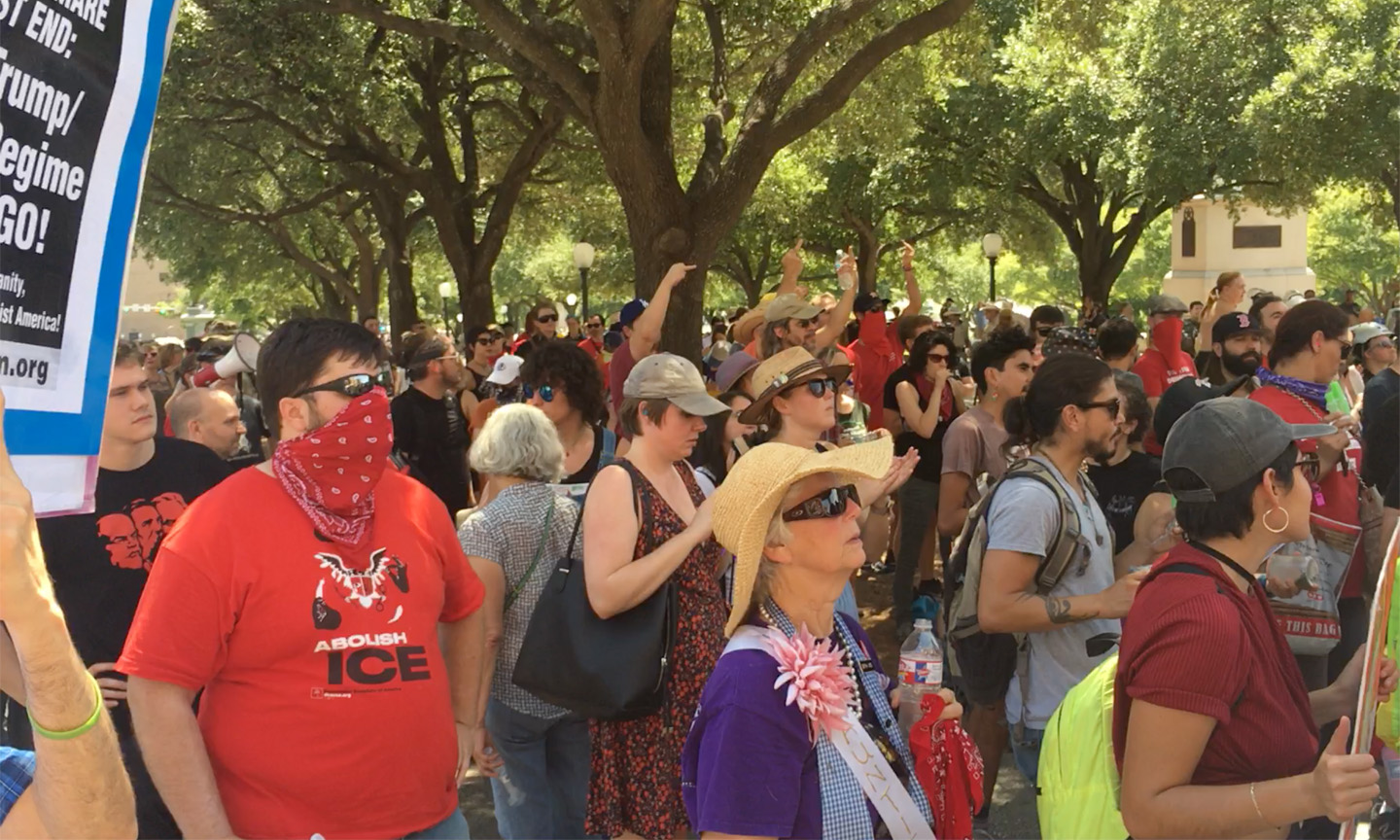 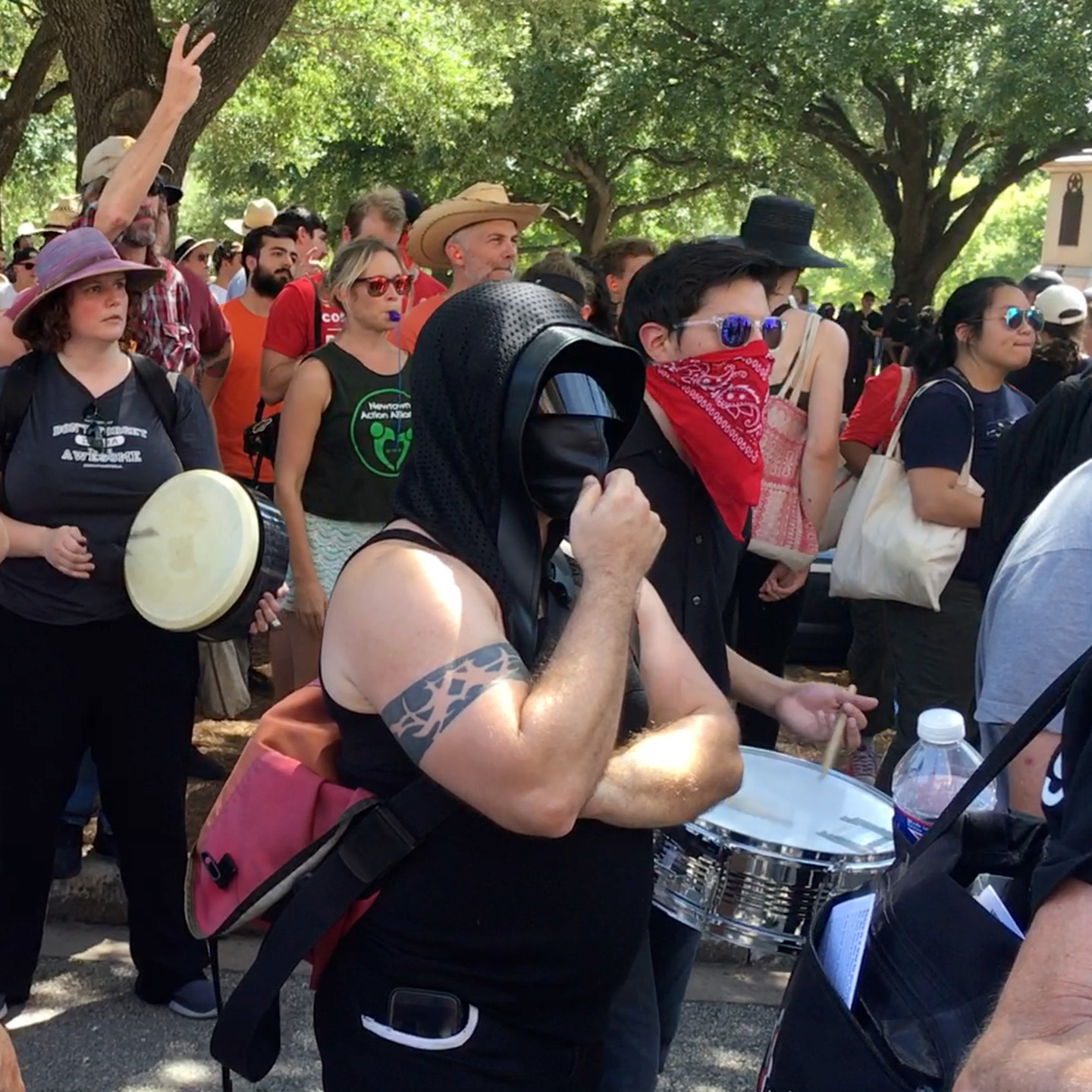