Arizona to ID ‘Immigrants’? : Cranking up the Fear 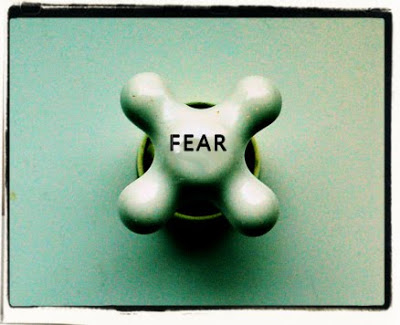 Image from creativenonfiction.com.
Demonizing Immigrants:
Arizona cranking up the fear

When people get scared, they become much more willing to give up their rights for a perceived safer world, and it looks like that is what’s happening in Arizona. The right-wingers in the Republican Party have been demonizing immigrants for several years now — especially those with a darker skin color — and Arizonans seem to be buying the racism the party is selling them.

The Arizona House of Representatives has just passed a bill, supposedly to fight illegal immigration. The bill is expected to also be passed by the senate and signed by the governor. The bill would forbid any city to adopt a “sanctuary” policy that would restrict police and social service workers from enforcing immigration laws. It would also expose drivers to sanctions if they knowingly transport an illegal alien — even a family member.

But perhaps the most troubling aspect of the new law is the power it gives police to stop anyone and demand to see paperwork showing they are in the United States legally. I remember during the days when the Soviet Union was in existence, one of the differences between that country and America was the requirement to carry identity papers which could be demanded by police at any time.

The only identification that a citizen of the United States has been required to carry is a driver’s license, and then only when driving. It has always been a mark of our freedom that we are not required to carry identification. It seems strange to me that the party that claims to be upholding our freedoms and our Constitution — the Republicans — would be the party to take away some of that freedom . I guess they can’t be both the party of freedom and the party of fear at the same time, and they’ve chosen fear.

Of course, this law will almost force the police to engage in racial profiling (unless they plan to stop every citizen and demand to see their papers). No, I expect this will only happen to Hispanics — many of them American citizens. This has to be a violation of the Fourteenth Amendment in that it creates a law aimed at only one class or race of people. It is simply wrong for Hispanics to be singled out to be harassed in this manner.

I think the law is also unconstitutional in a different way. Just a few years ago, an African-American man liked to take walks through a high-class suburb of San Francisco. He was repeatedly stopped and arrested by the suburban police because he did not carry any identification, although he always told them his true name and address and cooperated with them. He just believed that in America a man had the right to walk on public property anywhere without carrying identity papers.

He finally became angry with the continued harassment and sued the suburb. The case went all the way to the United States Supreme Court, and the court found the suburban community’s police had violated the man’s rights. They found that there was no requirement for an American to carry identity papers, and since the man cooperated and gave them his name and address, he should not have been arrested.

This Arizona bill is trying to do the same thing the suburban police had tried to do — require American citizens to carry identity papers. It is wrong and should be quickly nullified by the courts.

I have nothing against the requirement to carry a driver’s license when driving, but I have no desire to live in a state or country where I have to carry identity papers anytime I go out in public. That is just like an old-style East European police state, and cannot be tolerated in a truly free country.

12 Responses to Arizona to ID ‘Immigrants’? : Cranking up the Fear