Once you realize the socially constructed nature of morality, you get to choose whether or not to
buy into it. 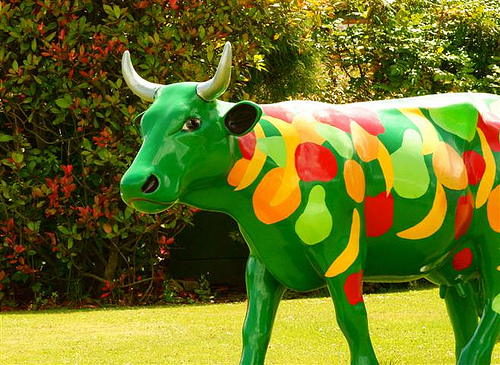 I venture to guess that most people are moral realists. That is, they think that rules and principles of morality — that stealing and lying are wrong, for instance — actually exist in some form independently of what anybody thinks of them. By contrast moral anti-realists deny the independent reality of moral rules and principles. They say that moral rules are only social conventions. As evidence the anti-realists point to the fact that different cultures have different moral norms.

An extreme example is honor killing.1 In some cultures it is considered morally obligatory to kill a woman who has brought disgrace to her family by having sex outside of marriage. This is so even if she was raped; she should not have put herself in a situation where that could happen to her. People in most western cultures consider honor killing hideously wrong. But there is no objective way to decide which one it is, right or wrong, obligatory or forbidden.

If one person says the weather is too hot, and another person says it’s not, there is no way to adjudicate who is right. But they can both look at a thermometer and determine exactly what the temperature is. They can come to objective agreement about the temperature and then recognize that the comfort level of that temperature may be different for different people.

Not so with morality. If you are convinced that honor killing is right, you can admit that other people don’t think so, but you’ll still think you are right and they are wrong. And they will think the same of you. The problem with morality is that there is no objective way to tell which view is correct. That conundrum leads moral anti-realists to say that neither one is correct. There is no moral fact of the matter because morals do not exist in the same way that physical reality exists.

Moral realism makes for a number of
bad consequences.

Moral realism makes for a number of bad consequences: morality makes us angry; it promotes hypocrisy; it encourages arrogance; it is arbitrary, because there is no final justification for saying anything is right or wrong; it is imprudent, leading us to do things that have obviously bad consequences; it makes us intransigent, fueling endless strife; and it leads philosophers to waste time on silly puzzles.2 Moral anti-realism avoids all these ill effects. As I argue elsewhere, we would be much better off speaking in terms of good and bad, the language, roughly speaking, of prudence, rather than in terms of right and wrong, the language of morality.

How would this work in practice? Let’s take a contemporary issue, whether to eat meat or not. Moralistic vegetarians say that killing animals — or at least big farm animals such as cows and pigs — for our benefit is wrong. Being a vegetarian is “the right thing to do” says food writer James McWilliams. It is a “basic moral truth” that we should not kill farm animals in order to eat them.3 Doing so violates their “right to live.”4 That’s because, it is alleged, farm animals are “sentient beings.”5 They are, as philosopher and animal rights advocate Tom Regan says, subjects of a life.6

The argument is that killing sentient beings needlessly is wrong.

Now, there are a number of ways we could attack this argument. One is to deny that cows and pigs are sentient beings in the sense of subjects of their lives. They certainly do not pass the mirror test for self-awareness.7 Another is to deny that we can get fully nourished without eating meat.8 But the most fundamental objection is the anti-realist one: to deny the first premise. It is not the case that killing sentient beings is wrong, because objective rightness and wrongness do not exist.

As I have argued elsewhere morality is socially constructed or, in technical terms, intersubjectively constituted. It’s not just a matter of convention; we don’t all sit down and agree to abide by certain moral rules. And we do have a sense that moral rules are independent of what any one person thinks they are. But that independence is not the independence of physical reality, which would be there whether we were or not. It is the independence of a set of norms within a community or society. Everybody agrees (more or less) on what they are, everybody treats them the same way, and everybody acts as if they are real. So, for members of such a community they are real.

There is some truth to the Existentialist assertion that you are what you choose.

Once you realize the socially constructed nature of morality, you get to choose whether or not to buy into it. There is some truth to the Existentialist assertion that you are what you choose. As Sartre says, “[A human being] … is what he wills …. [He] is nothing else but that which he makes of himself.”9 Whether you should obey the purported moral injunction against eating meat is not predefined. You define yourself as one who does or does not take it seriously.

But what if you do think it makes sense to avoid eating meat and want others to do so as well? What is a concerned moral anti-realist vegetarian to do?

The answer is to appeal to self-interest. You can appeal to the benefits of vegetarianism without guilt-tripping others (which doesn’t work well anyway). Here are some useful arguments that avoid moralistic “shouldhoods.”10

Perhaps you can think of other non-moralistic arguments. Appeals to morality are intractable and only create conflict. Appeals to enlightened self-interest are far more likely to result in harmony and in lasting change.