Books and the Culture : The Serendipity Wrangler 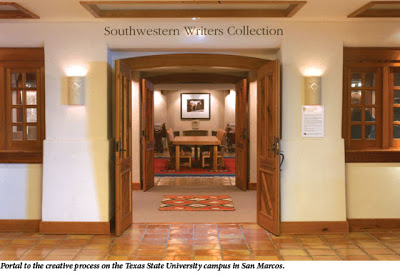 Bill Wittliff and the Southwestern Writers Collection
by Stayton Bonner

[This article first appeared in the April 18, 2008 issue of the Texas Observer]

The Southwestern Writers Collection is located on the top floor of the Alkek Library on the Texas State University campus in San Marcos. White walls, wooden doors, Saltillo tile floors and Indian rugs give its exhibit halls and conference rooms the feel of an adobe church. The collection’s archive houses the papers and artifacts of regional writers, filmmakers, musicians, and photographers. Robert Duvall’s Lonesome Dove costumes and Willie Nelson song lyrics jotted on restaurant napkins are among the treasures in its temperature-controlled vault, as are the collection’s newest gems: Cormac McCarthy’s manuscripts and working papers. At the entrance stands political cartoonist Pat Oliphant’s larger-than-life, full-body bronze sculpture of Glen Rose writer John Graves. The piece was commissioned by collection co-founders Bill and Sally Wittliff, and Bill took the photo on which the sculpture is based.

“The collection was set up so writers could be seen as human beings, not as stick figures,” Wittliff says. “J. Frank Dobie’s collection is what essentially started it. We’ve got his pipes, his Stetson, his funny shoes. We’ve got his white suit. We’ve got his typewriter. We’ve got his fountain pen that he used to write the morning he died. But all of those things, I think, add up to an image of the full guy.” Wittliff’s Austin office is a microcosm of the Texas State collection itself. One of John Graves’ paddles from his Goodbye to a River canoe trip hangs on the wall. Crammed bookshelves jostle with soon-to-be-hung paintings for floor space. Wittliff’s black standard poodle and his assistant Amanda’s labrador navigate piles of photographs, manuscripts, and letters.

“There’s all kinds of stuff,” Wittliff says, rummaging in a corner. “My mother said I was a ‘pilot.’ I’d pile it here and then I’d pile it over there.” Abandoning a search for some hidden treasure, Wittliff sits behind his desk and smiles. With his gray hair, beard, and a button-down shirt emblazoned with Royal Wulff fishing flies, his appearance is as august and unkempt as his office.

“On one hand, the collection is a place of preservation,” Wittliff says. “But on the other hand, it’s a place of inspiration. Young writers or people with the itch to write can come in and see that all these guys are just folks who have the urge to create and to work their asses off at it. I absolutely know that if I had gone into a place like that when I was 16 or 17 or 18 and seen John’s manuscript or McMurtry’s or Cormac’s or whatever, and seen them scratched out and struggling to find just the right word, just the right sentence to express their thoughts, I’d have said, ‘Well, shit. These guys are working. I mean, I can do that.’”

As a child who was frequently moved around Central Texas, Wittliff sought out front-porch storytellers. “It was a way of belonging,” Wittliff remembers. “I wanted to belong.”

A love of books was a natural progression.

“Bill had always been interested in books, but not had access to very many of them,” Sally says of her husband. “His mother married a guy who was a retiring cowboy. They moved to Blanco. He had some books. One of them was a Dobie book. Bill picked it up and discovered a story between those hard covers that his grandfather had told him. He said that lightbulbs went off in his head. That was the first time he realized that the stuff of his place and his life might be worthy of being on pages.”

Wittliff earned an advertising degree from the University of Texas and then decided that wasn’t the world for him. After a stint at Southern Methodist University Press in Dallas, he returned to Austin, where he and Sally founded Encino Press in 1964, publishing Southwestern writers and subjects.

“Starting the Encino Press was a way of being involved with books without being at risk personally,” Wittliff says. “Later, when I got more confident, I was willing to take my clothes off and lay down on the table. Which is what it is when you’re writing and really going for it.”

Though Encino Press was successful, Wittliff eventually wanted a change in career.

“We started the press when we were just children, really,” Wittliff says. “Right out of school. It was a little mom-and-pop organization. It was great fun, and it worked. We were actually making a living. Basically, one day I was sitting there and I thought, ‘Well, today is just like yesterday. And tomorrow’s going to be like today, too.’ And then I thought, ‘Jesus, this is stagnant.’” 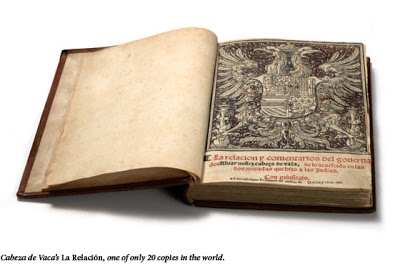 In 1969, Wittliff traveled to Mexico and photographed vaqueros working in the traditional ways. His pictures eventually added up to a traveling exhibit and book entitled Vaquero. He wrote a screenplay called Thaddeus Rose and Eddie, which was made into a CBS movie starring Johnny Cash. Francis Ford Coppola hired Wittliff to work on the script for The Black Stallion, cementing his career in the industry. Over the years, his screen credits have included Raggedy Man, Lonesome Dove, Legends of the Fall, and The Perfect Storm.

Because Encino Press had specialized in regional material about Texas and the Southwest, the Wittliffs got to know almost everybody in local literary circles, and those friendships played a supporting role in the genesis of the Southwestern Writers Collection.

“We had the relationships with the people,” Sally says. “There’s a certain amount of arrogance in being a writer. They don’t want to think of their archives as going into the garbage heap when they’re gone.”

Read all of it here.
Also on The Rag Blog, see Molly Ivins Lives at Texas State University.

This entry was posted in RagBlog and tagged Books, History, Literature, Texas. Bookmark the permalink.