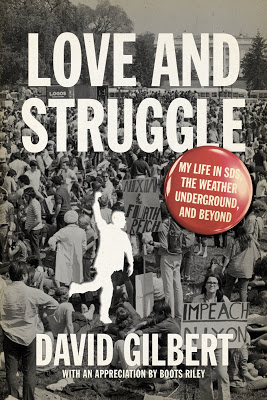 David Gibert’s Love and Struggle:
A brother with a furious mind

In 1981, a group of revolutionaries robbed a Brink’s armored truck near Nyack, New York. In the ensuing confusion and attempt to flee, three people died from gunfire. A couple days later, one of the revolutionaries was killed by law enforcement.

The robbery itself was planned and carried out by members of the Black Liberation Army: a group of former Black Panthers who had chosen armed struggle, and the May 19 Communist organization, which was founded by white revolutionaries also dedicated to armed struggle. One of those members was former Weather Underground member David Gilbert.

Gilbert is currently serving a sentence of 75 years to life in the New York State prison system. Other May 19th members arrested in relation to the robbery have been paroled or pardoned.

This month PM Press, the Oakland, California, publisher founded by AK Press founder Ramsey Kanaan and others, is publishing Gilbert’s memoirs. The book, titled Love and Struggle: My Life in SDS, the Weather Underground, and Beyond, is certain to be included in the top tier of books having to do with the period of U.S. history known as the Sixties.

There is no self-pity within these pages, but lots of self-reflection. In what can only be considered a refreshing approach, Gilbert takes full responsibility for the path he has chosen and explains that path in an intelligently political manner and with a decidedly leftist understanding. Love and Struggle combines objective history, personal memory, and a critical perspective into a narrative that is at once an adventuresome tale and a political guide through the past 50 years.

Gilbert begins his story by describing his youth and his developing awareness that the United States was not what he had been led to believe it was. An Eagle Scout who believed the myths inherent in American exceptionalism, he was unprepared for the cognitive dissonance he underwent while watching the attacks by law enforcement on civil rights marchers in the U.S. South.

That sense of conflict deepened when he headed off to Columbia University. By 1965, angered by the U.S. war on the Vietnamese and armed with a well-researched understanding of why the U.S. was really involved there, Gilbert was organizing Columbia students to join antiwar protests. Like many of his contemporaries, by 1968 he was an anti-imperialist and working full-time against the war in Vietnam and racism in the United States. By 1969, he was one of the original members of Weatherman and by April 1970 he was underground.

Gilbert tells his story with a hard-learned humility. Occasionally interjecting his personal life — his loves and failures, his relationship with his family — with his political journey, it is the politics which are foremost in this memoir. A true revolutionary, every other aspect of Gilbert’s life is subsumed to the revolution.

This kind of life is not an easy one. Indeed, it arguably makes the life of an ascetic monk look easy by comparison. After all, the monk is only trying to change himself, while the committed revolutionary wants to change the world into one where justice prevails; a world that by its very structure resists such change.

Love and Struggle carefully examines the history of the periods Gilbert has lived in. From the early days of the antiwar movement and the Students for a Democratic Society (SDS) to the public street-fighting arrogance of early Weatherman; from Weatherman’s transition to the Weather Underground Organization (WUO) and its growing isolation from the New Left it was a part of; and from the post-Vietnam war U.S. left to the Brinks robbery and its aftermath, Gilbert keeps the politics front and center in his text. 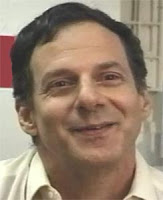 In his discussion of the period between Weather’s publication of its essential work Prairie Fire and its immediate aftermath, Gilbert provides an insight into the debates inside WUO and among its supporters in the years after the peace treaty was signed with northern Vietnam. His portrayal of the differences around theory being debated in the WUO serve as a broader description of the debates raging throughout the New Left as the U.S. intervention in Vietnam’s anti-colonial struggle neared its end.

For those of us who were politically involved at the time, the debates ring with familiarity: national liberation over class; the interaction between race and class in the U.S.; the oppression of women and white male privilege. In a testimony to his writing abilities, Gilbert’s discussion of the issues makes them as alive in this book as those arguments actually were in the mid-1970s. His keen political sense reveals the interplay between different political perspectives, understandings of history, and the always present contests of ego.

The political arguments outlined by Gilbert (especially when describing the battle inside WUO) are still relevant today. Their echoes are present in the General Assemblies of the Occupy Wall Street movement and in forums more specific and less specific across the nation. Gilbert’s presentation of the essential WUO arguments that challenges the overriding role of class in the nature of oppression is not only reasoned and impassioned, it is worth studying and makes points useful to the future of anti-imperialist struggle in the United States.

Furthermore, the book includes an ongoing and excellent discussion of the nature of white supremacy and white skin privilege. For anyone who has spent time involved in the Occupy movement the past few months, the relevance of this latter discussion is all too familiar.

For those looking for a sensationalist account of life as a revolutionary or a confession, they should look elsewhere. David Gilbert’s memoir is a political account of a political life. Every action undertaken, every decision made is examined via the eye of a leftist revolutionary.

his does not mean there are no page-turning moments in the book, however. Indeed, the sections describing Weather’s move underground and Gilbert’s daily life off the grid are interesting and revealing, as are those describing the attempts by WUO members to evade capture. The descriptions of Gilbert’s clandestine life and his subsequent moving back aboveground and then back under are also riveting.

Underlying the entire narrative is a current of what is best described as self-criticism; of Weather, the New Left, armed struggle and, ultimately, of Gilbert himself. As anyone who has experienced something akin to a self-criticism session can attest, such sessions can be emotionally wrenching episodes of retribution and petty anger. They can also be tremendously useful when conducted humanely.

Gilbert’s written attempts at this exercise in Love and Struggle lean toward the latter expression while also proving interesting and useful considerations to the aforementioned issues (along with issues related to those criticisms). Gilbert’s realization that his ego occasionally caused him to make decisions that weren’t based on politically sound rationales is something any radical leader should take into account. In fact, Gilbert’s continuing struggle with his ego and it’s place in the decisions he made while free reminded me of a maxim relayed to me a couple times in my life; once by an organizer for the Revolutionary Union in Maryland and once by a friend from the Hog Farm commune.

That maxim is simply: if you start believing that the revolution can’t exist without you, then it’s time to leave center stage and go back to doing grunt work where nobody knows (or cares) who you are. In other words, you are not the revolution so take your ego out of it

In the well-considered catalog of books dealing honestly with the period of history known as the Sixties in the United States, Love and Struggle is an important addition. Borrowing his technique from memoir, confession, and objective history-telling, David Gilbert has provided the reader of history with the tale of a person and a time. Simultaneously, he has given the reader inclined to political activism a useful, interesting, and well-told example of one human’s revolutionary commitment to social change no matter what the cost.

[Ron Jacobs is the author of The Way The Wind Blew: A History of the Weather Underground. He recently released a collection of essays and musings titled Tripping Through the American Night. His latest novel, The Co-Conspirator’s Tale, is published by Fomite. His first novel, Short Order Frame Up, is published by Mainstay Press. This article was also published at CounterPunch and Dissident Voice. Ron Jacobs can be reached at ronj1955@gmail.com.]