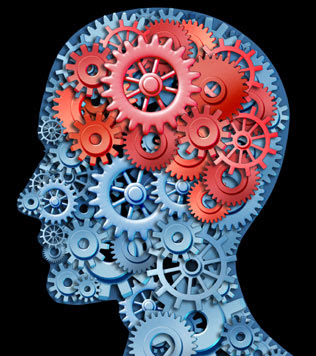 In my new book The Republican Brain, I argue that if you want to understand why conservatives are so factually wrong right now — not just about science, but also about things like, say, whether President Obama is a Muslim — then you can’t just look on the surface of politics (at things like the influence of interest groups, say, or conservative philosophy). You also have to look at the deep-seated psychological traits that differentiate the left from the right.

When you do this, I further argue, you realize that there are some psychological traits that tend to accompany conservatism — especially in its current form in the United States — that naturally conflict with the nuanced, uncertainty-laden thinking style of scientists and liberals alike (members of the “reality based community”). These traits include authoritarianism — seeing the world in black and white, intolerant of uncertainty — but also a lack of openness to experience (a personality trait), a higher need for closure, and so on.

So far, so good. But I always knew that this book, this argument, would create a conundrum. If these traits truly describe political conservatism, then how would political conservatives respond to a book demonstrating that? My publisher went even further, promising that the book would, “add to the lengthy list of persuasive scientific findings that Republicans reject and deny.” Was that really true?

Well, the book has now been out for a few weeks, and the answer is emerging. So far, it doesn’t look very good for the theory that conservatives want to learn more about the growing body of research on conservatism.

The truth is that even before the book was out, conservatives were attacking it without reading it — claiming that I was calling them abnormal. I most certainly was not. All the scientific research on what is called the “psychology of ideology” shows that we vary in a natural range on a number of traits, some of which predispose us towards liberalism, some of which have the opposite effect. But the range itself is natural and normal. It may even be a standard feature of humanity’s operating system.

Once the book was out, the phenomenon continued at Amazon.com, where none of the one-star book reviews indicate a familiarity with the subject matter. Fortunately, the liberals over there are having a field day with this, and I find myself well defended.

Then there was S.E. Cupp on MSNBC. Her response to the idea that conservatives or Republicans attack science was to call it “infuriating,” and then … to attack science. In particular, she echoed Rick Santorum in the false claim that climate research is based on “phony studies.”

And then there was Judith Curry, the climate blogging contrarian. She admitted she hadn’t read the book, then claimed I was asserting that defensiveness is “hardwired” into conservatives’ brains. This is not what I’m arguing.

There is one conservative who has read the book and offered some reasonable criticisms — but the example sort of proves the point. His name is Kenneth Silber, and he’s a moderate, or even a RINO (“Republican in Name Only”), who reviewed it for David Frum’s book club at The Daily Beast. Yes, David Frum: the conservative apostate. I praise Frum in the book; neither he nor Silber seem to me representative of Santorum-style psychological conservatism of the sort that now dominates the GOP. Which is why it’s totally predictable that Silber would, you know, read the book before criticizing it. (I appreciate his engagement.)

In fact, there was every reason to expect that conservatives and Republicans would attack the book without reading it — based on a 2003 episode reported on in… none other than the book itself. In it, I describe how National Review attacked a massive and important study on the psychological underpinnings of political ideology by calling it the “Conservatives are Crazy” study. But of course, the study did not ever assert that conservatives are crazy or claim anything of the kind.

In fact, all the researchers I interviewed for the book stressed that conservative psychology is perfectly normal and has many advantages to it (although also, of course, some disadvantages). The conservative critics either seemed not to have actually read the research in question, or were, for some other reason, unable to take such a nuanced view of it.

The irony, in this case, sends you reeling: the study in question itself associated conservatism, versus liberalism, with a lack of nuance and an intolerance for ambiguity! My favorite quotation on the matter comes, naturally, from Ann Coulter, who manages to write about nuance without showing any:

Whenever you have backed a liberal into a corner – if he doesn’t start crying – he says, “It’s a complicated issue.” Loving America is too simple an emotion. To be nuanced you have to hate it a little. Conservatives may not grasp “nuance,” but we’re pretty good at grasping treason.

Now, to some extent, this is all pretty amusing. But it also raises a serious question. Like it or not, science is increasingly uncovering deep differences in psychology and even physiological responses between those who opt for the political left and those who lean right. And the question is: is only one side of the political spectrum going to explore and embrace this body of knowledge? Is the other going to automatically interpret it as an attack, even though it isn’t? Will our next political science battle be over the science of politics? And is that itself reflective of what science is revealing about politics?

The sad thing here is that the new research could lead to greater tolerance and understanding — and could even help us depolarize, but that won’t happen unless we all bother to understand and talk about what it does — and doesn’t — mean.

One thing is clear: whatever Republicans and conservatives might say, you can’t un-ring this bell. You can’t stop the march of scienc– nor should you want to. It drives ahead, generating new knowledge, just as it always does and whether you like it or not.

The Republican Brain itself tries to add a little to our growing body of knowledge. The book closes with a new psychology experiment, designed by the political psychologist Everett Young and run on a group of 144 college undergraduates. We were trying to test the idea that conservatives reason more defensively than liberals — doubling down on their beliefs. We found some modest supportive evidence for this idea, at least when it comes to political topics like global warming and nuclear power (although the effect was not present on apolitical topics).

Here’s what our data showed: The conservatives in the study were spending a lot less time reading our essays than liberals. Unbeknownst to them, we had a timer, measuring down to the millisecond how long each student spent on each page of essay material we gave them to read (on a computer screen). And it didn’t matter whether it was an essay that supported their beliefs or one that opposed them. It didn’t matter if it was a political topic or an apolitical one. And it didn’t matter if they were an economic conservative, a social conservative, an authoritarian, and so on. Across the board, all kinds of conservatives spent less time reading our essays.

Being a good liberal and appreciating scientific uncertainty and the need for nuance, I must caution that this finding needs to be replicated in subsequent research. We only found it once, in one group of undergraduates, at one university. So, one must careful.

Still, I can’t help thinking about this result now that the book itself is out and conservatives are attacking it without reading it.

[Chris Mooney is the bestselling author of The Republican Brain: The Science of Why They Deny Science — and Reality, and The Republican War on Science. Scientific American calls Mooney “one of the few journalists in the country who specialize in the now dangerous intersection of science and politics.” The Republican Brain was a “Progressive Pick” at Truthout; you can get the book, and support Truthout’s progressive journalism, here.]