Creationism in Schools : Texas is Doomed!! 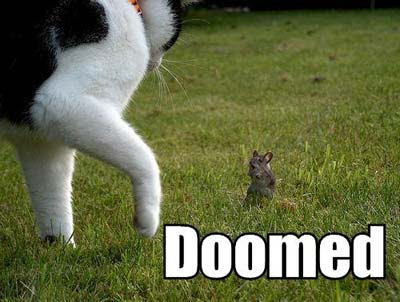 ‘The latest shooting-itself-in-the-foot-moment for the Lone Star State is based on a panel to create its state science curriculum.’
By Phil Platt / October 27, 2008

I simply cannot understand how Texas manages to exist day after day. The rampant insanity of the government in that state makes it seem likely that Texas will simply fly off the face of the Earth and spin into the Sun.

The latest shooting-itself-in-the-foot-moment for the Lone Star State is based on a panel to create its state science curriculum (oh, you already know where this is going, dontcha now?). Out of the six seats on the panel, three are going to creationists! And not just any run-of-the-mill creationists, but one of them is Stephen C. Meyer, director of the Discovery Institute.

TI will pause a moment while the air leaks back into your room.

Ready? OK then, let me say this again: Texas has placed a creationist who runs the Discovery institute — a hotbed of creationist deceptions — on a panel that will decide what “science” the children of Texas will learn.

And who will lead this panel of three reality-based scientists and three people dedicated to destroying reality? Why, it’s our old friend Donald McLeroy! Remember him? He’s a creationist. He hates science. He thinks abstinence-only education works (if you want teen girls to get STDs and get pregnant, then you’d be right). And he’s proven that he has no business being within three hundred yards of any sort of educational process.

So if you live in Texas, what can you do? First, educate yourself: read what others have to say on this topic, including Texas Citizens for Science, PZ Myers, the Houston Chronicle, and even Little Green Footballs (a website with which I agree on almost no other topic).

Then, write letters. Tell your friends. Send them here, or to those other links. Go to the Texas Citizens for Science site. If you have a blog, write about this, because when exposed to light this creationist ideologues tend to wither from embarrassment.

Unfortunately, McLeroy was appointed by Texas Governor Rick Perry, and the next election for governor isn’t until 2010. But don’t forget: Perry is the guy who put an anti-science, inexperienced man in charge of Texas education, a man who has proven beyond any doubt whatsoever that not only is he wrong for the job, but that he will destroy science education in Texas… and Texas is a state that drives textbook sales throughout the country. This affects all of us. One man — one creationist — can unduly influence the entire country. And this must be stopped.

This entry was posted in RagBlog and tagged Creationism, Public Schools, Texas. Bookmark the permalink.

1 Response to Creationism in Schools : Texas is Doomed!!