Ed Felien :
Rap Brown said it: ‘Violence is as American as cherry pie’

The right to armed self-defense of civil rights workers in the 1960s has been parodied by white right-wing racists defending themselves against the ‘tyranny’ of a federal government run by a black man. 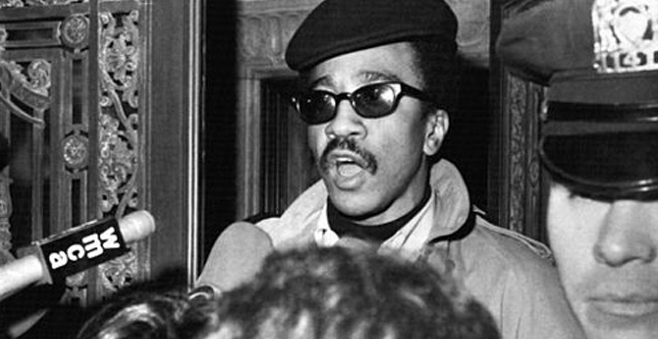 What H. Rap Brown actually said in that speech in Washington D.C. in 1967 was: “I say violence is necessary. Violence is a part of America’s culture. It is as American as cherry pie. Americans taught the black people to be violent. We will use that violence to rid ourselves of oppression if necessary. We will be free, by any means necessary.”

He was talking about a strategy of self-defense for American blacks. Brown was born in Baton Rouge, Louisiana. He was chairman of the Student Nonviolent Coordinating Committee in the 1960s, and during a short-lived alliance between SNCC and the Black Panther Party, he served as their Minister of Justice.

But Brown’s politics were formed by the Northern Louisiana group of African-American men in Jonesboro in Jackson Parish who founded the Deacons for Defense and Justice. In 1964 Earnest “Chilly Willy” Thomas and Frederick Douglas Kirkpatrick founded the group to protect civil rights workers, their communities and their families against the Klan. Most of the Deacons were war veterans with combat experience from the Korean War and World War II. They carried guns and they were experienced in using them.

In a shootout with the Oakland police, Bobby Hutton was killed on April 6, 1968, and Fred Hampton was assassinated by the Chicago police and the FBI on December 4, 1969. And in Houston, police killed Carl Hampton in a gun battle on July 26, 1970.

The fact that black men are routinely murdered by police means we are still quite far from a post racial society.

Institutional violence against black political workers tapered off, but the fact that black men are routinely murdered by police (witness Terrance Franklin in the basement of a home in south Minneapolis) means we are still quite far from a post racial society.

But, just as the Weatherman’s bombing of draft boards in the 1960’s was parodied by activists in the Right to Life movement in the bombing of Planned Parenthood Centers from the 1970s to the present, so, also, the right to armed self-defense of civil rights workers in the 1960s has been parodied by white right-wing racists defending themselves against the “tyranny” of a federal government run by a black man.

It was Karl Marx who said, “History repeats itself, first as tragedy, second as farce.”

What else are we to think of the conjured melodrama of Cliven Bundy and his militia, armed to defend his “right” to graze his cattle on federal land in Nevada without paying for it? 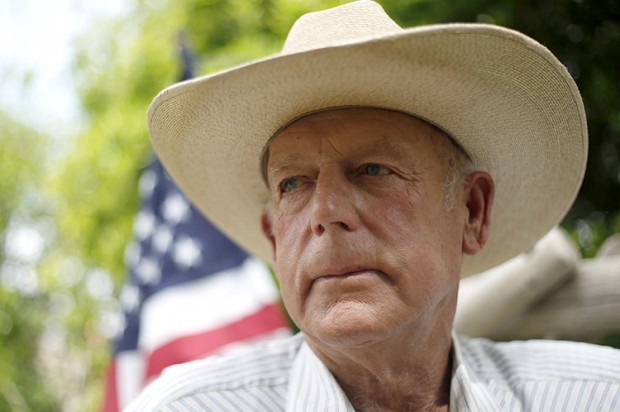 What else are we to think of Frazier Glenn Cross (Miller) who went to a Jewish retirement home and a Jewish community center the day before Passover and shot and killed three people (none of whom were Jewish) and shouted “Heil Hitler” as he was arrested?

What these two incidents share in common is that participants in both believed they were part of a movement.

What these two incidents share in common is that participants in both believed they were part of a movement. The militia that formed to rescue Bundy’s cattle were “patriots” from the Western states who believed that it was time to draw a line in the sand and fight the growing influence of the federal government. By taking a stand they believed they would inspire the rest of the country to follow them.

Cross believed much of the same. As did Paul Ciancia who shot and killed a Transportation Security Administration officer at the L. A. airport last November. They were fighting the New World Order and the International Jewish conspiracy against the white race, and whatever other paranoid fantasies the right-wing media is putting forward.

H. Rap Brown was right. “Violence is a part of America’s culture.” The country was founded on taking land away from native tribes by the use of arms and genocidal practices. It was built through the violent exploitation of slaves and immigrant workers. It continues to grow through the military domination of more than a thousand bases in more than a hundred countries.

We all pay the price for this institutionalized violence. We try to care for the walking wounded coming back from Iraq and Afghanistan, and, tragically, we bury the victims of their post traumatic stress explosions of fury like Ivan Lopez’s recent killing of three and wounding 16 at Ft. Hood before taking his own life.

There are people ready to jump into the abyss of violence and self-destruction. We need to talk them down off the ledge.

If we don’t make the effort to try to make sense of our world, then we are silent accomplices in its confusion.

1 Response to Ed Felien :
Rap Brown said it: ‘Violence is as American as cherry pie’