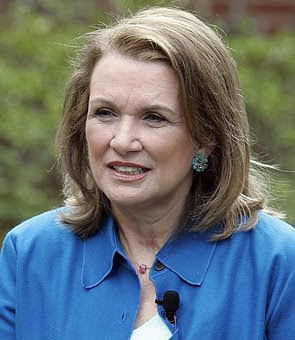 Our family has been through a lot. Some caused by nature, some caused by human weakness, and some – most recently – caused by the desire for sensationalism and profit without any regard for the human consequences. None of these has been easy. But we have stood with one another through them all. Although John believes he should stand alone and take the consequences of his action now, when the door closes behind him, he has his family waiting for him.

John made a terrible mistake in 2006. The fact that it is a mistake that many others have made before him did not make it any easier for me to hear when he told me what he had done. But he did tell me. And we began a long and painful process in 2006, a process oddly made somewhat easier with my diagnosis in March of 2007. This was our private matter, and I frankly wanted it to be private because as painful as it was I did not want to have to play it out on a public stage as well. Because of a recent string of hurtful and absurd lies in a tabloid publication, because of a picture falsely suggesting that John was spending time with a child it wrongly alleged he had fathered outside our marriage, our private matter could no longer be wholly private.

The pain of the long journey since 2006 was about to be renewed.

John has spoken in a long on-camera interview I hope you watch. Admitting one’s mistakes is a hard thing for anyone to do, and I am proud of the courage John showed by his honesty in the face of shame. The toll on our family of news helicopters over our house and reporters in our driveway is yet unknown. But now the truth is out, and the repair work that began in 2006 will continue. I ask that the public, who expressed concern about the harm John’s conduct has done to us, think also about the real harm that the present voyeurism does and give me and my family the privacy we need at this time.