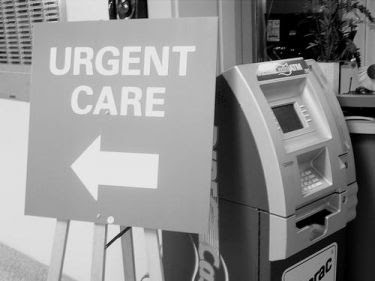 It would appear to be a very simple exercise to write down in two columns what the candidates have to offer the public for future health care. Yet, upon delving into this I encounter a much more formidable task. This is much bigger and more complex than comparing two lists. I consider health care as a profession as I knew it when I started practice in 1950 and the evolution of health care into a business which it has become. We are looking at a cultural renaissance, not just taking care of the ill and injured, we are talking about a complex social revolution.

Let me start with two examples. I had a colleague who organized a “future physicians club” at a local high school in about 1970. This was a source of inspiration and enjoyment to he and the students. Somewhere in the 1980s he stopped the entire program as the students were no longer interested in the art and science of medicine, but as a business to make money. Second, I recall in 2004 watching CNN and the reporter was interviewing a family in the Middle West. The father was an out of work diabetic, two children were ill, they had no health insurance, were facing foreclosure. The correspondent asked the woman who they were going to vote for for president, and the answer was George Bush because he is against gay marriage.

Currently 60-70% of the public “want something done about health care.” According to the New England Journal of Medicine some 60% of physicians are in favor of single payer, universal health care as outlined by Physicians For A National Health Program. Yet the public is being inundated by a series of TV commercials sponsored by the AARP and AMA both of which do not support single payer, universal health care, but in a subtle manner espouse more of the same with minor revisions of health care dominated and run by the insurance industry with subtle suggestions that “we do not want socialized medicine, do we?”

In 1950 when I started practice in Internal Medicine/Rheumatology the local hospitals demanded that to obtain admission privileges we give two months a year taking care of charity patients in the hospital, and as well spend one morning a week working with charity patients in outpatient clinics. When the insurance industry swept up passive physicians into the HMO movement the hospitals ceased the programs that had been their earmark dating back to medieval times. Now both physicians and hospitals are, by and large, the vassals of the insurance industry. In short, if either candidate attempts to promote universal health care as is indigenous in most European nations, with excellent universal coverage, with generous government subsidy, that candidate will be berated, libeled, and defamed by those who are the financial beneficiaries of the present system. With the American public slave to ads on TV the candidate has not the chance of a snowball in hell if he speaks of universal care.

The physician is not immune to our culture of greed, of the machinations of the neo-liberals (that term always seems to be an anachronism). Further, he is a victim of corporate capitalism and works in fear of his survival and the well-being of his family. He, as the balance of our society, has been overwhelmed by the forces discussed by Naomi Klein in her book “Shock Doctrine.” Believe me, most honest, dedicated physicians are very unhappy with the status quo but they are afraid. Happily, 15,000 dedicated souls involved in Physicians For A National Health Program have risen above the morass and are attempting to move forward.

The greed runs rampant with “non-profit” homes for the elderly, nursing homes, free standing dental and medical centers. We see pharmaceuticals advertised on TV hour after hour, thus making prescription drugs more expensive in the United States than elsewhere in the world. We see the Bush administration following the neo-liberal format of 1) Privatization, 2)Deregulation and 3)Doing away with government subsidized social programs, in instituting “Medicare Advantage Plans,” a backhanded way of turning Medicare over to the Insurance Industry. We see the crony relationship of the Pharmaceutical Industry and the congress in enacting the absurd Medicare part D, which enriches the pharmaceutical and insurance industries.

The McCain “health care” plan is a pure cop-out to the insurance industry. It will make insurance coverage less accessible and affordable for those with high health care needs. It will increase coverage among the currently insured through the non group market, but reduce the number already covered by employers, leaving about the same number uninsured (45 million). Provide a tax credit to purchase insurance, but the credit for the average working family would only pay a fraction of the cost of a policy for a family of four.

The Obama plan is a step in the right direction, greatly increasing health insurance coverage but still leaving about 6% of the non- elderly uninsured, as compared with 17% today. Increase access to affordable coverage for those with the highest health care needs, including the chronically ill. Increase the affordability of care for low-income families. For the currently uninsured offer a program akin to that provided for members of congress.

Obama appears to be moving in the right direction if his program can be facilitated after the current Wall Street bailout. Funding may indeed be a problem. The PNHP plan would be much less expensive and provide universal coverage, but would be a political disaster to overtly espouse.

We have a long way to go and it will require much more than simple legislation unless many of our elected representatives have their umbilical cords cut to the insurance and pharmaceutical lobbies and much of the physician population can be encouraged to stand up and throw off the yokes of the HMOs.

Go to Physicians For A National Health Program.

And see the comparitive analysis of the Obama and McCain health care plans at the Urban Institute’s Health Policy Center.