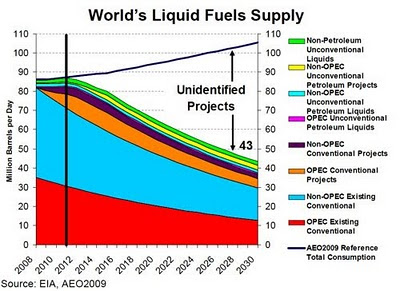 Drill, baby, drill:
Time to get serious about energy policy

Yesterday, President Obama went to Louisiana and met with officials there concerning the growing disaster caused by the explosion of an offshore oil drilling rig. Since the explosion, the well site has poured hundreds of thousands of barrels of oil into Gulf of Mexico waters, and according to Homeland Security Secretary Janet Napolitano, it could still be weeks before the flow of oil can be stopped.

President Obama pledged to dedicate all the available resources of the federal government to the emergency, saying, “I’m not going to rest, and none of the gentlemen and women who are here are going to rest or be satisfied, until the leak is stopped at the source, the oil on the Gulf is contained and cleaned up and the people of this region are able to go back to their lives and their livelihoods. We will spare no resource to clean up whatever damage is caused.”

And that damage is going to be substantial. It is affecting Gulf fishing grounds and wildlife in coastal areas of several states, not to mention the tourist dollars that will be lost because of oil-drenched beaches. Experts are already saying it is worse than the Exxon Valdez disaster in Alaska, and with the source of the oil unlikely to be capped for weeks, it could be much worse than anyone could have expected.

This makes the “drill, baby, drill” statements of Sarah Palin and her Republican cohorts seem rather stupid. They had assured us that modern offshore drilling had advanced technology and posed no danger to the Gulf or the American (and Mexican) coastlines. They were either very stupid, or lying (or both). As we can now easily see, it only takes one offshore oil rig to create a mega-disaster. Just think of the many more rigs that are out there. How many of them are a disaster-in-waiting?

Of course, the “drill, baby, drill” idea was not only simplistic but ridiculously stupid anyway. The Republican idea seemed to be that there was plenty of oil out there and all we had to do was go get it (endangering not only our coastlines and Gulf fishing, but also our national wildlife preserves). The sad fact is that this simplistic concept could not work even if our government fully embraced it.

We have been pulling oil from the ground for over a hundred years now and ignoring one major fact — oil is a limited and non-renewable resource. Someday there will be an end to oil production and there’s nothing the United States or any other country can do to change that. In fact, many people believe that we have reached, or soon will reach “peak oil” — the point at which oil production will begin to drop no matter how much drilling is done.

Just look at the chart above. This was not drawn by some left-wing environmental organization, but by the the United States Department of Energy (and agreed with by the Joint Forces Command of the United States Military). It shows another disaster in the making — one much worse than the current oil disaster, because this one would affect our entire society. If it is not dealt with immediately, it could even destroy American society as we know it.

According to the chart, the world is producing and using nearly 90 million barrels of the world’s liquid fuel supply each day. In just about two years, the production and demand of these two fuels will no longer be equal (demand will start to be greater than production). By the year 2030 (only 20 years away), demand will have risen and production fallen enough for there to be a shortage of 43 millions barrels of fuel each day.

This is a serious shortage that will affect every country — especially the high energy-consuming countries in the industrialized West (that need huge amounts of energy not only to keep their factories running, but also to maintain their high standard of living). The failure of the United States and other countries to find new (and hopefully renewable) sources of energy will result in wars all over the globe to control the dwindling liquid energy resources (the very thing feared by the Joint Forces Command). And there will be no allies in these wars — it will be every country for itself.

We can thank past administrations in this and other countries for this coming disaster. It will happen because they exhibited no foresight and did not develop a sensible and sustainable energy policy. They have simply resorted to “drill, baby, drill” with no thought of the future consequences.

This makes it very important to quickly develop a sustainable energy policy. This will not be easy and will require a major effort by our government (and other governments). We MUST wean ourselves off of oil and other fossil fuels, and find new sustainable sources of energy. President Obama has a bill to begin that change, and it should be approved. It does not do nearly enough, but at least it is a start.

The focus on energy has recently been aimed at slowing global climate change, and that is an important thing that must be addressed. But the coming depletion of the world’s liquid fuels will be equally devastating, if not more so. Fortunately, both problems can be solved with the same solution — development and use of new renewable and sustaining energy sources.

But we are running out of time to solve both problems. I am left to wonder, do the governments in the world have the ability to set aside their differences and find a solution, or will they continue on their current course and allow the coming mega-disasters to happen? Right now, it looks like the latter.

3 Responses to Energy Drain : Peak Oil and the Big Spill