Greg Moses : Cramming for the Downside 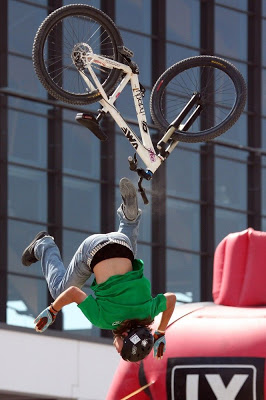 Downside up.
Riding down the moody Dow:
Cramming for the downside

If the humming engine of human history rides a geometry of social mood, then downtimes cannot be caused by anything that uptimes do…

The modern-day Pythagoras of market forecasting Robert Prechter has been predicting a crash of historic proportions, but that’s not the most interesting thing. More interesting is why he sees it coming.

As a theorist of the Elliot Wave, Prechter grounds his forecasts upon a mathematical pattern that tracks impulses of social mood. Everything else is symptomatic.

The background theory of the Elliott Wave is different from the kind of thinking that expects a straight-line series of effects from causes. Instead, the Elliott Wave returns us to pre-modern intuitions of cycles. It must have been clear to anyone caught up in the recent Bear market rally that pure stubbornness had taken hold of buyers. On Prechter’s account, that stubbornness is about to change sides.

If the humming engine of human history rides a geometry of social mood, then downtimes cannot be caused by anything that uptimes do — although consequences of downtimes can be altered by the preparations that uptimes make. As social mood descends into the seventh circle of hell, there will be every temptation to blame the descent itself upon uptime actors. Yet all blaming will miss an important point.

What could the natural purpose of downtime be? In the bullish 1978 book, Elliott Wave Principle, Prechter and A.J. Frost argue that the up and down waves of social mood provide “the most efficient method of achieving both fluctuation and progress in a linear movement” (26). If social mood adjusts the mode of our approach to reality, then we see things differently and engage them differently when we are up. But that means there are things to learn when we are down, too.

On the fractal model of the Elliott Wave, we experience smaller fluctuations of mood within a series of larger patterns. In his bearish book of 2002, Conquer the Crash, Prechter argues that we are on the cusp of a very large degree downward drift. We will be learning hard lessons the hard way, and largely because that’s what down moods are good for. Such lessons will be meant to last more than a lifetime, and we are the generation fated to carry these lessons forward.

We will shortly see which lessons from the high times have any worth in the valley of our shadows. Old man winter is a rock hard grader. There can be no bonus points for students who do not use the warm months to prepare. Get ready for some serious grade deflation.

To begin thinking about the political future that would correspond with Prechter’s crash assumptions, we could turn our clocks back to Franklin Roosevelt’s presidency or the less-remembered panic of 1837. Unlike Roosevelt, who was able to transform depression politics into a winning streak, Democrat Martin Van Buren was not able to win even a second term against the mood of 1840. He was ousted by the “log cabin” Whig candidate William Henry Harrison, who promptly died of pneumonia.

Illness is a fateful consequence of down moods according to Prechter’s systematic theory of Socionomics. Looked into your local flu clinic lately?

Perhaps the most reliable guide to downtime politics will be found in the life — and the curiously timed death — of Huey Long, who argued that American politics had better deliver a Christmas tree after every election if politicians wanted people to prefer the ballot box as their form of political change. Depression politics killed the messenger but not the message. If the Constitution survives the coming crash, it will earn its keep through tangible benefits.

Returning to the crash of 1835 to 1842, I choose to think about Emerson, who opened 1836 with the essay “Nature.” If you want to maintain order in your mind and spirit the thing to do is take long walks in the woods. Interesting how Ken Burns turns our attention this very week to the conservation system expressed in our national parks. There is an American mecca, and it boasts a jobs program that can’t be outsourced.

Reading Emerson’s 1836 text as a downtime crammer gets more interesting when we see that Chapter 2 is about “Commodity.” How poor can we be, Emerson asks, so long as we live upon the earth? “Nature, in its ministry to man,” he writes, “is not only the material, but is also the process and the result.” We live in the arms of a “divine charity.” Commodity cuts a path to Beauty so long as we nurture the inwardness of the work we do. Emerson pulls Thoreau aside in 1837. “Do you keep a journal?” As the nation falls into panic, Thoreau began to write.

On the model of nature that was so important to Emerson and Thoreau during that great depression, I think about a big tree. Part of the tree puts out leaves, reaching up, showing off. We have been through a great leafing time together.

Another part of the tree works ever in the dark, quietly pushing downward in solitary, unforeseeable effort. Of course the deepest roots could blame the highest leaves for making all the dark work necessary. But that would be like blaming Wall Street for the collective turn we are about to make.

Then there is the ugly stuff, the kind of thing that Thoreau went to jail over. As downtime invites the spiritualist to dig deeper within, it also kicks up real dust. Never before have the tools of conflict been so lethally arrayed. Remember the Alamo? That was 1836. Over in Alabama, the Creek nation was driven off its land, again. In Florida, federal troops at Ft. Defiance drew “first blood” in the Seminole War.

If Prechter is right for the right reasons, then in about two more years it should be clear enough to everyone why the peace movement must prevail. Surely, that would be a lesson worth learning once and for all.

[Greg Moses is editor of the Texas Civil Rights Review and author of Revolution of Conscience: Martin Luther King, Jr. and the Philosophy of Nonviolence. He is short gold and the S&P. He can be reached at gmosesx@gmail.com.]

1 Response to Greg Moses : Cramming for the Downside