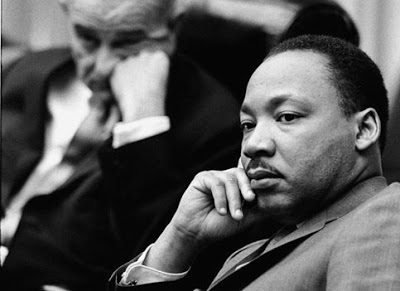 Martin Luther King’s “I Have a Dream” speech is one of history’s greatest orations, as well as one of its most beautiful arias.

To truly honor him and the heartfelt genius he brought us, we must do the one thing that most hurtfully blocked his Dream: we must end the imperial wars in Iraq and Afghanistan, and, at long last, bring our troops home from all over the world.

Because I use it in my U.S. history classes, I have heard Dr. King’s speech scores of times. I play it on a scratchy video whenever possible and never tire of it. It is more sung than delivered, and his sonorous voice and perfect cadence are the equal of any operatic oratorio ever written. Close your eyes and you are in the greatest of all concert halls.

But its message cuts to the core of our entire history. It contains beautiful descriptions of much of our national landscape. It references Stone Mountain, Georgia, where we suffered the formation of the Ku Klux Klan, and Lookout Mountain in Tennessee, the origin of the infamous Scottsboro Boys legal persecution.

It sings with perfect pitch of our most spiritual president, Abraham Lincoln, and the promise made to African-Americans still being given a bad check for 250 years of unrequited labor.

Over the years the speech has gained incredible strength. It was never fully written out, improvised as only a true master can as he went along. With astounding good fortune I did hear it as he gave it, at the age of 17, sitting on the left side of the reflecting pool as you face out from the monument.

In 1966 I met Dr. King as he delivered a hypnotizing sermon in a tiny church in Granada, Mississippi, surrounded by the Klan and the FBI as we marched toward Jackson following the shooting of James Meredith, who had been walking alone to demand the right of black people to vote in the South.

Much has happened since then to frustrate Dr. King’s dream of true social equality. But nothing of more significance than Lyndon Johnson’s horrific decision to escalate the war in Vietnam.

King and Johnson had met over the signing of civil rights legislation that should have revolutionized race relations here and, indeed, throughout the world. There’s no doubt the laws won in the early 1960s through the incredible sacrifices of so many in the civil rights movement have changed this nation for the better.

We now, indeed, have realized the “dream” of an African-American in the White House, something that seemed a far-distant fantasy back then. “In the next century,” we’d say, “there may even be a black man in the White House.” For the first time, it seemed actually possible.

But in the midst of an era of so much promise, the country was ripped asunder from another direction — imperial ambition. The senseless, worthless and ultimately futile tragedy in Vietnam shattered our dreams. It polluted our soul and bankrupted our treasury for no apparent reason beyond what was forever branded “the arrogance of power” by a wise Senator from Arkansas.

This nation has never recovered from that war. Nearly a half-century later, the imperial disease still torments us. From Southeast to Southwest Asia, from the Orient to Africa to Latin America, our troops are still strewn throughout the globe. They are dying in Afghanistan.

The reasons are myriad, and unacceptable. And it was Dr. King who warned of the ultimate outcome most forcefully of all, by linking the denial of civil rights and social justice directly to the folly of empire.

Leading directly from his “Dream” speech, this is the most powerful thing he did. There are those who believe it got him killed. But it is also what has most thoroughly enshrined him.

Having stood by the side of a President of the United States, Martin Luther King had the ultimate temerity to call Lyndon Johnson on his most tragic and costly error. Had LBJ listened, our nation — and his own life — would have been blessed with much much happier outcomes.

King’s defiance of Johnson over his war policy horrified many of the leaders of the civil rights movement. But he was more than right to do it. In linking the movements for racial equality, social justice, and an end to war, King clarified forever the barriers we must overcome if we are to survive on this planet.

This weekend, on the anniversary of that great aria, there are those who would attempt to hijack the symbolism of that fertile time for opposing purposes. They are of little historic consequence, symptoms rather than cures for the imperial sickness that is dragging us down as surely as it did Athens, Rome, Babylon, and so many other societies that could not overcome their suicidal arrogance.

They all have one thing in common: they ignored — and even killed — those prophets who sing history’s most compelling Truth.

The arc of history bends inexorably toward justice, which can come only with peace.

Thank you so much, Dr. King. We love you.

[Harvey Wasserman has been involved in the struggle for peace, justice, and a green earth since the late 1960’s. Harvey Wasserman’s History of the United States is at www.harveywasserman.com.]