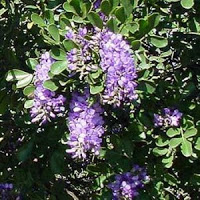 Confusion about this topic is rampant. The great philosopher Hans Jonas seeks “knowledge of the Good, of what man ought to be.”(7) What man (meaning human beings generally) ought to be is not at all the same as what nourishes or benefits us. Jonas is importing concepts of duty and obligation from the articles by Bill Meacham Rightness paradigm, a whole different way of speaking about ethics, but using the term “good” to do so.(8)

(7) Jonas, “Toward an Ontological Grounding of an Ethics for the Future.” p. 104. Emphasis in original.

(8) See my “The Good and the Right” for a discussion of the Rightness paradigm.

(9) Jonas, “Toward an Ontological Grounding of an Ethics for the Future.” p. 104. Emphasis in original.

Jonas, Hans. “Toward an Ontological Grounding of an Ethics for the Future.” In Mortality and Morality: A Search of the Good after Auschwitz, ed. Vogel, Lawrence. Evanston, IL: Northwestern University Press, 1996.

Wikipedia, “Form of the Good.” Online publication, URL = http://en.wikipedia.org/wiki/Form_of_the_good as of 7 February 2012.