It Is Not Too Late to Redeem the Situation 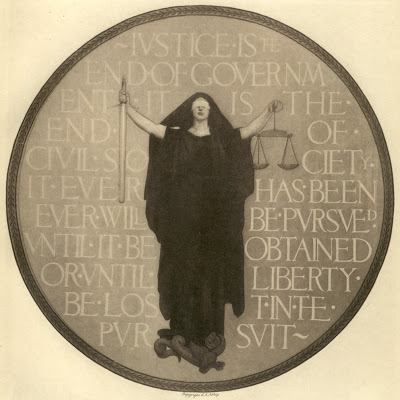 Most of the discussion of Ron Suskind’s new book, “The Way of the World,” has focused on a single anecdote. Citing CIA sources, he claims that the White House ordered the production of a rather clumsy forgery of a letter from the head of the Iraqi intelligence service to Saddam purporting to prove that Muhammad Atta, the leader of the 9/11 hijackers trained in Iraq and that Iraq was attempting to buy uranium from Niger. The forgery was leaked to a sympathetic British journalist in 2003 and had little impact. The content was immediately seen to be implausible. Though the anecdote is juicy, and apparently true–the letter exists, after all–it is somewhat beside the point and tends to confirm my suspicion that those who discuss such books read only the first and last chapters (or their reviews). Having by chance had a tedious trans-Atlantic flight to endure, I read the whole book in a single sitting. There is much more than the not wholly surprising news that someone at the White House panicked and tried to cover himself politically by forging a document. It is a book of singular beauty and importance.

First, and less important, the forgery anecdote is part of a larger story about the failure and misuse of American intelligence in the run-up to the Iraq war, especially in human intelligence. Suskind reveals that skillful British agents had managed to develop two highly placed sources within the Iraqi government prior to the start of the war–the head of intelligence who supposedly wrote the incriminating letter and the foreign minister. Both told the British that there were no weapons of mass destruction and explained why. This news was passed to the White House, which chose to ignore it. Suskind points out that the CIA had been totally unable to develop such sources. He also tells an even more alarming tale about how George Bush deliberately blew the British operation that was watching the development of the plot to blow up airliners over the Atlantic. Despite American urgings to shut the plot down immediately, the British wanted to wait until the plotters revealed their plans and contacts. They were forced to act prematurely when the US had Pakistan arrest a key intermediary between the plotters in Britain and al-Qaeda. The purpose was apparently to allow Bush to claim progress in preventing terrorism in the run-up to the 2006 congressional elections.

Much more important is the main theme of the book, the role of moral authority in the struggle against terrorism. Suskind argues that American democratic ideals retain a powerful appeal throughout the world. He makes this point by telling the stories of a number of individuals: an American official desperate to prevent terrorists from getting enriched uranium, an Afghan teenager in America on an exchange program, a lawyer from Illinois and her client in Guantanamo, a young Pakistani man educated in the US and living and working in Washington who is arrested by the Secret Service one day when walking to work past the White House, a former US ambassador to Pakistan who wants to see something like the Peace Corps to express what is best about America, Benazir Bhutto, who despite herself finds herself at the head of genuine democratic movement but went to her death believing that America had been unwilling to protect her, and others. Their stories are often touching and beautiful; Suskind can write. The Illinois lawyer convinces her new client in Guantanamo that she is genuine by laying twenty-six annual bar association membership cards on the table between them. The young Pakistani emerges from hours in the interrogation cell beneath the White House (God help us, there apparently is such a thing) to find that his co-workers are waiting with a cake to welcome him back. Later, when Musharraf declares martial law and shuts down the Pakistani media, he and his Pakistani-American fiancée set up an impromptu news service funneling information back to the leaders of the democratic lawyers’ movement in Pakistan. The young Afghan exchange student is asked for the first time in his life what he thinks is right. A former military judge remembers seeing the key to the Bastille at Mount Vernon and writes a memo exposing the trials at Guantanamo as farces.

Contrasted with these people and their hopes and ideals are the lies, the cruelty, the ruthlessness, and the sheer injustice that have characterized America’s prosecution of the “Global War on Terror.” We have been told that these abuses have been necessary to fight a new kind of enemy. Suskind does not dwell on these abuses; they have been summarized with white anger in Jane Mayer’s “The Dark Side,” a book that can be usefully read with this one. Suskind argues that these abuses have actually undermined the struggle against terrorism.

Suskind points out that Bin Laden and al-Qaeda have tapped an old folk tale theme: the prince who leaves the palace behind to live with the people and defend justice. He argues that people like Ayman al-Zawahiri have skillfully deployed this myth to make Osama Bin Laden a champion of justice and Islam. Suskind argues that the ethical corner-cutting of the War on Terror has simply confirmed the jihadist portait of a hypocritical America whose real interest is the colonization of the Islamic world. Guantanamo stands as proof that American pretensions are hollow.

But there were not only torturers at Guantanamo; there were also American lawyers— even American military lawyers—who chose to defend the detainees out of a stubborn commitment to law and justice. Suskind argues passionately that it is not too late to redeem the situation, that there is a counter-narrative in which American democratic ideals do prevail, in which America does the right thing, not because it is good public diplomacy and will advance America’s interests, but simply because it is moral and ethical and the right thing to do. The world needs and desperately wants America to lead with its moral ideals.

Suskind is right about this. I have been living for the last year in Turkey, once a fervently pro-American country. A year ago public opinion polls showed that only 9 percent of Turks had a favorable impression of America. That has risen somewhat of late, partly due to simple relief that George Bush’s term would soon be over but also out of astonishment that America might elect a Black man with a Muslim name as President. The corresponding thing here, electing a Greek or Armenian as prime minister of Turkey, is inconceivable—but people want America to be different. They are beginning–very cautiously–to let themselves believe that the old America, Lincoln’s “last best hope of mankind,” might return. Suskind’s goal is to urge us Americans to let this happen, both through new government policies and through the actions of individual Americans. May it be so.

This entry was posted in RagBlog and tagged Bush Administration, War on Terror. Bookmark the permalink.