Jack A. Smith :
Obama is wrong about natural gas

A new scientific study argues that both shale gas and conventional natural gas have larger greenhouse gas footprints than do coal or oil. 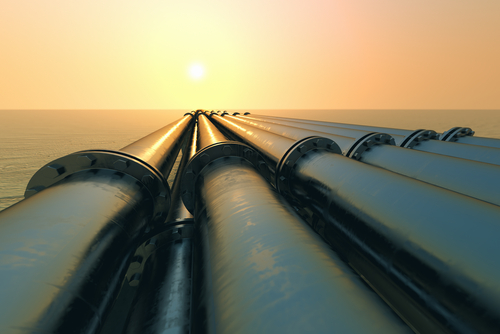 Natural gas: a bridge too far? Image from Salon.

Natural gas is falsely promoted by the Obama Administration and energy corporations as a “bridge fuel” that will allow American society to continue to use fossil energy over the coming decades while emitting fewer greenhouse gases than from using other fossil fuels such as coal and oil.

On this basis, President Obama is providing total support to a massive expansion of hydraulic fracturing (fracking) for natural gas within the U.S. He seeks sufficient quantities to last for many decades, allowing the U.S. to export liquefied natural gas and oil throughout the world.

Counting on lower greenhouse pollution from the use of natural gas, Obama has also instituted a major campaign to greatly increase the amount of crude oil extracted from within the U.S., in good part from fracking. In mid-July the AP reported:

The Obama administration is reopening the Eastern Seaboard to offshore oil and gas exploration, approving seismic surveys using sonic cannons that can pinpoint energy deposits deep beneath the ocean floor.

Here’s the catch: A new scientific study — “A Bridge to Nowhere: Methane Emissions and the Greenhouse Gas Footprint of Natural Gas” — argues that both shale gas and conventional natural gas have larger greenhouse gas footprints than do coal or oil, especially for the primary uses of residential and commercial heating.

The author, Dr. Robert Howarth, a professor of ecology and environmental biology at Cornell University, came to this conclusion after assessing the best available data and analyzing greenhouse gas footprints for both methane (including shale gas and conventional gas) and carbon dioxide over a timescale of 20-years following emissions.

‘We have to control methane immediately, and natural gas is the largest methane pollution source in the United States.’

“We have to control methane immediately, and natural gas is the largest methane pollution source in the United States,” said Howarth, who explains that Earth may reach the point of no return if average global temperatures rise by 1.5 to 2 degrees Celsius in future decades.

If we hit a climate-system tipping point because of methane, our carbon dioxide problem is immaterial. We have to get a handle on methane, or increasingly risk global catastrophe….

While emissions of carbon dioxide are less from natural gas than from coal and oil, methane emissions are far greater. Methane is such a potent greenhouse gas that these emissions make natural gas a dangerous fuel from the standpoint of global warming over the next several decades. Society should wean ourselves from all fossil fuels and not rely on the myth that natural gas is an acceptable bridge fuel to a sustainable future.

Obama’s permission for oil companies to explore the Eastern Seaboard from the outer continental shelf from Delaware to Florida will produce trillions in profits as well as heavily contribute to global warming. AP reports that

Oil lobbyists say drilling for the estimated 4.72 billion barrels of recoverable oil and 37.51 trillion cubic feet of natural gas that lies beneath federal waters from Florida to Maine could generate $195 billion in investment and spending between 2017 and 2035, contributing $23.5 billion per year to the economy.

(At this stage the northern limit is Delaware, but it well may be extended in time.)

The use of sonic cannons to detect energy deposits creates noise pollution in waters shared by whales, dolphins and turtles.

Incidentally, the use of sonic cannons to detect energy deposits creates noise pollution in waters shared by whales, dolphins and turtles, sending sound waves many times louder than a jet engine reverberating through the deep every 10 seconds for weeks at a time. Seeking to head off presidential approval for East Coast exploration, some environmental groups pointed out that endangered species could be seriously harmed by the noise. The Bureau of Ocean Energy Management said this was true, but moved ahead.

The U.S. government’s heavy concentration on producing and using such “bridge” fuels as natural gas, “clean” coal, oil and nuclear power, with only token attention to renewable resources such as wind and solar energy, will significantly increase global warming. But as with sonic cannons and sea creatures, trillions in quick profits for the capitalist economic system trump the needs of unimaginable numbers of human beings who will suffer the consequences.

This article is based on two recent reports on methane from Science Daily and from Dr. Howarth’s scientific paper published in Energy Science & Engineering. His technical article is here.

3 Responses to Jack A. Smith :
Obama is wrong about natural gas